Incidents at the Obelisk: ten people created a disturbance at the celebration of the victory of the Argentina national team 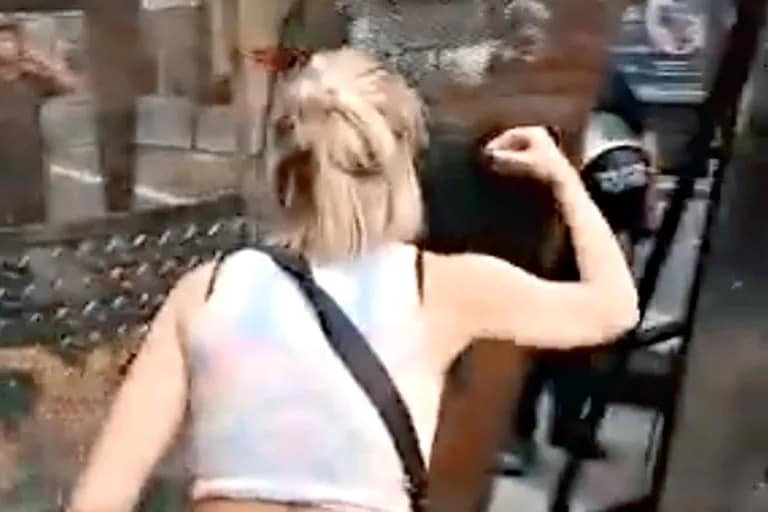 Amidst celebrations for Argentina’s 3-0 win over Croatia, which put the team through to the final World, Thousands of fans gathered at the obelisk to cheer on Scaloni’s team. around 8:00, a A small group of people started throwing stones, that led to a rapid series of events they were controlled According to police sources.

According to the city police, the incident broke out when a group of people, in an inebriated state, started pelting stones. As he noted, the riots were quickly brought under control and after Three people aged 31, 25 and 22 were arrested,

For this reason, personnel from that division went ahead and managed to re-establish the fence to prevent people from passing through the security perimeter.

The defendants were transferred to the Central Identification Office (OCI) of the City Police and placed at the disposal of the East Flagrant Unit for assault and resistance to authority.

On the other hand, motorized personnel of the Buenos Aires police arrested two men for theft in Tucuman and Pellegrini.

In another order, two men and two minors were transferred to Argerich Hospital by SAME and Acudir ambulances.

One of the adults suffered seizures at Plazoleta Norte del Obelisco and the other was found at Diagonal Norte with “less vital signs”.

At the same time, a minor was transferred due to a fall and a seven-month-old child was referred by an ambulance due to difficulty in breathing.

Another minor with seizures was treated at the same location by SAME.

The officers also caught a minor under the age of 13 who was missing as he was waiting for the mother to appear.

Amidst the incident, Human Rights Secretary Dr. Horacio Pietragalla CortiPointed against the actions of the city police and assured that “the guarantee of the celebration will be presented in court.”

“We ask the head of government, Horacio Rodríguez Lareta, that the Buenos Aires City Police stop repressing and inciting Argentines who went as a family to celebrate the national team’s victory at the obelisk,” Pietragalla Corti Wrote in his account.

“Celebrating a sporting victory is also a right for all of us,” the national official added and concluded; “We will make judicial submissions to guarantee the celebration and find those responsible for the police violence perpetrated by the city police,” the secretary said.

Personnel from the Urban Order Division of the City Police learned that incidents were taking place in Corrientes and Libertad, where protesters scaled barricades and threw blunt objects.

A Lionel Messi penalty and a brace from Julián Alvarez earned Argentina a 3-0 win over Croatia on Sunday and sealed their ticket to the World Cup finals. On Sunday at 12 o’clock he will face the winner of the semi-final which will be played between France and Morocco tomorrow.

Thousands of fans climbed the fence that the Buenos Aires government put up in front of the obelisk before the end of the game to the beat of bass drums, drums and a song that has already been made into an anthem by Argentine fans in this tournament . Wherein everyone got up in chorus: “Boys, now we’re excited again, I want to win the third one, I want to be world champion.”

“We came to celebrate,” said two-year-old Gustavo. Country, “We’re from Chubut, we came to get our son’s medical checkup and we took the opportunity to go out to watch the game and celebrate,” added his mother Barbara, 29, as they walk toward the intersection of Corrientes and 9 The De Julio Way. They were just two of the thousands of Argentines who chose that point to celebrate.

around 19 he started hearing the explosions of firecrackers and drums around the obelisk, The crowd was swayed by songs and bugles that didn’t stop and kicked off a night full of emotion

Similarly, the Major corners of the neighborhoods and inland cities of Buenos Aires They were filled with fans wearing national team shirts, vuvuzelas and flags.

With inputs from Telam