Incredible ‘Space Jellyfish’ seen in the sky after SpaceX launch 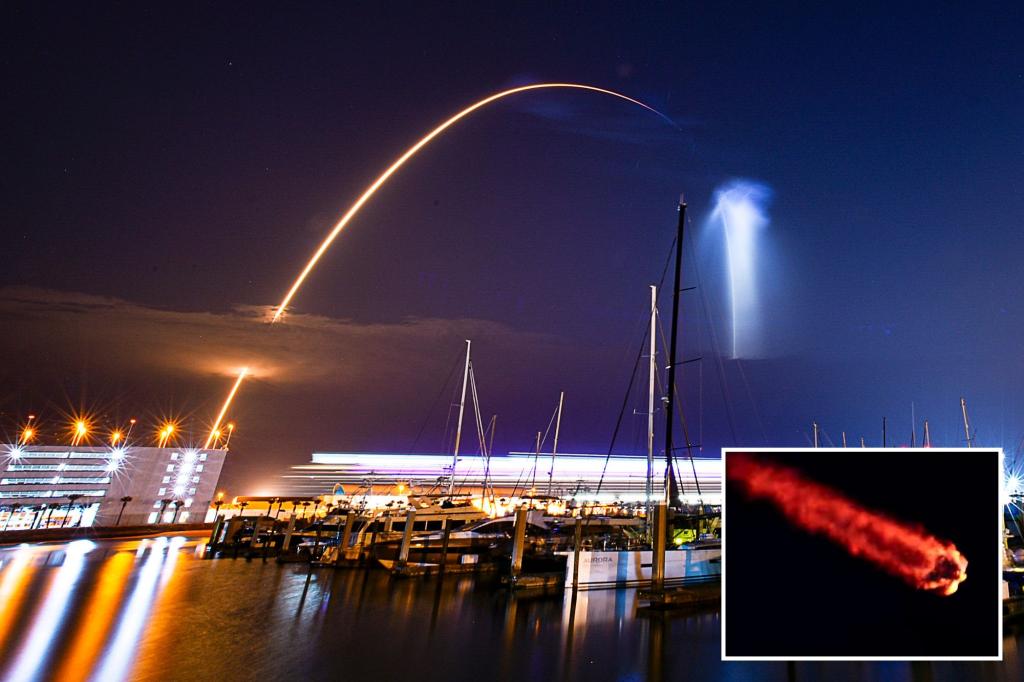 A SpaceX launch left a wild event in the sky as a Falcon 9 rocket traveled through space at break-neck speed.

On average, Elon Musk and SpaceX will launch a rocket once a week this year.

This morning, a Falcon 9 rocket carrying 53 Starlink satellites made a successful launch and left behind an enchanting glow in the sky.

“Basically, what’s happening is it’s still dark outside, but you have the sun illuminating the plume,” said a SpaceX executive.

The rocket took off from the Kennedy Space Center in Florida at 5.43 a.m. this morning.

When a Falcon 9 rocket takes off with a thrust of about two million pounds, an explosion of fuel occurs in the combustion chamber.

In a paper published by Glenn Research Center, NASA wrote “Combustion produces hot exhaust that is passed through a nozzle to accelerate the flow and generate thrust.”

The hot exit was illuminated as the Falcon 9 reached the heights where the sun’s rays began to fill the morning sky.

Musk tweeted “Another Starlink mission completed” after the satellites were deposited into orbit.

Starlink is a subdivision of SpaceX that provides high-speed internet to customers around the world via satellite.

Musk treated the press heroically when he fast-tracked Starlink terminals into Ukraine at the start of the Russian offensive.

This most recent payload adds to the 132 metric tons of equipment that SpaceX has deposited in low-Earth orbit.

The next launch is scheduled for May 10 – another round of Starlink satellites will blast off on a Falcon 9 rocket from Vandenberg Space Force Base in California.

While SpaceX and Starlink are ahead of the pack on satellites, Jeff Bezos’s space company is gaining ground.

Project Kuiper is Amazon’s Internet-to-Space initiative and has been approved by the FCC to put more than 3,000 satellites into low Earth orbit.

This article originally appeared on sun and was reproduced here with permission.