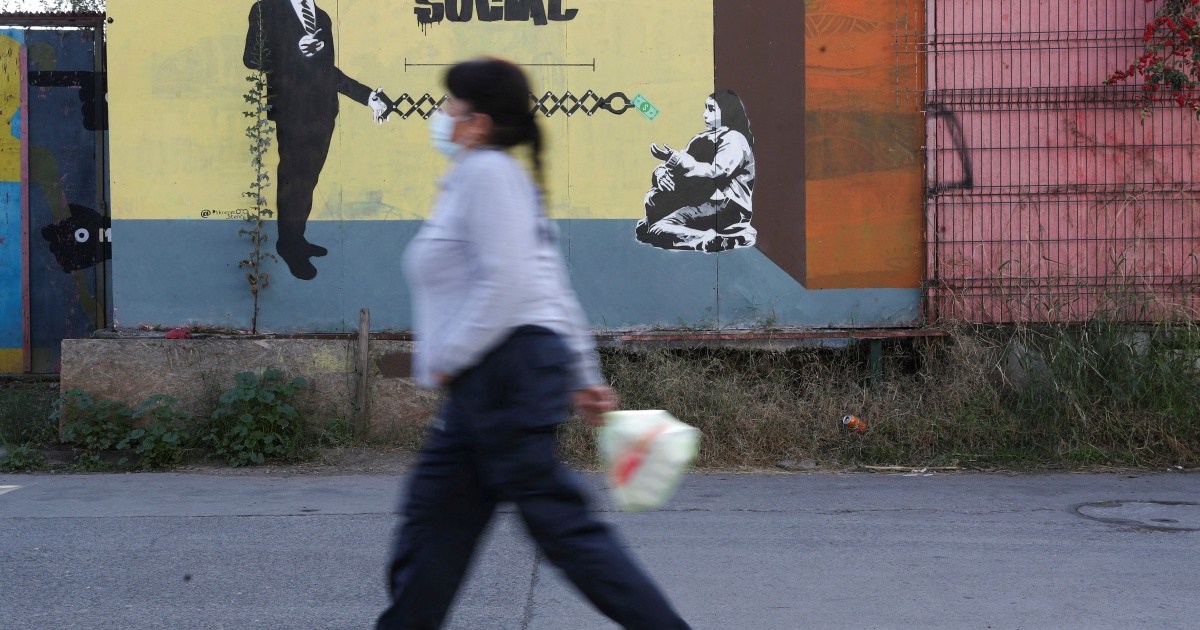 Santiago, Chile – Inequality in Latin America and the Caribbean is the root cause of the region’s high COVID-19 death rates, a joint report by Amnesty International and the Center for Economic and Social Rights has found.

Examining data from the start of the pandemic in 2020 to February this year, the report released on Wednesday revealed that more than 1.6 million people died of COVID-19-related causes in Latin America.

This would mean that Latin America accounts for nearly a third (28 percent) of total COVID-19 deaths – despite only 8.4 percent of the world’s population living in the region.

“The death rate from COVID-19 is high around the world, but in Latin America, the number is disproportionate to the population,” Amnesty researcher Diego Vazquez told Al Jazeera.

Of the 17 Latin American and Caribbean countries mentioned, Peru had the highest per capita mortality rate, with poverty and pre-existing health conditions cited as primary causes. In Brazil, racial discrimination and lack of access to health facilities for minority groups and indigenous peoples were chosen as the main factors.

While there is no “one size fits all” solution, the report highlights inequality in the region as a general “human rights crisis” that must be addressed urgently to avoid a repeat of the scenario.

In Chile, one of the region’s most prosperous countries, Amnesty highlighted the pitfalls of the country’s largely privatized health care system, which is only for those who can afford it.

“In Chile, 20 percent of the country’s richest have 10 times more people than their poorest, which is terrifying,” Vazquez said, highlighting that Chile has a share of Peru, Brazil, Colombia, Paraguay and It has the sixth highest per capita death rate after COVID-19. Mexico.

“For the resources Chile has, the results are not what you would expect,” he said.

Orlando Cortés lives in a poor neighborhood in Lo Espejo, on the outskirts of the Chilean capital, Santiago. He describes the area as a “red zone” with high crime rates related to unemployment, lack of education and narco-trafficking.

During the pandemic, Cortés turned his home into a soup kitchen to distribute food to dozens of struggling neighbors. “We have no health rights here, we live a different reality,” he said, referring to the high rate of COVID-19 deaths in the area. Cortes lost his brother to the virus last year, a moment he remembered as sudden and painful.

“We do not get any help from the government. If any of us is sick then we have to help each other,” he said.

Amnesty presented the report on Monday to health officials in the administration of Chilean President Gabriel Boric, noting the government’s commitment to human rights.

Boric’s election promises, a left-wing millennial who took office in March, include reforms in the privatized sectors and increased public spending. Earlier this month, the government confirmed plans to raise the minimum wage from $424 (350,000 pesos) to $496 (400,000 pesos) as part of a $3.7 billion pandemic economic recovery plan.

However, Bank of America cautioned that rising inflation rates would be a main obstacle to Borick’s reform ambitions.

Meanwhile, the Amnesty report urged Chile to increase public health spending from 4.7 percent of its gross domestic product (GDP) to at least 6 percent. “It’s difficult,” Vazquez admitted. “These are long-term objectives that will not be achieved overnight.”