Infran at a press conference: “The nuclear medicine center is already participating, only the protocol issue is missing for its opening” 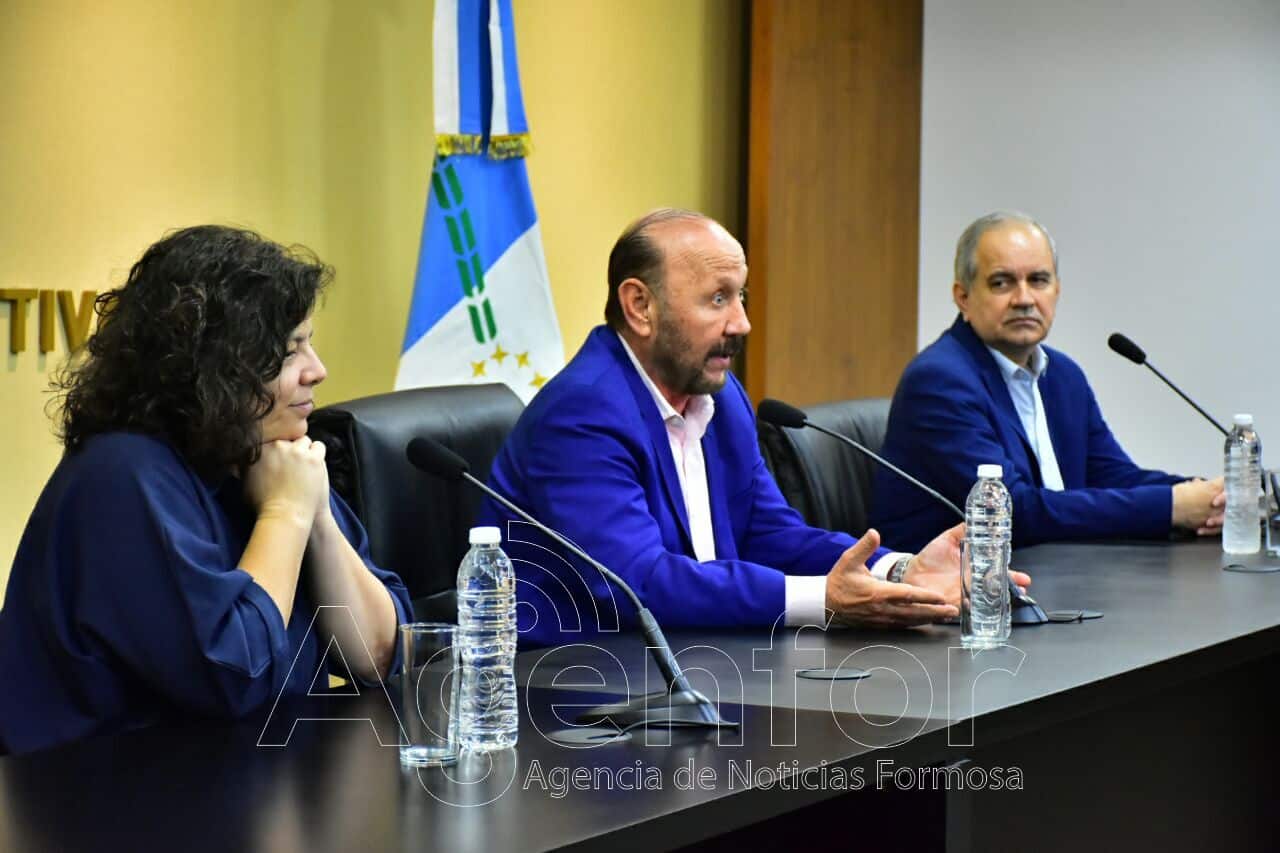 As part of his visit to the province, the nation’s Minister of Health, Carla Vizzotti; Governor, Gildo Infran; and Anibal Gómez, Minister of Human Development, held a joint press conference where they addressed various issues related to the Department of Health.

One of them was the early opening of the Center for Nuclear Medicine and Radiotherapy, which will mark a new milestone in provincial public health and will be tasked with ensuring equity and access to infrastructure, state-of-the-art facilities for the entire population. equipment, and professional and technical human resources.

In this regard, Governor Infran confirmed that the “only missing” for its formal opening is the “protocol issue”, but clarified that the center “already has patients and is attending.”

“It is also our wish, but we want it to be an excellent event, as it deserves, so we want our highest officials to be present at this inauguration,” he said.

The first president was also consulted about his vision as a “federal government” and replied: “When I say that the people of Formosa, wherever they may be born, they must fulfill themselves Should get opportunity, I am talking about federalism”

“This country was created by federations, unfortunately later unitarities took over, we fought for this historical claim that makes up Norte Grande and that’s how we worked in our province,” he said.

To illustrate this idea, he took as an example the unequal procurement and distribution of vaccines against COVID 19 and recalled that “central countries bought five times more than their population.”

“They took the vaccine when there was a whole continent that barely reached 2% vaccination, in the case of Africa, if you think this model is fair, we don’t think so from Peronism,” he underlined.

Infran also mentioned the inauguration of the Environmental Center for the Integral Management of Urban Solid Waste (GIRSU), which took place last Tuesday 15 in the presence of Juan Cabandi, Minister of the Environment portfolio of the nation.

The center is the first of eight being carried out in the country, for which reason, he considered, “is also an honor for the people of Formosa and a demonstration of efficient management.”

“And the social meaning of it is impressive, because there are 170 families that were in an untidy situation who are now going to have a good job within that space,” he stressed.

In relation to Vizzotti’s arrival, he highlighted the importance of this new provincial vaccine storage center because “they need these cameras to protect themselves and not lose their cold chain.”

By the way, the governor insisted on “my compromisers” to appear for vaccinations and respect the calendar, at the same time he insisted that “there are vaccines.”

Regarding the end, Infran reiterated that “the pandemic has not passed” but “it is still there”, therefore, as long as there are possibilities of circulation and mutation of the virus “you have to get vaccinated.”

“There are laboratories in central countries that talk about a monovalent vaccine because of the variety of strains, so it is convenient to get vaccinated,” he said.

For her part, the head of the nation’s health portfolio, Carla Vizzotti, referred to the importance of the new provincial vaccine storage center and stressed that “moving forward in the construction of vaccine warehouses triples storage capacity and generates quality “

Also, he highlighted the eight ambulances distributed during the opening ceremony that “are part of this rebuilding of the health system.”

Likewise, the official valued “the work done in Formosa” in terms of health and education and considered it “really very important”, highlighting the strengthening with the acquisition of freezers and mobiles for federal distribution of the same throughout the province. Poured. ,

“All of this generates equity so that it is easier to access primary prevention through vaccines,” he said.

Finally, Vizzotti stresses that it also improves the quality of work for a fundamental human resource, ie the team that works on vaccinations, “which was very visible during the coronavirus pandemic and is currently She is doing this work very carefully.” ,

“There exists a state, prioritizing health and working on social and economic support, and this is valued by society,” he concluded.