INM recovers bodies of 83 migrants in Rio Grande in 2022 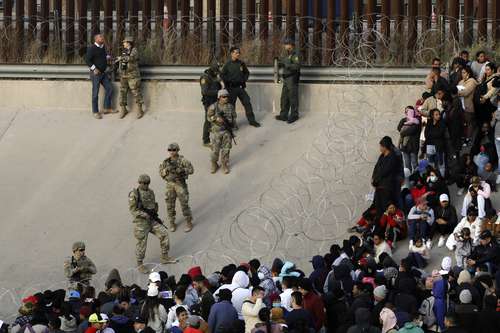 During 2022, agents of the National Institute of Migration (INM), dedicated to humanitarian work (Grupos Beta), recovered the bodies of 83 migrants, most of whom drowned in the Rio Grande on the Mexico–United States border.

Although there is no specific count for the previous year, the INM report for January–August 2021 reports 46 bodies recovered from the river; In that period, half used to die due to drowning, now it has become 91 percent.

BETA groups were formed in the 1990s, in Baja California, as a way of combating crime related to migration, but their work soon turned into humanitarian aid to support crime victims, as well as the sick and injured, who Can’t cross it. Neighboring country

INM data indicates that beta groups, identified by their orange clothing, help people in critical situations when they pass through deserts, jungles, mountainous areas, or the Rio Grande.

The causes of death of migrants in 2022 include accidents, gunshots and health problems apart from drowning.

On a general level, from January 1 to December 22 of the year ending, BET groups assisted 171,563 Mexicans and foreigners during their entry, transit, and exit from national territory.

INM reported that 124,654 of the 171,563 assistance corresponded to humanitarian assistance; 1,570 for rescue in at-risk areas; 88 for first aid for injuries; three for location causing damage; six for legal advice, and 45,242 for various services.

In testimonies released by the INM (gob.mx/inm/documentos), Jose Arnulfo Vargas Villarreal, a beta agent from Tamaulipas, describes a rescue at a dangerous water crossing on the Rio Grande, on a day when the current was raging.

There they managed to rescue two people from Guanajuato.

In another case, Martín Demetrio Rojas Márquez from Beata in Oaxaca remembered the support he had given to two Guatemalans who had been attacked with knives by criminals and another wounded at a different point, so he went looking for him. “She had deep injuries to her heels, head and back.”

In another incident, Jesús Alonso Caron Riquena, agent of Coahuila, describes an action on the Rio Grande:

“At that point, the deeper you go, the deeper you sink, so there comes a time when you have to swim. The family stood on a stone, risking losing balance and being swept away by the current.

In the most dangerous part of La Rumorosa, in Baja California, Amilcar Medina Rodas rescues a young man from Tlaxcala in the harshest part of the winter. And although the boy recovered, his parents could not be found. After a week of searches, day and night, the operation was canceled, but a year later, in another action, the father’s remains were found. The son said that at least one could have been given a “holy burial”.