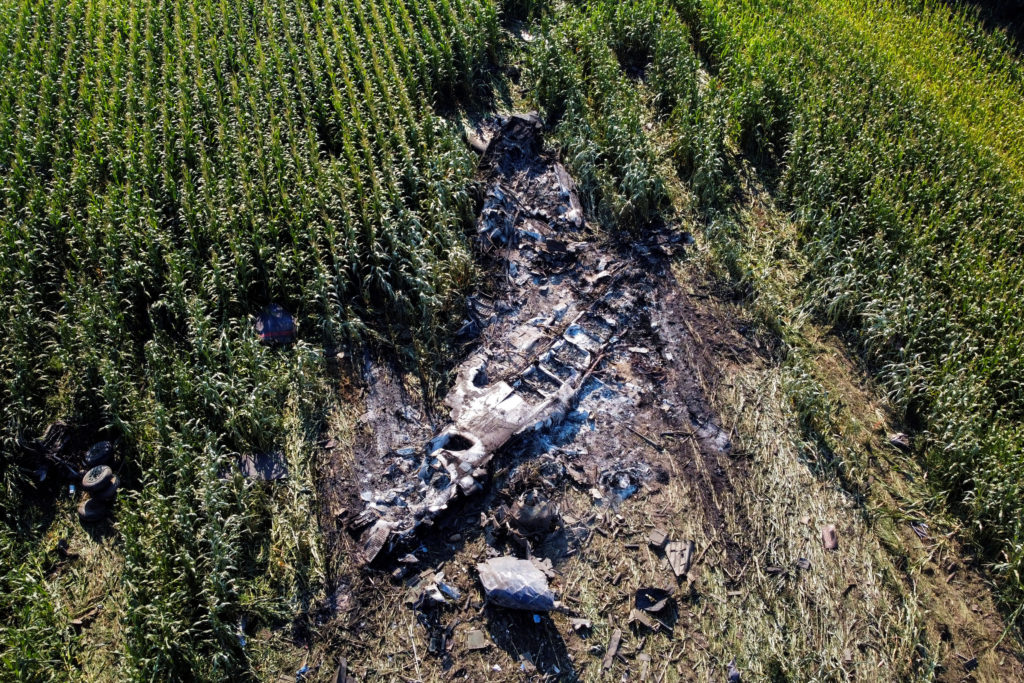 PALICHORI, Greece ( Associated Press) – Experts were investigating a plane crash site in northern Greece on Sunday to determine if there were any dangerous chemicals or explosive cargo left.

Officials said when they finish their work later in the day, they will clear the way for forensic experts to collect the bodies of the crew.

An AN-12 cargo plane rammed into the fields between two villages late on Saturday night. Its torso was dragged on the ground for about 170 meters before it disintegrated, officials said.

Local residents reported seeing fireballs and hearing explosions for two hours after the accident. Even on Sunday morning, a plume of white smoke was rising from the front end of the plane.

Flames rise at the crash site of a Ukrainian company-owned Antonov An-12 cargo plane near Kavala, Greece, on July 16, 2022. Laskaris Tsotsus / Eurokinisi via Reuters.

Serbian Defense Minister Nebojsa Stefanovic told a news conference on Sunday that all eight crew members were killed. He said the plane was carrying 11.5 tonnes of Serbian-made mortar ammunition to Bangladesh, which was the buyer. It had taken off from the city of Nis in Serbia and was scheduled to stop in Amman, Jordan.

The plane was operated by the Ukrainian cargo carrier Meridian, and the Ukrainian consul in Thessaloniki, who has arrived at the crash site, told local officials that the crew were all Ukrainian.

“These were illuminating mortar mines and training (mines). … This flight had all the necessary permissions as per international regulations,” Stefanovic said.

The plane crashed shortly before 11 p.m. about 40 kilometers (25 mi) west of Kavala International Airport. Minutes earlier, the plane’s pilot had told air traffic controllers that one of its engines had a problem and was to make an emergency landing. He was directed for Kavala but never made it there.

The aircraft is a Soviet-era four-engine turboprop cargo carrier. 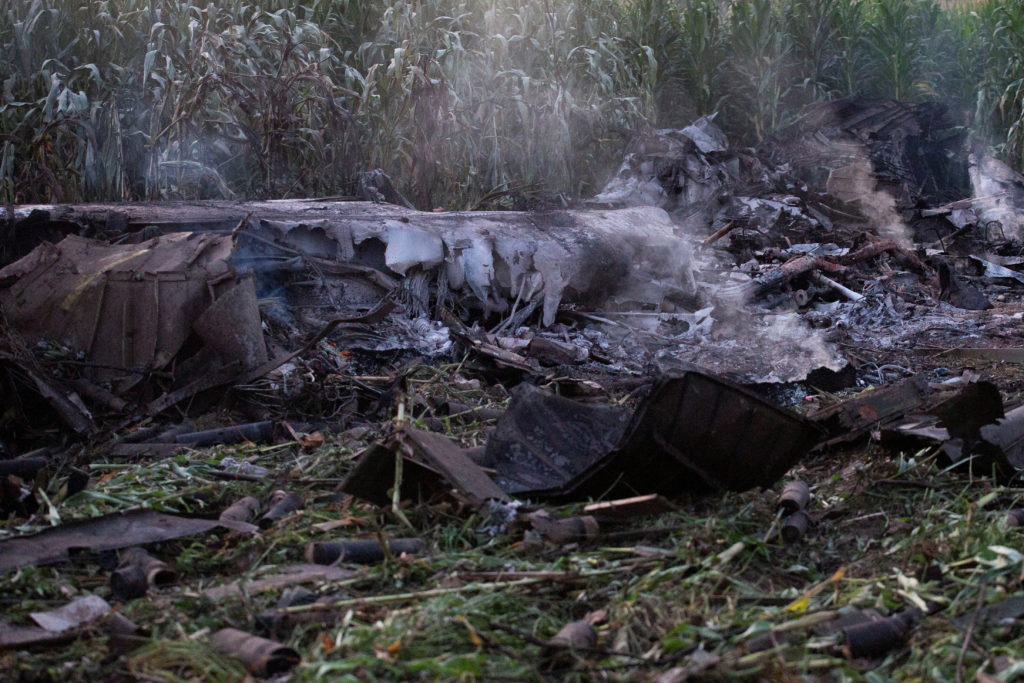 Debris is seen at the crash site of an Antonov An-12 cargo plane owned by a Ukrainian company, near Kavala, Greece, July 17, 2022. Photo by Reuters Stringer.

Drone footage shows what is left of the plane are tiny bits of it. Firefighters, who arrived at the scene in the night, were prevented from reaching the accident site due to the smoke and strong odour, which they feared could be poisonous.

Nearby residents were told to keep their windows closed throughout the night, not to step out of their homes and wear masks. Officials said they did not know whether the aircraft contained hazardous chemicals contained in the batteries.

The fire service has cordoned off the area within a radius of about 400 meters.

The mayor of Pagaio Municipality, which has two villages close to the accident, has banned vehicular movement on the surrounding roads.

Nellas reported from Athens, Greece and Gec from Belgrade, Serbia.

Kyle Rittenhouse’s murder trial, controversy over terms such as “victim”