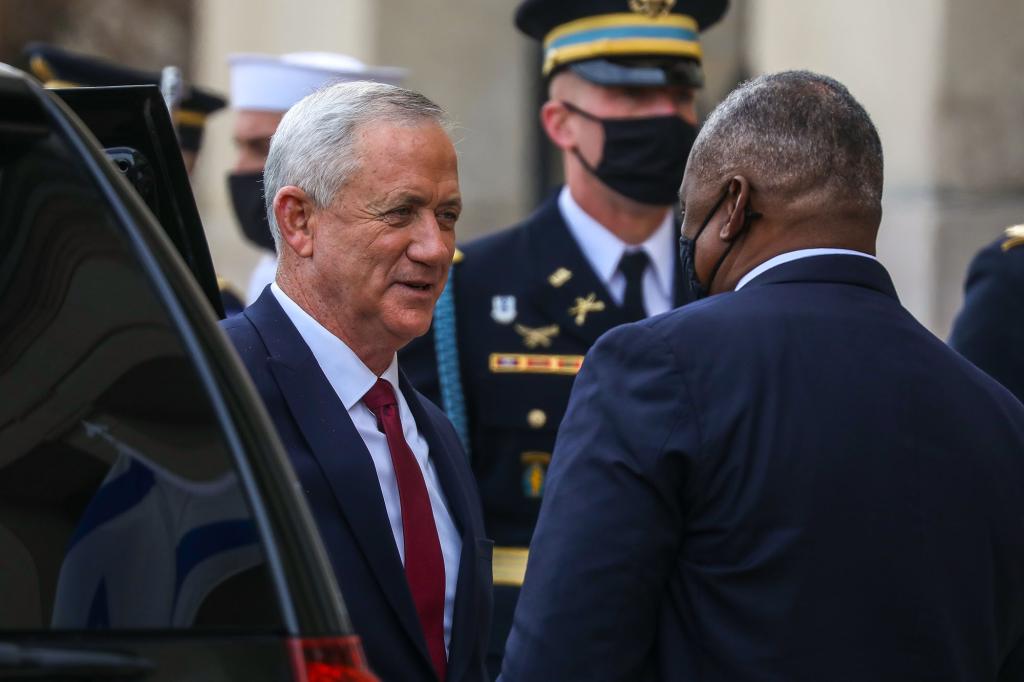 Israel’s defense minister announced on Monday that the US and Israel are building an air defense coalition in the Middle East that has already thwarted Iranian attacks.

Benny Gantz gave few details about what he called the “Middle East Air Defense Alliance,” or MEAD, in testimony before the influential Knesset Foreign Affairs and Defense Committee, including what other countries are members or what kind of operations he has conducted.

“Last year, along with my colleagues at the Pentagon and [Biden] administration, we are advancing an extensive program to strengthen cooperation between Israel and the countries of the region under the auspices of the United States,” Gantz wrote on Twitter on Monday morning. according to the translation of the post.

“This plan is already in place and has prevented Iranian attempts to challenge Israel and other countries in the Middle East,” Gantz added, noting attempts by Iran and its proxies to carry out attacks with “missiles, cruise missiles and UAVs.” [drones]”.

In recent years, Israel has formed a series of partnerships, some openly and others covertly, with the Gulf Arab states threatened by Iran.

During his testimony, Gantz said President Biden’s visit to Israel next month would “support that process.” Biden is also due to visit the West Bank and Saudi Arabia from July 13 to 16.

The Pentagon did not immediately respond to The Post’s request for details of the US role in the alliance. Gantz’s comments came just over a month after he met with US Secretary of Defense Lloyd Austin in Washington.

Yoel Guzansky, a Gulf expert at the Institute for National Security Studies, a Tel Aviv-based think tank, told The Associated Press that the new partnership Gantz mentioned should not be compared to regional mutual defense alliances such as NATO, as “no one expects” Israel and the Arab countries protect each other in the event of an attack by Iran.

Instead, he said, countries began sharing information, such as early warning radar intelligence, under the auspices of the United States.

Guzansky added that it was unlikely that the Arab partners would be publicly named due to the sensitivity involved in working with Israel. However, he said it was “an interesting development”.

“If we look on the bright side, then this is a start, and a lot can grow out of it,” he said. “This is the first stage.”

Inside a real-life inheritance drama at Scholastic