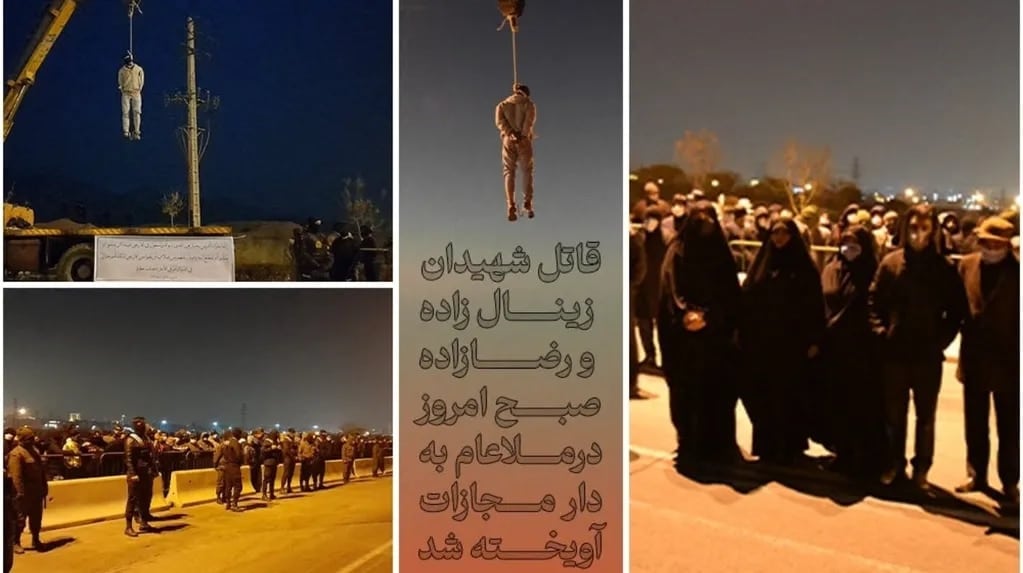 Iran publicly carried out a second death sentence on Monday for participating in the protests that have rocked the country since September.

Majidreza RahnavardThe 23-year-old was sentenced to death by a court in the northeastern Iranian city of Mashhad for killing two members of the security forces and injuring four people, according to the official version. Human rights groups said he was convicted in “a show trial” and forced to confess under pressure.

He was hanged publicly, not inside the jail Meezan OnlineJudiciary Information Agency.

Read also: Iran will impose a new ban on women who do not wear burqa: it will block their bank accounts

This is the second hanging related to the protests after Thursday’s hanging Mohsin ShekhriA 23-year-old man was also convicted of assaulting and injuring a paramilitary force. Meezan Online He also posted footage of Rahnavarad’s execution, possibly taken before dawn, which shows a man with his hands tied behind his back and hanging from a rope attached to a crane.

Human rights groups condemn the execution of an Iranian protester

“The public execution of a young protester, 23 days after his arrest, is yet another grave crime committed by the Islamic Republic’s rulers and a significant escalation in the level of violence against protesters,” he added. AFP Mahmoud Amiri-MoghaddamDirector of Norway-based NGO Iran Human Rights (IHR).

“Majidreja Rahnavard was sentenced to death on the basis of a grossly unfair trial and coerced confession after a show trial,” he added.

Monday’s execution is the first in public in the context of protests following the September 16 death of Mahsa Amini, a 22-year-old Iranian Kurdish girl after being detained by morality police for breaking a strict clothing code.

Since its creation in 1979, the Islamic Republic of Iran has been rocked by several waves of protests, but this crisis is unprecedented in its duration, given the fact that it occurs in multiple provinces, involving different ethnic groups and social classes. There are, and direct invocations are also included. for the end of the reign.

Iran’s judiciary said it has so far sentenced 11 people to death in connection with the protests, which officials described as “riots”. But activists say a dozen more people face capital punishment.

“Show trial without due process. This is how they want to stoke protests across the country,” he said. omid memarianIran analyst at Democracy for the Arab World Now (DAWIN).

Rahnavarad was detained on November 19 when he tried to flee the country Libra,

According to information published before his execution, Rahanavarad was a youth fan of “fitness” and an amateur wrestler.

online media 1500 images It is said that the family was not informed of the execution until it was carried out. Webb published photographs of his last meeting with the mother, who walked in without knowing that her son was about to be hanged.

Several NGOs warned on Sunday that several Iranian death row inmates could be executed as soon as possible, including great sadrat why Sahand Nurmohammedzadeh,

The Office of the United Nations High Commissioner for Human Rights said it was “in shock” upon learning of this new execution, “only three weeks after his arrest.” Before the announcement of the second execution, Iranian film director Asghar Farhadi He took to Instagram to call on the authorities to end these deaths: “Slashing and killing defenseless and oppressed youth will only bring them more anger and more hatred,” he said.