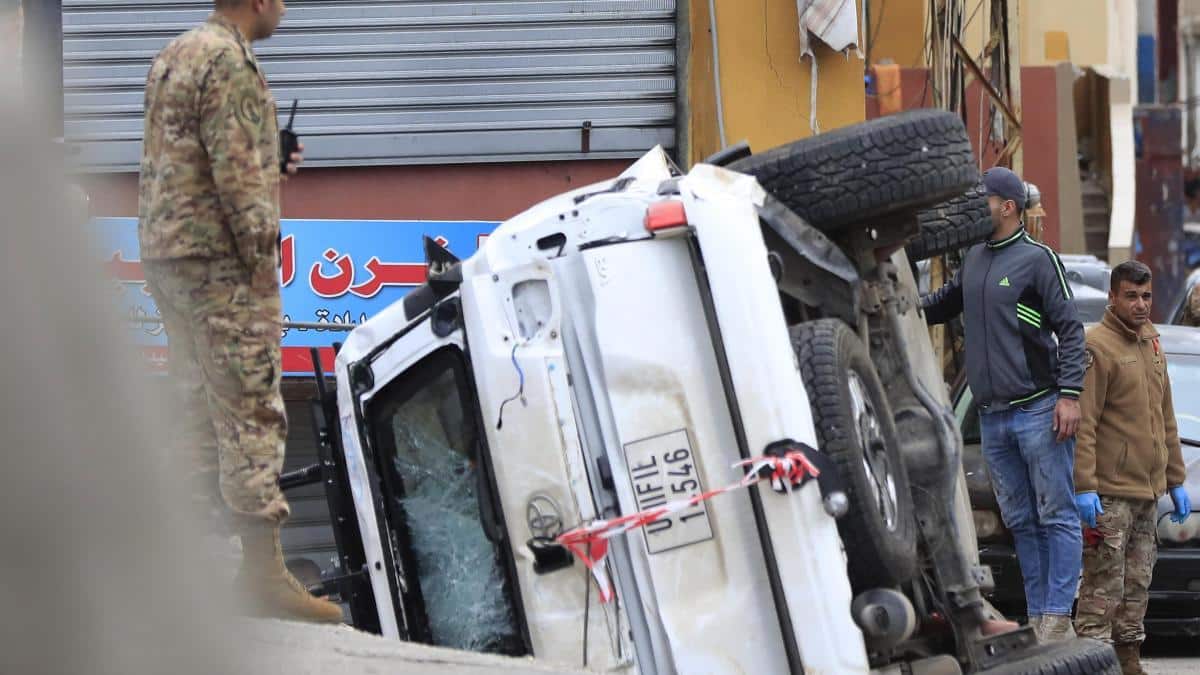 Late on Wednesday, a convoy for the United Nations Mission in Lebanon (UNIFIL) was attacked with firearms, killing one Irish blue helmet and wounding three others. Two UNIFIL armored vehicles were on their way to Beirut airport when they were ambushed in the southern town of Aqibiya, near Saida.

The Akebia Secondary Road would be outside UNIFIL’s jurisdiction, which may have been at the core of the attack. Hezbollah, as usual the suspects in its stronghold in southern Lebanon, has expressed its condolences and denied any involvement in what it described as an “accident”.

The deceased soldier Sean Rooney was only 23 years old. His colleague Shane Kearney, 22, had to undergo surgery and is in a critical condition, while the other two injured soldiers are out of danger.

According to eyewitnesses, a mob blocked the path of both armored vehicles and separated them. One of them reacted swiftly and lost control after crashing into the metal shutter of a shop, already under gunfire. It is not clear whether there was an exchange of fire and it is unclear whether any civilians were injured.

UNIFIL’s mandate was renewed on 31 August at the United Nations for one year, with changes to its statutes. His troops, who until now had to hand in hand with the Lebanese army, have carte blanche in their movements, which were described by Hezbollah leader Hassan Nasrallah as a “sovereignty violation”.

It so happens that the current UNIFIL commander is a Spanish general, Aroldo Lazaro, while Spain is the second European country to contribute the most troops, after France and Italy. UNIFIL’s origins date back to 1978, as a response to Israel’s withdrawal from Lebanon (a country which the Hebrew Army would again invade, before finally withdrawing in 2000) following persecution by Hezbollah, a Shia organization and militia. due to which Tsahal would reunite in 2006).

If UNIFIL’s mission seems endless, neither does the financial, economic and political crisis in Lebanon. This Thursday’s tenth attempt to appoint a president, the position vacant since October 31, failed. The speaker of the assembly, the unflinching Nabih Berry, has already informed his lordship that there will be no new votes for the rest of the year.

SBP accountability has to be ensured