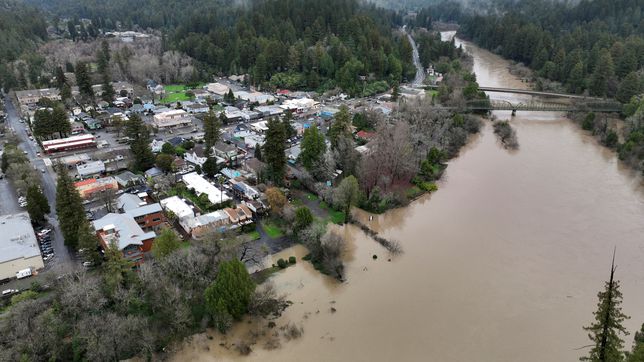 California 2023 begins with strong winter storms and severe weatherBecause of the intervention of the federal government.

Last week, President Biden announced Emergency stiuation in California, seeking federal assistance to Support state and local response. with that, The Federal Emergency Management Agency (FEMA) was in charge of coordinating the aid so that appropriate emergency measures could be taken.

Now, the state is in recovery, well it is 226 percent of the normal snowfall for this time of year, what breaks records On April 1, 2022.

Before the winter storms hit the state, California was in the grip of a severe drought, which brings us to the next question, what happened to the drought in the state? This is the current status.

You may also be interested in: What is Blue Monday? Origin and meaning of the saddest day of the year

After weeks of heavy storms, Severe drought – which was the second highest level – is practically over.

According to US Drought Monitor (USDM), which is responsible for showing areas of the United States that are in drought; The drought is over in California. Then, Comparison of two weeks ago with the current situation.

Although experts on this subject point out that 120 to 200% more rain and snow are still needed to end the drought in the West, Truth is this “The Sierra Nevada region has already received 87% to 192% of its seasonal precipitation.”