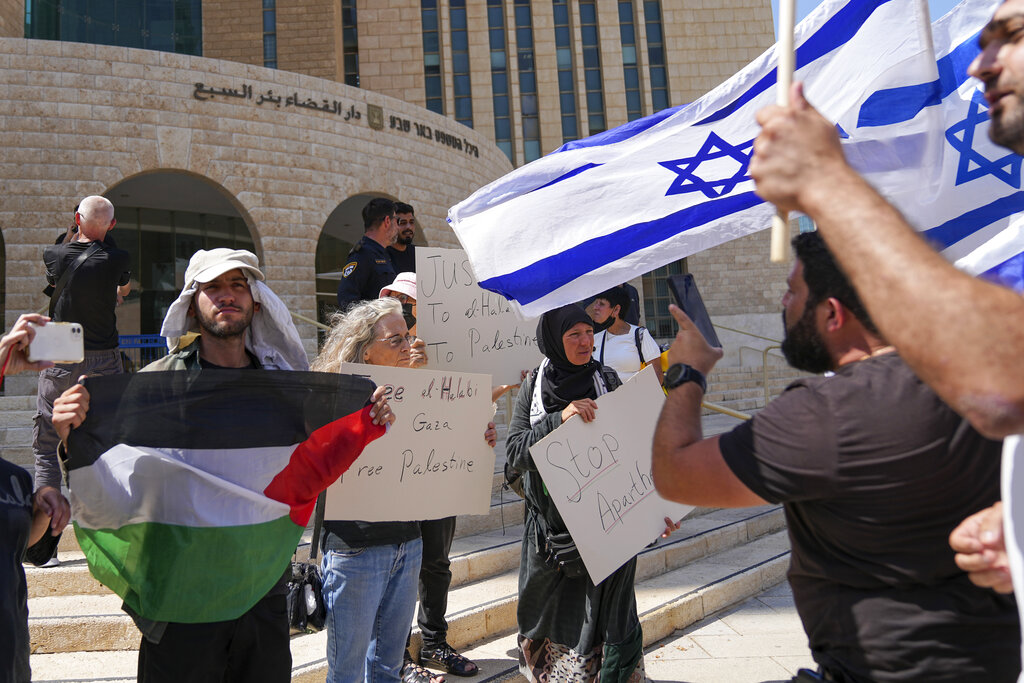 by Emily Rose and Joseph Cross | The Associated Press

BEERSHEBA, Israel – An Israeli court on Wednesday found a Gaza aid worker guilty of multiple terrorism charges in a high-profile case in which her employer, independent auditors and the Australian government say they find no evidence of wrongdoing. have been found.

Mohammed al-Halabi, the Gaza director of international Christian charitable World Vision, was arrested in 2016 and charged with diverting tens of millions of dollars to Hamas, the Islamic terrorist group that rules the region. The trial, and his lengthy detention, have further strained relations between Israel and humanitarian organizations that provide aid to the Palestinians.

Both he and World Vision have denied the allegations, and an independent audit in 2017 found no evidence of support for Hamas. His lawyer, Maher Hanna, has said that al-Halabi turned down several pleading offers on principle, allowing him to walk free.

Al-Halabi has not yet been sentenced. World Vision said it would appeal the decision, which was based largely on classified information that was not made public but was shared with the defense.

The district court in the southern Israeli city of Beersheba said al-Halabi was guilty of multiple charges, including membership in a terrorist organization, providing information to a terrorist group, participating in terroristic exercises and carrying a weapon.

It said it diverted “millions” of dollars, as well as equipment, from World Vision and its donors to Hamas every year. It said Hamas used the funds for terrorist activities for its supporters, as well as for children’s counseling, food aid and Quran memorization contests. It said the pipes and nylon sent to Hamas were used for military purposes.

The court said it was not convinced by World Vision’s testimony that it had strong controls that could prevent the diversion of such aid. The court said the entire 254-page judgment is “confidential and cannot be made public”.

It appears to rely heavily on a confession by al-Halabi that has not been made public. His counsel has said that the confession was given under pressure from an informer and should not have been accepted as evidence.

The court said the confession was “given in a variety of ways,” and is “detailed, coherent, true and contains many unique details,” including the names and ranks of Hamas operatives and details of strategic locations in Gaza.

Speaking to reporters soon after the verdict, Hannah said she had not yet read the full verdict. But he accused the judge of taking the side of the Israeli security forces and relying on evidence that has not been made public – and which he has previously described as unreliable.

“All the judges said, if I want to summarize it in one sentence: ‘The security forces can’t be wrong, they’re probably right,'” he told reporters.

Sharon Marshall, a spokeswoman for World Vision who has followed the case closely, said there were “irregularities in the testing process and a lack of anecdotal and publicly available evidence.” She said the charity supports al-Halabi’s intention to appeal and called for a “fair and transparent” process.

“We strongly condemn any act of terrorism or support of such activities, and reject any attempt to divert human resources or exploit the work of humanitarian organizations operating anywhere,” she said.

Israeli officials have repeatedly said they have evidence that Hamas had infiltrated aid groups and was withdrawing funds from garrisons in need. Then-prime minister Benjamin Netanyahu dismissed the allegations in an online video shortly after al-Halabi’s arrest.

Critics say Israel often relies on suspected informers. They allege that Israel condemns groups that provide aid or other aid to the Palestinians to help the Palestinians end their nearly 55-year military occupation of the land for a future state.

Israel says it supports the work of aid organisations, but must prevent donor funds from falling into the hands of armed groups such as Hamas that do not recognize it and attack its citizens.
In a statement, Israel’s foreign ministry acknowledged the decision, saying it “continues to support international efforts to provide aid to the Gazan population.”

Israel is “committed to cooperating and facilitating the continued operation of humanitarian organizations, including World Vision, in line with security considerations and applicable standards,” it said.

World Vision collaborated with several Western donor countries to produce an independent audit of its activities in Gaza. It declined to name the auditors due to a non-disclosure agreement, but last year the Guardian newspaper identified them as those of international accounting firm Deloitte and DLA Piper, a global law firm.

A team of about a dozen lawyers, including several former assistant US attorneys, reviewed nearly 300,000 emails and conducted more than 180 interviews. Forensic auditors scrutinized nearly every financial transaction in World Vision from 2010 to 2016.

In July 2017, he submitted a more than 400-page report of his findings to World Vision, which shared it with donor governments. World Vision said it offered the report to Israel, but Israeli officials refused to sign a non-disclosure agreement.

Brett Ingerman, a lawyer for DLA Piper who led the investigation, confirmed his involvement and told the Associated Press earlier this year that the report found no evidence that al-Halabi was affiliated with Hamas or diverted any funds was. Instead, he said it found that al-Halabi had implemented internal controls and ordered employees to avoid anyone suspected of Hamas ties.

The Australian government reached similar conclusions in its review. Australia was the largest single donor to World Vision’s humanitarian work in Gaza, providing nearly $4.4 million over the past three financial years prior to al-Halabi’s arrest. There was no immediate comment from Australian officials on the decision.