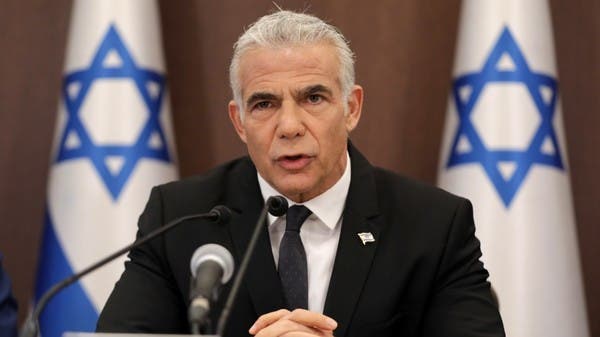 Israel’s new prime minister paid an unannounced visit to the border with Lebanon on Tuesday, threatening a harsh military response in what he described as “unacceptable” aggression by the Lebanese militant Hezbollah group.

The visit came at a time of heightened tensions with Hezbollah, the heavily armed group fighting Israel during a months-long war in 2006. On Monday, Israel said it intercepted a drone that crossed over Lebanese territory, and last week, Hezbollah’s leader threatened Israel with a military escalation if a dispute over a maritime border was not resolved in favor of Lebanon.

“Israel is ready to act against any threat,” said Yar Lapid, who took over as Israel’s acting prime minister on July 1. “We have no interest in escalation but Hezbollah’s aggression is unacceptable and liable to take the entire region into an unnecessary escalation.”

He was joined by Israeli Defense Minister Benny Gantz and top military officials when he visited the region.

Israel considers Hezbollah to be its most serious immediate threat, estimating that the Iranian-backed group has about 150,000 rockets and missiles aimed at Israel.

Earlier this month, the Israeli military said it shot down three Hezbollah-launched unmanned aircraft toward an area where an Israeli gas platform had recently been installed in the Mediterranean. Hezbollah confirmed that it had launched three unarmed drones towards the disputed sea area.

The launch of the drone appears to be an attempt by Hezbollah to influence US-brokered talks between Israel and Lebanon on its maritime border, a region rich in natural gas.

In a speech last week, Hezbollah’s leader said that Lebanon should be able to extract oil and gas in Lebanese waters and warned that sending drones was “a modest beginning where the situation could escalate.”

Lebanon claims the Karish gas field is disputed territory, while Israel says it is located in an internationally recognized economic watershed. The United States has been mediating indirect negotiations since October 2020.

Israel and Lebanon, which have been officially at war since the creation of Israel in 1948, both claim approximately 860 square kilometers (330 sq mi) of the Mediterranean Sea. Lebanon hopes to tap offshore gas reserves as it grapples with the worst economic crisis in its modern history.

US sees risk of rationing COVID supplies without more funding