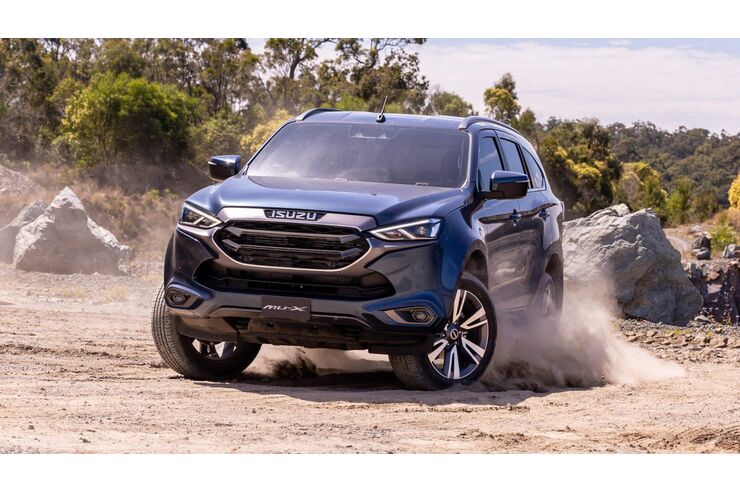 Isuzu has introduced the new model year of the MU-X in Australia. We take this as an opportunity to examine the off-road vehicle a little more closely.

Since the 1980s, it has been a happily continuing tradition for Japanese manufacturers to offer related pick-up models as off-road vehicles with a trunk rather than a loading platform. The Toyota 4Runner or Nissan Pathfinder were models that were also sold in Europe, before the mass flavor here evolved away from off-road vehicles and towards soft-wash SUVs.

Isuzu has also been familiar with the subject since 2004, albeit with varying degrees of consistency. The MU-7, the first off-road vehicle model based on the Isuzu D-Max pick-up, was of manageable elegance if viewed benevolently, but bravely lived up to the event for nine years. Isuzu then began a collaboration with General Motors and named the Chevrolet Trailblazer as the model’s base MU-X, with the third generation now based again on the D-Max.

Closed asset versions of the sturdy pickup are popular in Asia, Australia and South Africa, and the Isuzu MU-X is no exception. It is therefore logical that the Japanese have now chosen Australia as the premiere location for the new vintage of the MU-X. While the pick-up Isuzu D-Max is offered with only a 1.9-litre diesel engine in Europe, it (and consequently the SUV MU-X) also received a three-litre four-cylinder diesel with 190 hp in Asia and Australia. does. and 450 Newton meters of torque, it is the only engine available in Australia.

At 4,850 mm long, 1,870 mm wide and 1,825 mm high, the MU-X is relatively tall, but narrower than competitors like the Toyota Land Cruiser. The MU-X, which is designed for up to seven passengers, has a rigid rear axle like the D-Max, but not with leaf springs like the Pick-Up, but with coil springs. This improves driving comfort and, thanks to the longer spring travel, also ensures better off-road capability.

Even the base model is also comprehensively equipped and features, among other things, a 7.0-inch touchscreen audio system, Apple CarPlay and Android Auto, a reversing camera with reversing sensor, full LED lights and 17-inch alloys. Offers metal wheels. In terms of pricing, the MU-X is quite attractive in comparison to the classic off-road vehicles. The entry-level version is available in Australia for around €31,500, with the fully equipped top model costing around €43,400.

Electric, this is the future

The Combuster, Which Works Everywhere

With the third generation MU-X, Isuzu is going back to its roots and building a seven-seater SUV again based on the pickup D-Max, when the predecessor used the General Motors platform. The MU-X manufactured in Thailand has an attractive price, but exports to Europe are not planned. Also because Isuzu makes this model as a right-hand drive only.