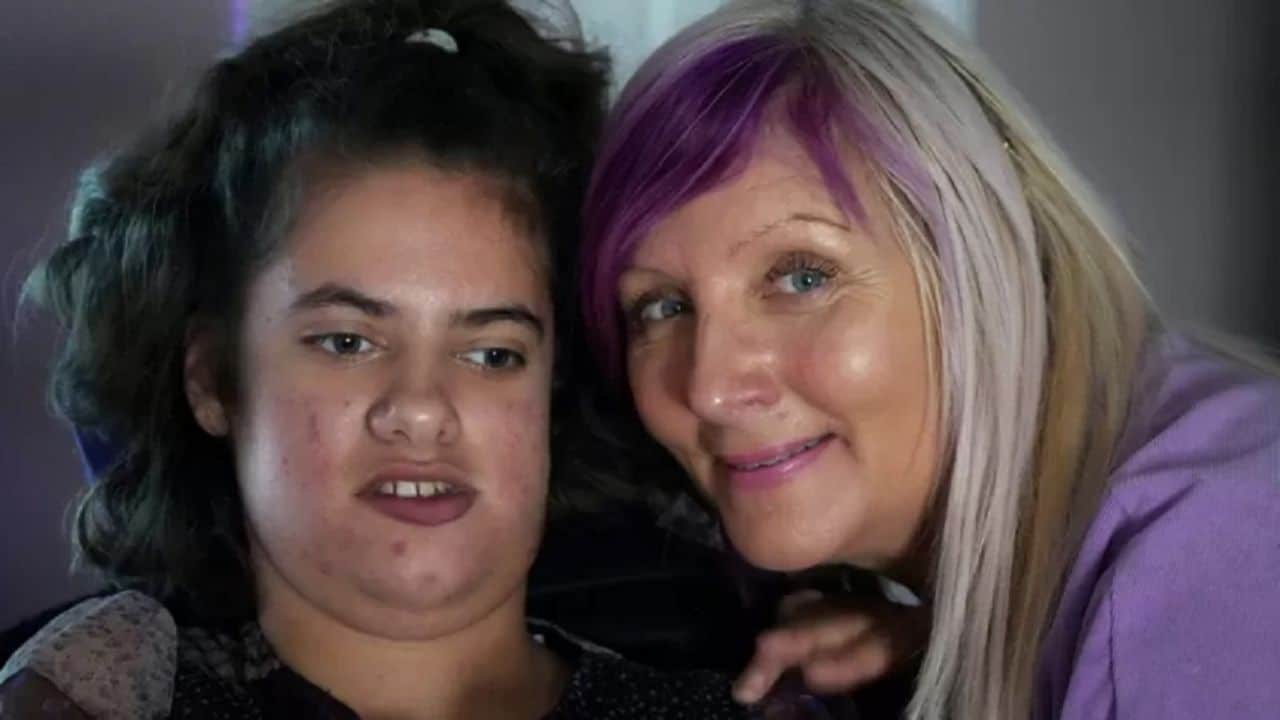 The 58-year-old, who lives in Norwich, England, says that this situation has come in front of her due to rising electricity bills in the UK.

Her daughter, Rosie, cannot control her body temperature and her house is hot most of the time.

Because of this their bills have gone up US$350 per month.

“If this continues, I will have to think about putting her in government care, which is heartbreaking,” he says.

“We’re very close, but I need to make sure she gets what she needs.”

Rosie, 23, with cerebral palsy and epilepsy, needs an electric bed, an electric shower, an electric swing, a feeding machine and CCTV Monitoring him overnight for his seizures.

Only when Rosie is away from home at Sense College can her mother turn off the heat, a specialist school for young people with complex disabilities.

“I don’t mind sitting in the cold when she’s not here, but I don’t have that option most of the time, because Rosie can have a seizure if she’s cold,” he says.

“I no longer turn on my oven and I’m cutting corners every which way, but I still can’t pay my energy bills.”

“I’m also afraid of a possible power outage. I just Being out is not an option for Rosie’s team.”

Clements receives a government subsidy, including money for carers and housing costs, while Rosie receives an individual subsidy.

Rosie is one of six million disabled people who recently received a $170 government subsidy due to the rising cost of living.

But Clements claims that the amount It doesn’t cost even a month’s electricity. Your bill has recently increased from $140 to $340 per month.

When that happened, he canceled his automatic payment and now submits monthly meter readings.

Rosie may not have much time to live, her mother said, and the situation prevents them from making memories together.

“This may be Rosie’s last Christmas, we don’t know how long he will live But I can’t afford to take her out or buy her presents.”

“Although she’s registered as blind, she can see the light and that’s what she likes most. We have a sensory room, but I have to limit her time there because it’s too expensive.”

“She loves the Christmas lights, but I don’t know if we can turn them on this year.”

“Our lives are hard enough already, and I shouldn’t make these decisions“, he assures.

The disability support organization Sense provided the family with a $578 grant as part of emergency financial assistance.

This is the first time in the organisation’s 60-year history that it has provided a direct cash payment, which it says reflects the urgency of the situation in the country.

Richard Kramer, CEO of Sense, said: “The current cost-of-living crisis has worsened an already precarious financial situation for people with disabilities, and those with more complex needs, and their families across the country. They face the toughest of times.

“While the government decides whether or not to increase benefits, people with disabilities and their families struggle with skyrocketing bills and face agonizing decisions, such as choosing between heating the home and eating.”

“The government must recognize the scale of the crisis and the impact on disabled people and commit to increasing benefits in line with inflation.”

A spokesman for the Department for Business, Energy and Industrial Strategy said: “The government’s guarantee on energy prices will save typical households around A$811 this winter, cutting bills by around a third, based on energy prices at the current price cap.” This is on top of a direct payment of US$1,400 to vulnerable households.”

“A review led by the Treasury will consider how best to support households from April 2023, targeting support to those in need and reducing costs to the taxpayer.”

Amazon buys an ‘online’ health care company, a new step in the diversification of its offering