Jacqueline Bracamontes, a mother of five who has a “hot body” 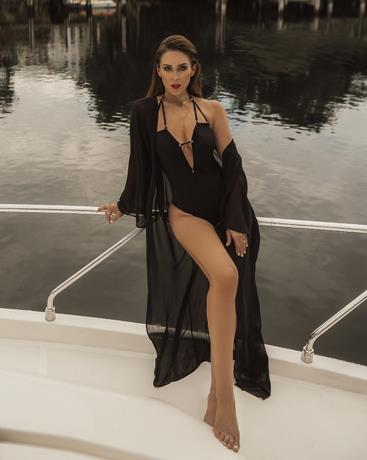 never seen picturesIn addition to revealing secrets given in interviews conducted by communicator Luz Garcia, shows from the famous actress and presenter of international fame.

Five daughters in a span of less than 10 years and more than four decades of age, are factors that did not satisfy the Mexican actress and presenter with parts of her body, and an intimate conversation she was honest with García, admitting. he had to do some cosmetic touch-ups on the abdomen and breasts, Recognized Bracamontes after “lactating five girls”.

The exclusive Cocoplum area in Coral Gables, Miami, was the location chosen by the production of “Curpos Hot 2022” for this special meeting with Jacqueline, where, in addition, Mexican Posing in attractive outfits for photoshoot, Showing off your body with pride and confidence.

Bracamontes is the winner of the Nuestra Belleza México pageant in 2000, has starred in more than a dozen soap operas, among which Ruby and Sortillegio stand out, she has also been the presenter of important television programs and international awards.

More about this version of Hot Bodies

The international edition will take place in the city of Miami, United States; Puerto Rico and the Dominican Republic. Is The new season of the program “Curepos Hot” Raised its standards in terms of audiovisual quality, location, content and advertising.

The 2022 version is produced under the production of A-1 Productions and will air every Sunday at 10 pm on Antena Latina, Channel 7, from 17 July to 21 August. Also, Noche de Luz on the official channel of Youtube of the program.