Javi Sagrera and Monica Pont: Mother’s pride behind the wheel of Formula 3 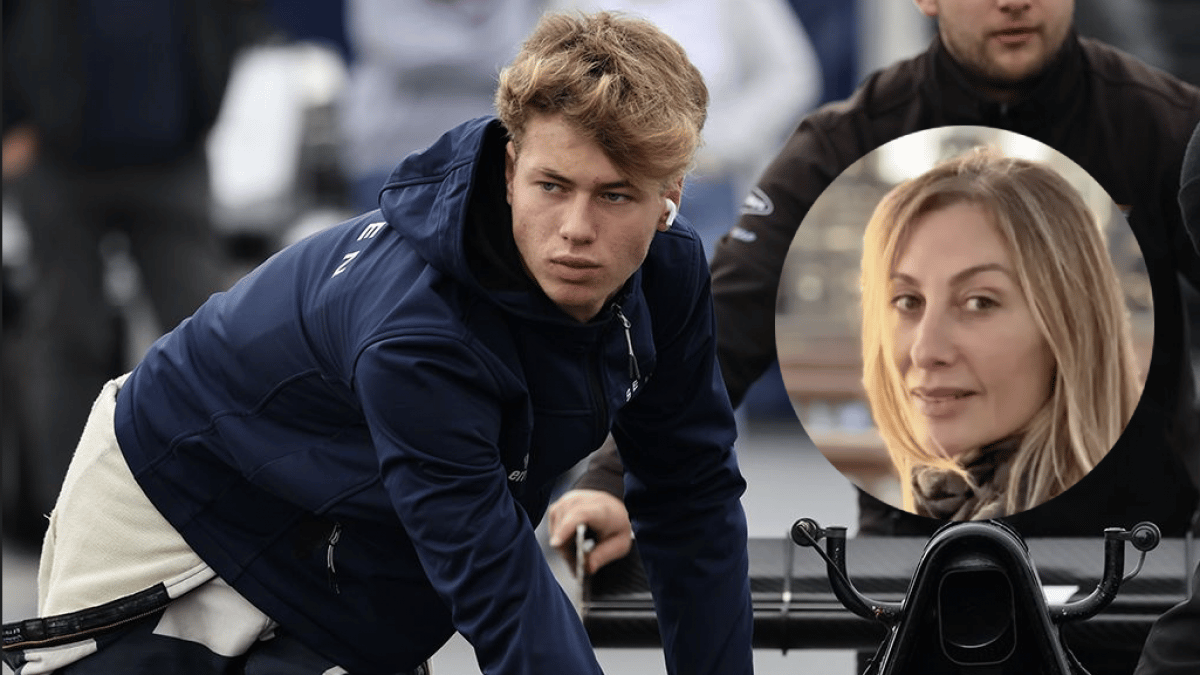 At 19 years old, it will be next January, Javi Sagrera continues to climb the ladder in the harsh world of motorsports. The son of Monica Pont, set in Mexico, has returned to Barcelona from the United Kingdom, where he has lived for two years, and the 10,000 kilometers that now separate him from his mother seems like a short distance in comparison to time. A bitter divorce that was left behind is once again flesh and nails and the model and actress claims her son, one of only three Spanish drivers in Formula-3.

This happened when I was three or four years old. I’ve always been fascinated by the motor world and remember they had to put a wheel on my back so I could reach the pedals. Besides that I was super competitive and didn’t like to lose at all; He also cut the grass of the circuit to overtake. I karting owner told me he had something special and then suggested that I start professionally. Both my parents and I were very excited.

There are only three Spanish drivers in Formula 3. Have you run into any legendary circuits?

In 2021 you were already competing in the UK. How does an 18 year old feel so far away from home?

That’s enough of a story. I went to England when I was 16, an age when you are at home with your friends, your family, but the opportunity to pursue your dream presents itself. Then you understand the effort of an athlete who drops everything to follow his path, which is continued by your friends. At first I was a little scared, dizzy, because it meant giving up on my studies, my friends, my family… but at the age of 16 I was alone in being alone, learning about life, maturing and being disciplined. Nothing could have been better for me than creating. I am so glad that I decided to do so and will always be grateful to my family for helping me achieve my dream.

Are you afraid that you have lost something?

People my age have started college and it’s usually following that trend; I had to give up a lot of things and at a crucial moment, when you think above all else, have fun. But he had a goal, even if it meant more trouble and stress. While other young people learn in college, I am learning about life.

Have you ever been afraid of the wheel?

My parents worry the most but the thing that helps me the most is that I am not afraid. I do not know fear in a car, although we reach speeds of 260 and 270 km / h, that too in corners. For me it’s adrenaline and every time I go on the track it brings a smile to my face.

Who do you admire the greatest?

I grew up with Fernando Alonso. I was born in 2004 and since I was little I have seen him win, he was my reference and I think he is one of the best in history. I’ve been following Lewis Hamilton a lot lately; Despite the controversies, the list of winners is impressive.

Do you have time to have such a demanding girlfriend?

(laughs) There is not much room for girls. I am very focused on myself because the game is very demanding, although I also need to disconnect from time to time with friends for a few days. But my constraint is that I train 27 hours a week, I follow a strict diet because of my height and I can’t eat or drink anything, so… (laughs).

You talk about your height and that you are a pilot to be a model like your mother. Have you considered it?

It is very interesting to work with big brands, they can help you in terms of visibility, sponsorship etc. And I’m open, of course. Hopefully one day they will want to count on me for an important campaign.

Who drives better, you or Monica Pont?

(laughs) I must say that I. But let me tell you an anecdote: When I turned 18 I had to get my driving license and although I passed the theory, I failed the practical and had to repeat it.

Although you parted ways long ago, as soon as you found out he had an accident in Mexico, you didn’t have time to get on the plane and visit him. How do you remember that moment?

Your family is the people you love the most in the world and you make it impossible to be with them. I love my mother and my father very much and I am a very familiar boy. I take great care of that link and I don’t hesitate to get a plane as soon as possible and put myself wherever I am.

Have you made up for lost time?

yes of course. I have a very good relationship with my mother and she has been helping me a lot in my sporting career, especially to identify myself as a driver. I am glad that everything is fine now. She supports me a lot in such a demanding sport and I know how tough it is, both she and my father have always supported me. I am so proud and grateful that he allowed me to pursue my passion.