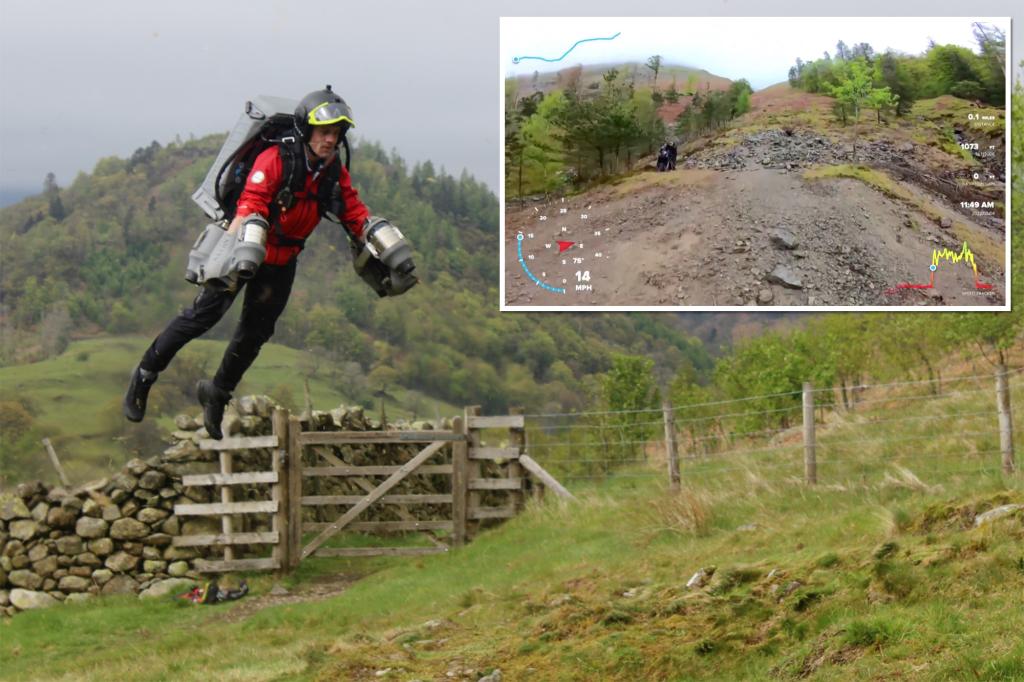 A leading British jet suit company is delivering super-human power to emergency services response for search and rescue missions in remote locations in the north of England.

Jamie Walsh, a Great North Air Ambulance (GNAAS) paramedic, is the first of three trainees to fly a Gravity Industries jet suit in the steep hills of the Lake District, after only 6 lessons.

Walsh told Reuters, “Initially when I was told about this, I thought, it’s impossible and then it starts to become possible and then you really start testing to see what can be achieved. I think there is a place where patients can benefit from this.” Helvelin half up.

Richard Browning, the inventor and developer of the jet suit, flew a test route as far as Helvelin, completing a 2,000-foot climb over 1.2 miles in about 3 minutes 40 seconds.

“If you think about the cost of a paramedic helicopter and all the crew involved and the maintenance and everything, it’s really just a bunch of that,” Browning said.

“I have no doubt that it has a place in the portfolio of tools that such professionals have at their fingertips.”

The 3D printed suit consists of two small turbines attached to each arm and a larger one mounted on the back. It can reach speeds of over 80 mph and is technically capable of reaching altitudes of 12,000 feet but is rarely flown for safety reasons.

The next phase of the project is to hone paramedics flying skills to a level where real emergency assistance will arrive in the Lake District via jet suit paramedics, providing on-site triage and immediate contingency response in minutes instead of hours.

Noles Paced by Career Bests on Day Four of ACCs