Joe Biden, lost again: He confused the war in Iraq with the Russian invasion of Ukraine 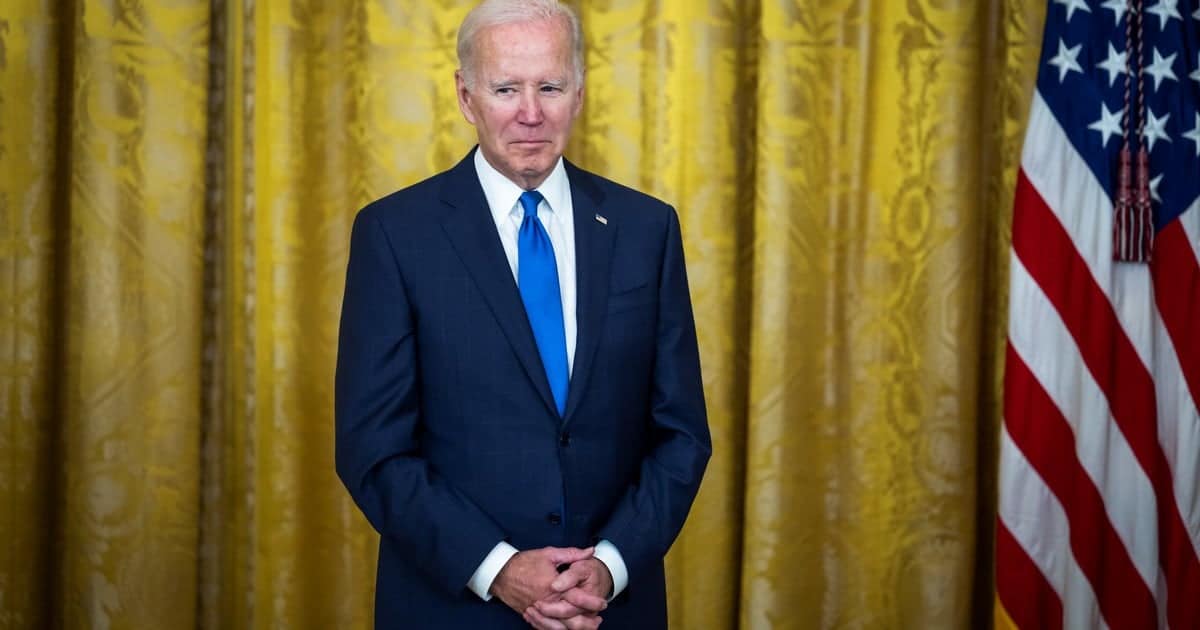 The wrongdoings of the President of the United States worried public opinion in his country.

Joe Biden He publicly confused the situation again, an attitude that began as a misstep with strange overtones and, as new “pifes” were added, began to concern public opinion in the United States. .

This Wednesday, the US President, during a campaign event in Hollandael Beach Confused the war in Iraq with the current Russian invasion of Ukraine, To make matters worse, this was not the first time that he had mixed war conflicts and when he sought to heal himself, he again made a mistake he had already fallen into.

“Inflation is a global problem right now because of the war in Iraq and the impact on oil and what Russia is doing,” Biden raised during his speech at the state of Florida.

Noticing his mistake, he immediately corrected himself: “Sorry, the war in Ukraine.”

The second blow came when tried to rehearse an explanation to his mistake. He said that he thought of Iraq because his son had died in that conflict.

But just a few weeks ago, when making similar remarks, public opinion in the United States noted that the young man actually died of cancer, having already returned to the country.

Biden, 79, is the oldest president in US history. His frequent mistakes in public have ignited alarm in the Democratic Party, Which is already thinking about the 2024 presidential election and the convenience of the current president competing for a second term.

Other mistakes of Joe Biden

The president’s misguided remarks are already a recurring theme in the United States. Less than a month earlier, in the middle of a speech in an official act, he argued that His son died in Iraq. However, although he was a war veteran, Beau died of cancer years later.

The comment came on the announcement of the construction of a national monument in the mountains of Colorado, which was broadcast to millions of people around the world.

The event took place at Camp Hale, home of the 10th Mountain Division of the US Army. It was the context of the war and the memory of his participation in World War II that triggered the evacuation of his son.

He said of the global conflict, “Soldiers of this division climbed an 1,800-foot mountain at night, surprised the Germans, captured key positions and breached their defensive lines at a turning point in the war.”

“Imagine, I say this honestly, I say this as the father of a man who was awarded the Bronze Star, the Medal for Excellence in Service, and lost his life in Iraq…imagine the courage, the courage and the sacrifice that they all went through”, he completed with words that went unnoticed.

Beau Biden served in the Delaware Army and National Guard from 2003 to 2015. He traveled to Iraq in 2008 and returned to the United States a year later.

Months later he started having health problems and finally in 2013 he was diagnosed with brain cancer (glioblastoma). He died in May 2015 at the age of 46 in Bethesda, Maryland, where he was hospitalized.

According to a White House statement to the Washington Examiner, Biden repeatedly linked Beau’s illness to his stay in Iraqwhere he spent seven months on the battlefield.

The previous error occurred at the conclusion of a conference on “Hunger, Food and Health” at the White House in late September.

At that point, Biden took the microphone to close the meeting. “Is Jackie here?”, he asked at the time of thanksgiving. Jackie Walorsky was a congresswoman who worked on food and health. but Jackie died on 3 AugustAt the age of 58, in a traffic accident.

After his death, even Joe and Jill Biden sent their condolences to Walorsky’s family.

“Jill and I are shocked and saddened by the accidental death of Indiana Congresswoman Jackie Walorsky,” he said in August, a month and a half before the president’s speech error occurred.