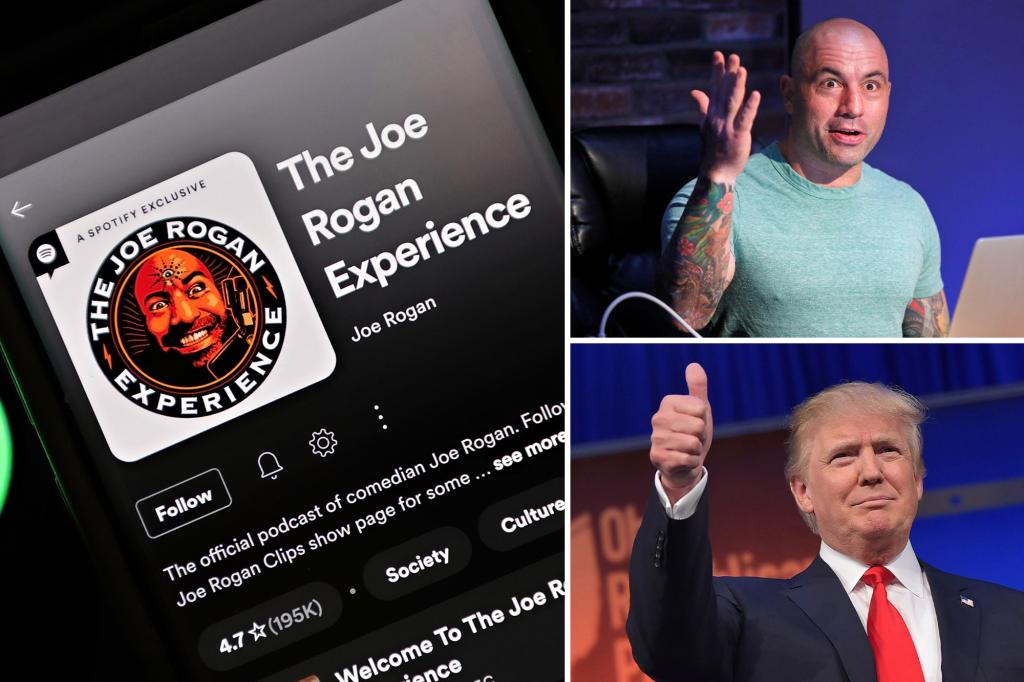 Rogan, who never shied away from sharing his political views, slammed Trump during a discussion with fellow comedian Tom Segura on last Thursday’s edition of his podcast “The Joe Rogan Experience.”

When Segura said Trump was “full of f—king energy,” Rogan responded by suggesting the former president was “on Adderall.” Segura also cited claims that Trump would “be bored at the CIA briefing in the morning.”

“I heard that they would name him at briefings several times to keep him interested,” Rogan said.

,[Jared Kushner], her son-in-law said he had come up with a formula to keep her busy… The formula was ‘two good, one bad,'” Segura said. “So if they were going to give her some bad news, then You will start off with some good news. So they go, ‘It’s going well, everybody’s thrilled with you about this, here’s a bad thing. Plus, people love you for it.'”

Mediaite was the first to report on Rogan’s comments.

Rogan’s latest remarks come days after revealing in another episode of his podcast that he has declined to interview Trump on multiple occasions — and will not do so in the future.

“I am not a Trump supporter in any way, shape or form,” Rogan said. “I’ve had the opportunity to have him on my show more than once, and I’ve said no every time.”

“I don’t want to help her, I’m not interested in helping her,” he said.

Rogan also referred to Trump as “an existential threat to democracy.”

The 54-year-old comedian also fiercely criticized President Biden, referring to him as a “dead man” who is physically and mentally incapable of handling his responsibilities as commander-in-chief.

Rogan has indicated he will support Florida Gov. Ron DeSantis in the 2024 presidential election. While DeSantis has yet to formally announce his candidacy, he is regarded as the front-runner for the GOP nomination and a potential rival to Trump if he seeks another White House run.

When China exports, Japan will post a yawning trade gap.

The global smart lighting market is expected to reach an estimated $21.7 billion by 2027 and is projected to grow at a CAGR of...