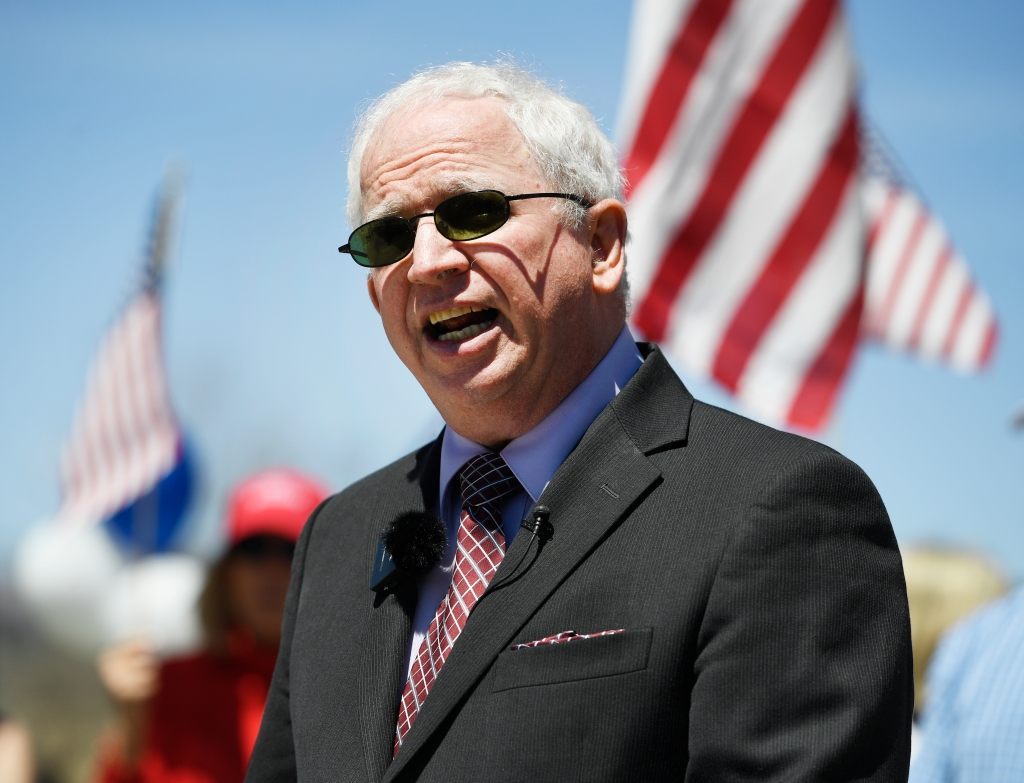 John Eastman, a lawyer who represented Donald Trump following the president’s 2020 election loss, used his University of Colorado email account while serving as a visiting professor in Boulder to advise a Pennsylvania lawmaker on how The voters of that state should be challenged, according to the records submitted to the Congress.

A selection of messages from Eastman’s CU Boulder email account was obtained by The Denver Post after a Democratic political adviser sent them on behalf of the Colorado Ethics Institute to the House Committee investigating the January 6 Capitol attack.

Eastman, CU Boulder’s visiting professor of conservative thought and policy during the 2020-2021 academic year, has come under increasing scrutiny for his role in advising Trump to stay in power after losing the 2020 election. A federal judge in California ruled in March that Trump and Eastman committed crimes in their attempts to reverse the election.

In addition to showing how Eastman advised Pennsylvania State Representative Russ Diamond to challenge that state’s results, the emails show that CU Boulder asked Eastman to attend an academic conference shortly after the November 2020 election. Reimbursed approximately $500 for one trip. by his department, the Bruce D. Benson Center for the Study of Western Civilization.

The New York Times reported last year that Eastman’s role in advising Trump on how to stay in office began during that visit to Philadelphia. Eastman was in town for an academic conference, the newspaper reported, when he met with Trump’s team at a hotel while they were putting together a legal brief to challenge election results in Pennsylvania. Eastman told the Times that he was only in the room for 15 minutes – “long enough, he said, for him to catch COVID-19 there,” the newspaper reported.

Eastman could not be reached by Post for comment on Monday. He has previously defended his actions in advising Trump, and threatened to sue CU for what he characterized as retaliation “for his constitutionally protected First Amendment activities.”

Asked about emails submitted to the committee, Sorensen said that CU Boulder Chancellor Phil DiStefano had made his views clear of Eastman the day after the January 6 uprising in Washington, DC. Eastman last year.

Eastman, who spoke at Trump’s rally before the attack on the Capitol, was relieved of his public-facing duties after January 6 and is no longer affiliated with the university.

Sorenson confirmed in an email that “Eastman was reimbursed for a conference trip in November 2020. Any other activity was on his personal time.”

Emails submitted to the January 6 committee were obtained through a Colorado Open Records Act request submitted to the University by the Colorado Ethics Institute, a non-profit organization whose mission is “to educate public officials on ethics codes, transparency rules, and their The work is to ensure compliance with the oaths of office,” according to the group’s website.

The organization highlighted the findings of Eastman’s emails and expenditures and included them in a memorandum dated April 19 that was addressed and sent to the committee on January 6.

The memo, written by Curtis Hubbard of the Institute, a Democratic political advisor and partner on onsite public affairs, noted that Eastman’s faculty position at Chapman University in public conversations about Eastman’s involvement with the Trump campaign and his account of his Emails are included – but that Eastman also used his CU email account to communicate about the 2020 election.

“To the best of my knowledge, these communications from Eastman’s CU Boulder email account have not previously been disclosed to the selection committee,” Hubbard wrote. “In order to compile the most complete record of his activities, you are advised to thoroughly review and review all communications sent to Eastman during his tenure at CU Boulder and to review the contents of the attached their computer issued by the university.”

Some of the emails from Eastman’s CU Boulder account that were submitted to the committee included exchanges in which Eastman advised Diamond to challenge his state’s presidential voters. In the email, Eastman offered edits to the legislative proposals and suggested that after Pennsylvania lawmaker Joe Biden wins the state — and with it, the presidency — an alternative set of voters could be given the seat in the 2020 election.

In a message, Eastman wrote to Diamond, who co-sponsored a motion challenging the Pennsylvania election results, that, “I had not seen the hearings, but I suspect there were substantial discrepancies and substantial amounts of illegal votes.” The evidence was there. Changed the election from Trump to Biden.”

In another email, Diamond introduced Pennsylvania Republican House Majority Leader Kerry Benninghoff to Eastman with the following: “Kerry, Dr. Eastman opening my eyes to our ability to exercise our full authority to disprove presidential electors. are responsible for (without any ‘evidence’) retail ‘voter fraud’)…”

All challenges to Pennsylvania’s 2020 election results were dismissed by courts, including the US Supreme Court, which repeatedly refused to interfere in matters involving that state’s vote count.

Hubbard confirmed the authenticity of the memorandum to the committee dated January 6 and urged CU and its Board of Regents to conduct a thorough investigation of Eastman’s conduct while he was affiliated with the university.

Hubbard said in a statement to The Post, “They are responsible for the Coloradans to conduct a thorough audit of Eastman’s CU tenure to determine the school’s connection to one of the darkest days in the history of this country.” Huh.” “This should include a detailed review of his use of communications, grants, and university resources; whether he upheld his essential oath to defend the Constitution of the United States; and what steps he took to avoid this type of situation in the future.” can go or what should be taken up.”

I came in contact with COVID. Here’s what I learned to do next.