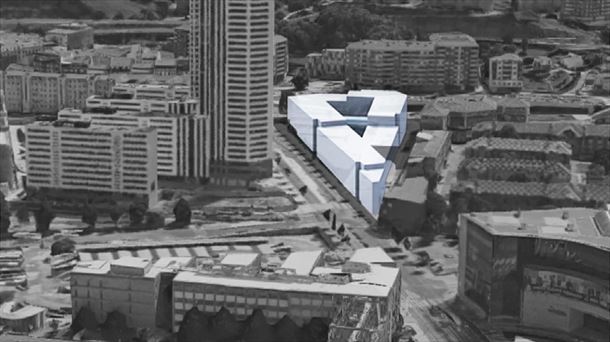 Read in Basque: ABEE, which awarded works for the new building of the medical faculty of EHU, has refused the project

UTE awarded works for UPV Medicine Faculty’s new buildingIn Bilbao, the project is abandoned “due to rising costs”As reported by the University Centre.

Faced with this situation, the University of the Basque Country has regretted the decision adopted by UTE and expressed its strong desire to re-tender the work. “as soon as possible”,

The University Center said in a statement that, in a proposal published last August 8, it has finished the process of awarding a work contract for the new building of the Faculty of Medicine and Nursing next to Basurato University Hospital. Bilbao.

Basque Public University. approved in October last year, following the relevant procedure, file the contract directed for the construction of the above building. It fell to three companies committed to the formation of a Provisional Union of Companies (UTE). Thus on 4th March 2022 ‘UTE Medicine’ to whom the contract was awarded.

As you have explained, once this whole process is developed, last july 28 The winning joint venture was required to formalize the established contract. “The same day, the company argued that it was not in a position to assume the fulfillment of the contract on the basis of the agreed terms. It was justified, given that the current economic situation, accompanied by an extraordinary and disproportionate increase in the cost of construction 20% overall effect Since he submitted the offer, it barred him from facing the contract in agreed terms and he requested not to do it formally”, he said.

Faced with this situation, the University of the Basque Country has regretted the decision adopted by the joint venture and expressed its strong desire to re-tender the work “as soon as possible”.

Mike Preston: The Ravens’ draft deserves praise, but the 2022 season will be determined by the player’s health. vaccine