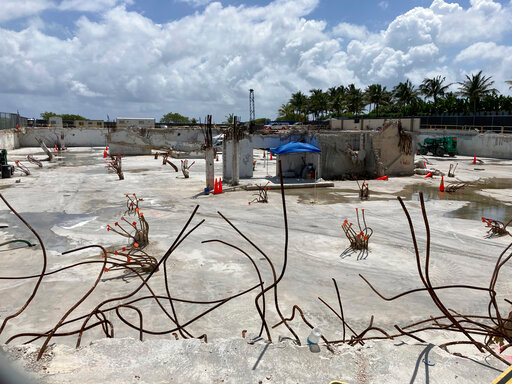 Miami-Dade District Judge Michael Huntsman’s decision came a day before the anniversary of the Champlain Towers South disaster in the Miami suburb of Surfside. The judge praised the dozens of lawyers involved for preventing what could drag on for years of litigation with no sure outcome for the victims.

“It will never be enough to compensate them for the tragic loss they have suffered,” the judge said. “This settlement is the best we can do. This is a wonderful result. It’s extraordinary.”

The deal creates a $1.02 billion fund for people who have lost family members in the 12-story building’s collapse, as well as those who have been physically or mentally injured. Lawyers said another $200 million could be raised from the Champlain Towers condominium association itself, including insurance.

According to Huntsman, the process of determining the amount of claims for 98 dead and injured will be completed by August 26. Each person who filed a claim before July 18 is entitled to a private hearing by a judge, but this is not required.

The problem will be to figure out how much a life or injury is worth. A claim for compensation for loss of life usually involves several factors and may include, for example, the deceased’s potential lifetime income.

“My goal is to make it as painless as possible,” Huntsman said.

The money comes from 37 different sources, including insurance companies, engineering firms and a luxury condominium whose recent development next door is suspected of contributing to the structural damage to Champlain Towers South. Neither side pleads guilty.

A Dubai-based billionaire developer is set to purchase a 1.8-acre (1 hectare) waterfront property for $120 million to contribute to a settlement. The deal is expected to close by the end of July.

People could start receiving checks for their losses in September, the judge said.