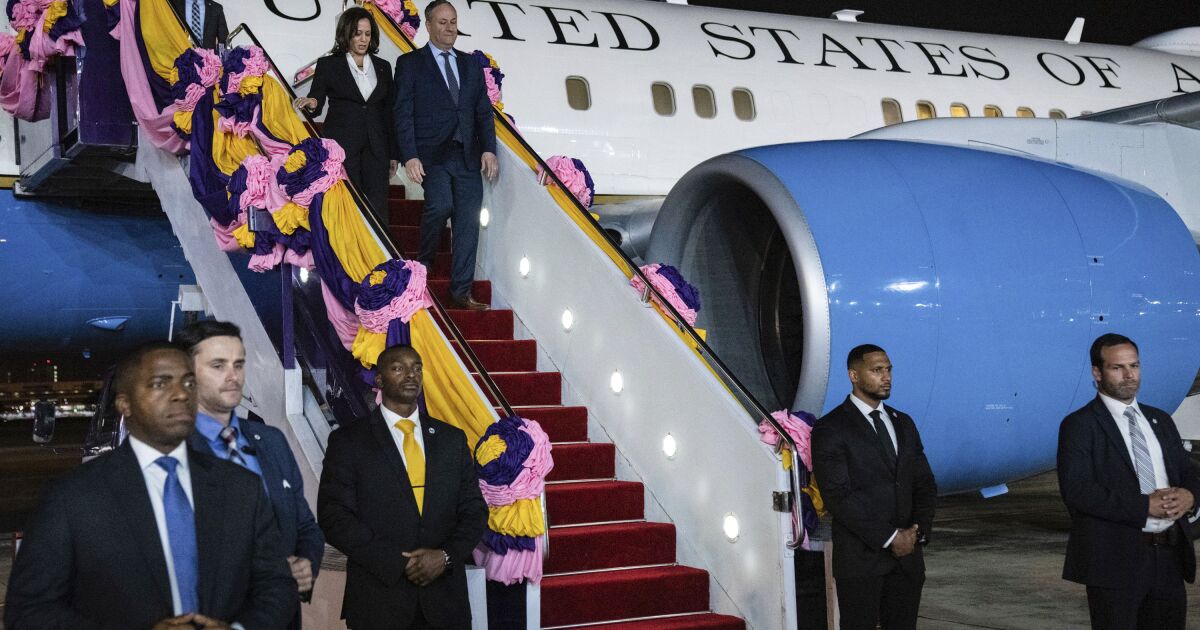 US Vice President Kamala Harris arrived in Thailand on Thursday, where she plans to reaffirm US commitment to Southeast Asia and reaffirm the message that the region can trust Washington.

Harris is attending the Asia Pacific Economic Cooperation (APEC) summit after President Joe Biden attended the Southeast Asia Summit in Cambodia and the Group of 20 meetings in Indonesia.

Topics of discussion at APEC are expected to be the war in Ukraine, hyperinflation, food and energy shortages, and China’s new assertiveness. Chinese President Xi Jinping is also attending the summit, which is being held under heavy guard in Bangkok.

Harris is attending in place of Biden, who has returned to Washington to attend his granddaughter’s wedding at the White House.

A senior administration official said Biden and Harris’ trip to Southeast Asia shows the US is deepening its ties to the region as a trusted friend and partner. The source spoke on condition of anonymity to be able to express himself more freely.

Harris will address a business conference on the sidelines of the summit. In it he will outline the priorities for the next APEC summit, which will be hosted by the United States.

Leaders of the 21 APEC countries and regions, whose official mission is to promote regional economic integration, will meet behind closed doors on Friday and Saturday. Much of APEC’s work is technical and incremental, carried out by senior officials and ministers, covering areas such as trade, tourism, forestry, health, food, security, small and medium-sized enterprises, and the advancement of women.

Inflation in the UK hits a 10-year high.