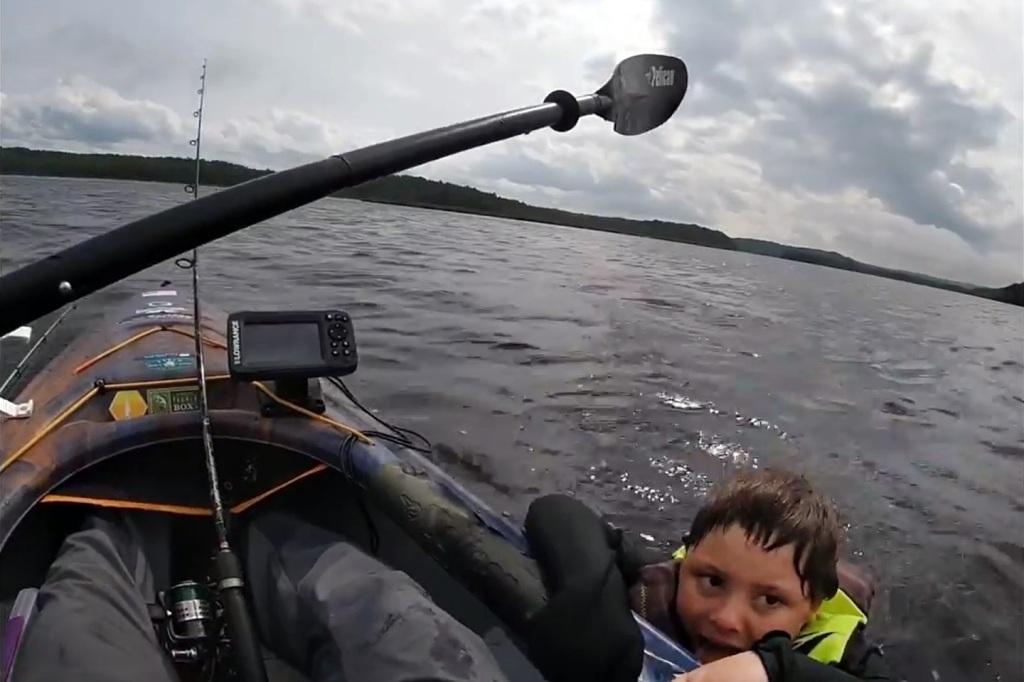 David Jones Jr., an avid outsider who is followed under the social media handle DJonesoutdoors, had been intent on fishing the St. Louis River in his kayak for weeks.

He didn’t know whether it was his fishing position or his gut, but something was telling him to leave.

When he put in his kayak at the Boy Scout Landing on the St. Louis River on July 5, he saw a child swimming towards the main channel with a sailboat.

Seeing the boy’s father pulling the anchor and disappearing around a bend, his anxiety level increased.

“I just kept on fishing and that’s when I heard the scream,” he said.

Jones then stepped out of line and turned to the child.

His knowledge of outdoor security, combined with his experience in law enforcement and as a behavioral technician at Essentia Health, equipped Jones with the tools needed to defuse the situation. Jones is Northland Outdoors contributor to Forum Communications Company.

“He was telling me he was too cold, his face was a little blue. It was scary to watch, I’m still trying to process the whole thing,” Jones said of the first guy approaching.

While simultaneously paddling the kayak and balancing the boy—who was hanging off the shore—Jones was able to calm him down and safely bring him back to shore.

Emergency Medical Services and the Duluth Police Department arrived at the landing at around 4:12 a.m. in response to a call about a 6-year-old boy who had been struggling against a long cold stream.

They were able to clear the boy of any hypothermia-related symptoms.

According to Jones, the boy struggled against the stream by swimming “more than 300 to 400 yards” down from his father, who was in a sailboat around the hanging river and out of sight.

Nine days later, a news release from the Police Department mentioned the cause of the incident:

“The boy wanted to swim beside the boat while holding the rope attached to the boat. At some point, the boy lost hold of the rope and the wind pushed the sailboat further away from the boy.” Officials did not name the boy or the father.

Mason Smith was fishing on the dock and saw the whole incident.

Jones also said that there was no rope.

Jones and Smith both describe the “rope” used by the police as an anchor.

Jones had a GoPro camera recording the entire situation. He wants the police to watch the video closely.

It went viral after releasing the video on his Instagram page.

Between Instagram and TikTok alone, portions of the nine-minute video have garnered over 11 million views.

“It was just surreal. I don’t know why I felt like I wanted to go river fishing that particular day. I did. It hurt me a little bit, because when I went fishing a few days later – I Was expecting to hear the scream.”

Jones did not tell her two children, ages 2 and 5, about the condition.

“I don’t think I’ve ever looked at a 6-year-old in my eyes and be real and say, ‘I’m glad I survived.’ It was one of the hardest things to hear,” Jones said.

Jones was not able to follow up with the boy after the incident; However, he urges witnesses to report what happened to the Early Intervention Unit.