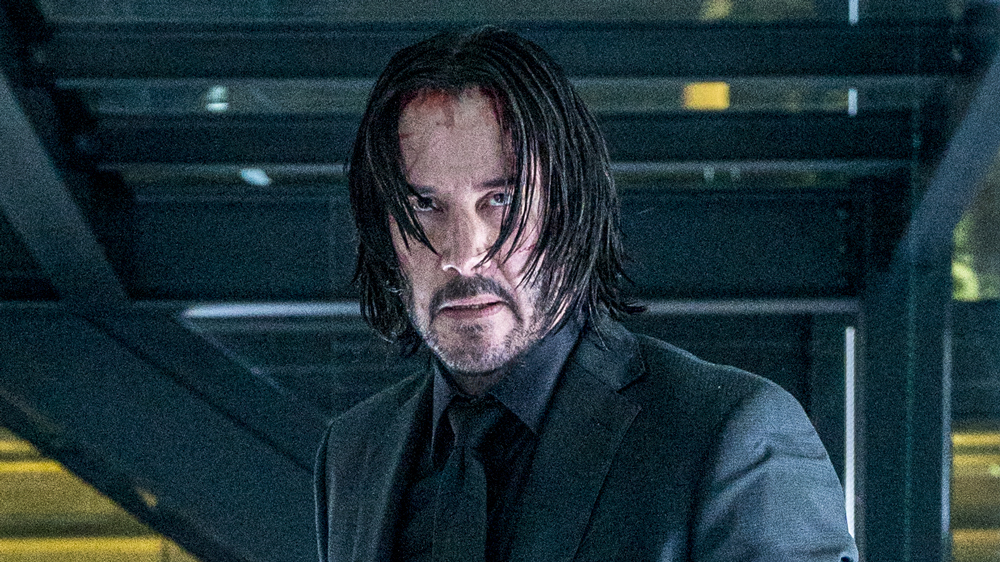 Keanu Reeves is back to crush skulls and make movie theater owners scream with adoration, as the star closes CinemaCon with a first look at “John Wick: Chapter 4.”

Appeared during the Lionsgate presentation at the annual exhibition trade show, Reeves received thunderous applause and “You’re the man!” was greeted with chants. from the people present.

In screened footage, Vic is on his enduring revenge tour—this time taking on a decidedly lonely ninja vibe—with co-star Laurence Fishburne acting as his publicity man, blood from his knuckles. is flowing.

“I want you to find peace, John,” booms an off-screen voice as a montage of Reeves slaying his enemies plays, “but the only way out is death.”

In the trailer’s heartbreaking final moments, Reeves takes on two villains in the lobby of an art gallery—brutal with nunchucks—in a relentless, face-busting, merry-go-round motion.

Joining Reeves in “John Wick: Chapter 4” are Lance Reddick, Reina Sawayama, Donnie Yen, Shamier Anderson, Bill Skarsgard, Hiroyuki Sanada, Scott Adkins and Clancy Brown. Franchise mainstay Ian McShane is back as Winston, manager of the Continental Hotel. One person not returning to the franchise is Halle Berry, who debuted as Sofia in “Chapter 3”.

“Sofia isn’t in the next ‘John Wick’ movie,” Berry told World Nation News earlier this year, though the character may be getting a spinoff movie of its own. “Possibly someone could be Sophia … her own movie. So she might not be in ‘John Wick,’ but she might be doing her job.”

Stahelski reveals he was worried about how to top the insane stunts of “Chapter 3,” an action set featuring a samurai on horseback, before he began filming ‘John Wick: Chapter 4’ piece included.

“It’s been a few days where I’ve decided to do number four and I wake up in a cold sweat saying, ‘Horses! How do I beat horses?’ I have no fucking ideas to tell you the truth,” Stahelski told Collider. “I have great ideas for the next one that I think are different and shocking and fun and unique. I have no nonsense ideas right now of how to do them. I’m still figuring it out.”