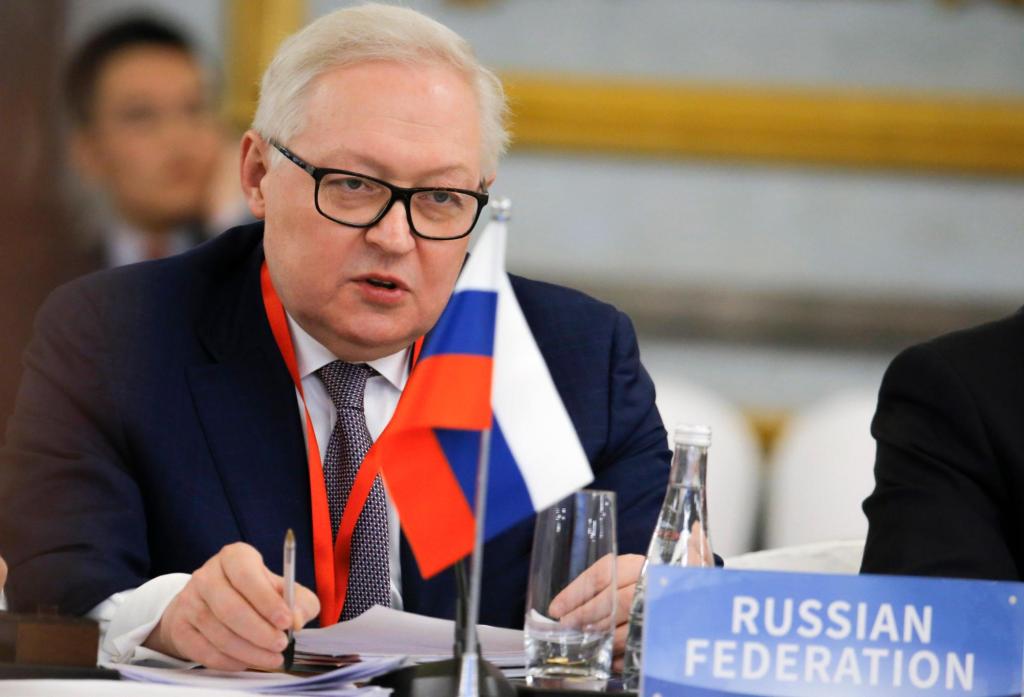 MOSCOW — Russian diplomats are meeting with officials from the United States and its NATO allies this week for security talks in three European cities.

Russian and US negotiators began talks in Geneva on Monday. They will be followed by Russia-NATO talks in Brussels and a meeting in Vienna of the Organization for Security and Cooperation in Europe during the week.

Here’s a look at the security negotiation agenda and the main issues of contention:

The gathering of Russian troops and equipment near the Ukrainian border has raised concerns in Kiev and in the West that Moscow may be planning to launch an offensive.

Moscow has denied such intentions and in turn accused Ukrainian officials of planning an offensive to reclaim control over areas in eastern Ukraine held by Russia-backed separatists – accusations rejected by Ukraine. .

US President Joe Biden twice discussed building up a Russian military with Russian President Vladimir Putin last month, warning that Moscow would face “serious consequences” including unprecedented economic and financial sanctions if it attacked its neighbour. .

Russia annexed Ukraine’s Crimean peninsula in 2014 and backed a separatist insurgency that began in the country’s east that same year, where more than 14,000 people have been killed in more than seven years of fighting. The West has responded to sanctions that have hit the Russian economy but failed to persuade Moscow to change course.

Putin has described the possibility of Ukraine joining NATO and a coalition deploying weapons there as a “red line” for Moscow. The Kremlin demanded that Washington and its allies make a binding pledge barring NATO expansion into Ukraine, Georgia or any other ex-Soviet nations.

Moscow has also demanded that the US and its allies commit not to deploy weapons or conduct any military activities in Ukraine and other ex-Soviet countries.

The Kremlin presented a draft Russia-US security pact and a blueprint for the Russia-NATO agreement as a starting point for this week’s talks. They would force the coalition not to deploy any troops in areas where they did not exist in 1997 – before NATO included former Soviet bloc countries and ex-Soviet republics.

Moscow’s resolutions also suggested a ban on patrols by Russian and US naval ships and bombers near each other’s borders. In addition, they call for efforts by Russia and NATO to reduce the risk of incidents involving warships and aircraft, primarily in the Baltic and Black Seas; reduction in the scope of military exercises; More transparency and other confidence-building measures.

US and NATO response

The US and its allies have completely rejected NATO’s demand not to accept Ukraine or any other new members, insisting that a key tenet of the coalition is that membership is open to any eligible country. It is open and no outsider has veto power.

While Ukraine and Georgia are not yet ready for NATO membership and have little chance of being invited to join anytime soon, Western allies insist that the doors of NATO should remain open to them. In 2008, NATO promised to eventually embrace the two countries, although it has not offered them a specific road map to membership.

Even though allies strongly reject NATO’s call for expansion as a non-starter, Washington and NATO say they will continue to discuss arms control, confidence-building measures, greater transparency and risk reduction. We are ready if Russia takes a constructive stand.

Read Also:  US tries to convince Arab allies not to abandon them

US officials said they are ready to discuss reducing potential future deployments of offensive missiles in Ukraine and limiting US and NATO military exercises in Eastern Europe if Russia is willing to withdraw from Ukraine.

At the same time, the White House has urged Russia to help create a positive environment for upcoming talks by pulling back its troops from areas near Ukraine. Moscow has rejected the suggestion that it could deploy its forces wherever necessary in its territory and described the buildup as a reaction to “hostile” moves by NATO.

Putin has called talks with the US a “positive” move but said he wants quick results, warning the West not to try to drown Russia’s demands in “passive talk”.

Asked during a news conference last month if he could guarantee that Russia would not invade Ukraine, Putin responded angrily and said the West “should give us guarantees and give them immediately.”

Deputy Foreign Minister Sergei Ryabkov, who led the Russian delegation to the security talks, described the demand for guarantees that NATO would not expand into Ukraine and other ex-Soviet countries as “absolutely necessary” and warned that the US would continue to discuss it. will refuse. Make further conversation absurd.

“We are going there not with outstretched hands, but with a precisely formulated task, which we need to solve on the terms prepared,” Ryabkov said. He warned that Russia would make no concessions to threats and pressure and said talks could end after the first round if the US and its allies were uncooperative.

The Kremlin’s blunt demands combined with a push for quick results have fueled US suspicions that Moscow may make an unrealistic request only to see talks fail and then use it as a pretext for aggressive action. . Russian diplomats have rejected the claim.

While Moscow denies plans to attack Ukraine, Putin has warned that he will be forced to take unspecified “military-technical measures” if the West stonewalls his security demands.

He said the Russian response in that scenario “could be varied” and “will depend on what our military experts propose to me.”

Kremlin foreign policy adviser Yuri Ushakov said Putin had told Biden that Russia would act as if the US were to see offensive weapons deployed near its borders.

Putin noted that the new Zircon hypersonic cruise missile could give Russia a previously unseen precision strike capability if fitted to warships stationed in neutral waters. The launch of a salvo of Zircon in late December marked the completion of tests of the new weapon, which Putin said flies at more than 1,000 kilometers (620 mi), more than nine times the speed of sound.

Expressing concern that NATO could potentially use Ukrainian territory to deploy missiles capable of reaching Moscow in just five minutes, Putin said Zircon would provide Russia with a similar capability.

“It will also take only five minutes to reach those who issued the order,” Putin said.