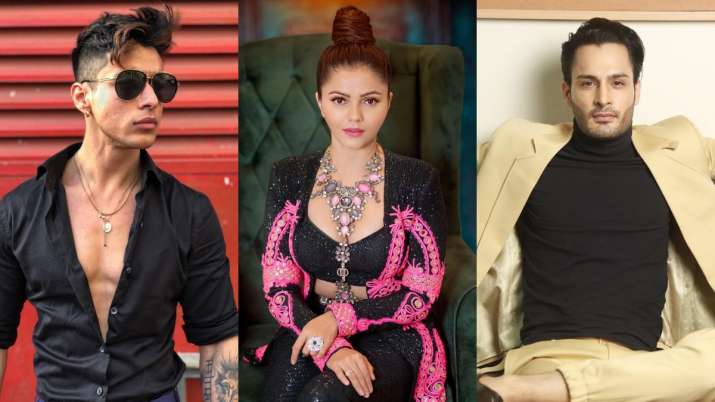 Hosted by Bollywood filmmaker Rohit Shetty, the popular adventure reality show Khatron Ke Khiladi is all set to roll down our TV screens. Be it the contestant list to the premiere date, fans cannot keep calm and are eyeing to know every detail about the show. While a lot of names have been doing rounds, the latest report suggests that Bigg Boss 15 contestants Umar Riaz, Pratik Sehajpal and Bigg Boss 14 winner Rubina Dilaik have been finalized for the show.

Every season, the show raises the ‘darr’ quotient with a lot of dangerous stunts that are performed with various celebrity contestants participating in the show. This year too, the fans will see some popular faces taking the challenge of fighting their fears. The media portal BollywoodLife.com has released a list of celebrities who have been approached for Khatron Ke Khiladi 12 so far. The list had Umar Riaz, Pratik Sehajpal and Simba Nagpal’s names among other actors.

Recently, in an exclusive conversation with India TV, when asked about his appearance in KKK12, Pratik said, “I would definitely love to go there and will play with all my might.”

For the unversed, Pratik Sehajpal emerged as the first runner up of Bigg Boss 15. While Simba was evicted during a task. And Umar was ousted from the house after his physical brawl with Pratik. Interestingly, Rubina Dilaik’s husband Abhinav Shukla had participated in season 11 of Khatron Ke Khiladi.

However, there is no official confirmation by any of the celebrities.