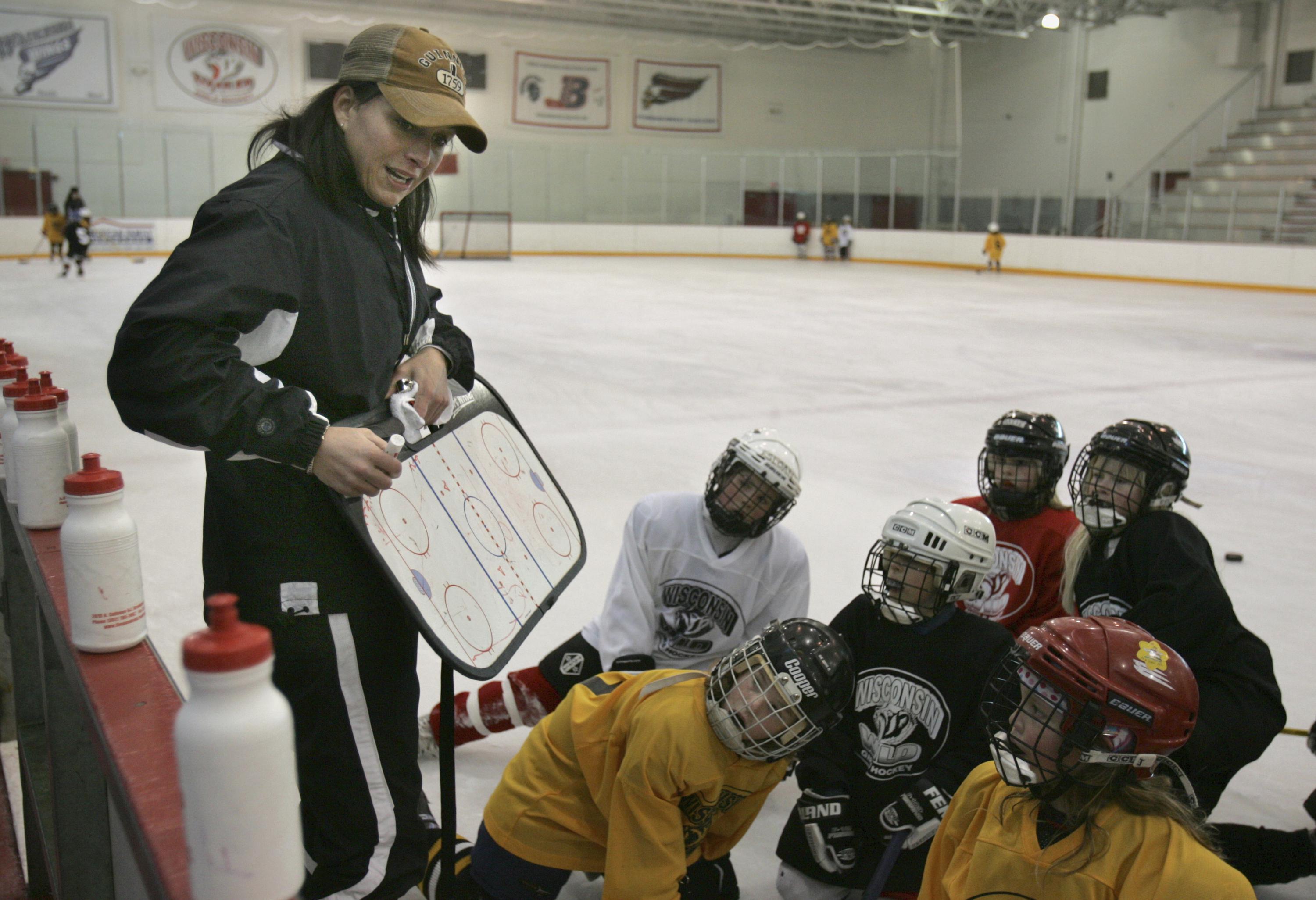 MONTREAL ( Associated Press) — The Los Angeles Kings hired former goaltender Manon Rheaume as a hockey operations and prospect adviser on Thursday, making her the latest woman to join or be promoted by an NHL team amid a leaguewide push to increase front office diversity.

The team announced the move hours before the start of the draft, She is expected to still live in Michigan, be involved in hockey operations projects and report to director of player personnel Nelson Emerson.

“Manon is an excellent communicator who brings a unique perspective and will play an important role in our hockey operations department,” Emerson said in a statement. “She has the skillset to help bridge the gap for our young players throughout their development cycle and will be tasked with helping to introduce and maintain a level of understanding and accountability for our players as they work in conjunction with our development staff.”

Rheaume, 50, is best known for playing exhibition games for the Tampa Bay Lightning in 1992 and ’93. She became the first woman to play in one of the four major North American professional sports leagues.

She is now among the nearly 100 women working in a hockey operations, player development or player health and safety role for a team.

“I’m excited to join the Kings and look forward to working with our young players as they go through their individual development process,” Rheaume said.

“There are so many elements that factor into a player’s journey once they join an organization, and my focus will be on helping to provide them with the tools and guidance they need to ease that transition as the strive to reach their ultimate goal of playing in the NHL.”

The draft in Montreal has become a reunion of sorts for a growing number of members of the 2005-06 Buffalo Sabres, who reached the Eastern Conference final before losing to the Carolina Hurricanes in seven games and now work in management.

Among those expected to be on the draft floor are general managers Chris Drury from the New York Rangers and Mike Grier of the San Jose Sharks, Philadelphia Flyers special assistant to the GM Danny Brier and new Chicago Blackhawks development coach Brian Campbell. Retired goalie Ryan Miller is also in town, attending the draft as part of his job in the league’s hockey operations department.

Grier, who this week became the NHL’s first black GM, doesn’t believe the connections are a coincidence, and credits then-Sabres GM Darcy Regier for bringing them together.

“I think that’s why our team was successful,” said Grier said, who was hired by the Sharks after working under Drury in New York. “We worked hard. We enjoyed the game. But I think we all thought the game at a pretty good level.”

Grier added: “We were probably better than the sum of our parts, just because of that. We were all in the same place together at the same time. Picked each other’s brains and it kind of went from there.”

After trading a third- and a fifth-round pick this year and a third-rounder next year to the Rangers for goaltender Alexander Georgiev, the reigning Stanley Cup champion Colorado Avalanche don’t need to worry too much about the draft itself. They have only two picks — one each in the sixth and seventh round — but could put the Cup on their draft table and relax without much concern after winning the third championship in franchise history.