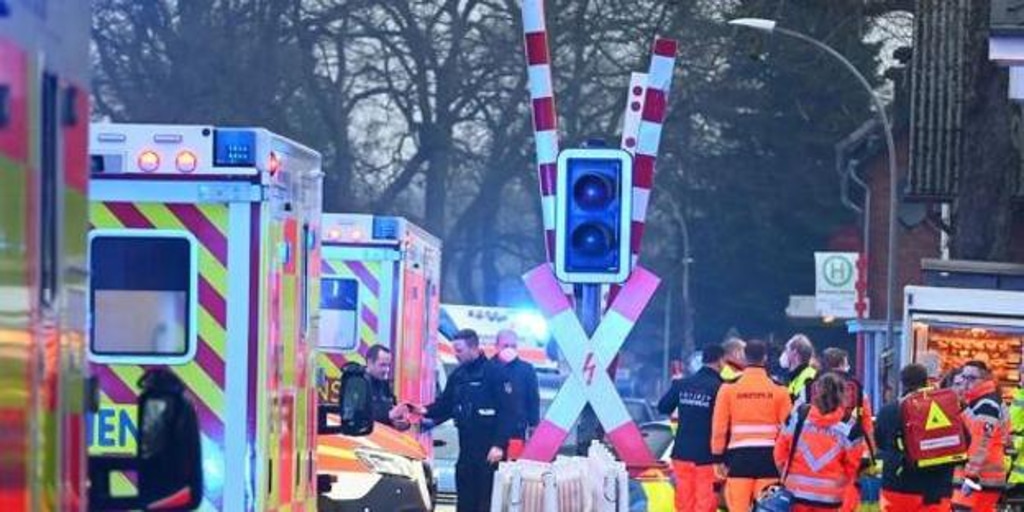 The police received the first alert call at around 3 pm yesterday. A man attacked the passengers with a knife in the regional train number 7 covering this route. between Kiel and HamburgNear the small town of Brockstedt in Schleswig-Holstein.

“We didn’t see where he got the knife, suddenly he pointed it at people and he lunged at them in front of him,” a witness later told regional television. “I was a first class passenger on the train,” another witness told Bild newspaper, “suddenly, two more passengers ran with great force. I picked up my luggage and ran after them. Then I ran through the whole train, four to There were six boxes and there were traces of blood everywhere. I saw a total of five injured being taken away in an ambulance,

Two passengers died and seven others were injured before a group of passengers subdued the attacker and the train doors were reopened to allow police access. 33 year old man he was arrested without resistance, Officers noticed that he had bleeding wounds on his hands, which he had apparently inflicted on himself, and took him to a Neumünster hospital, where he remains in police custody.

It is, according to a spokesman for the Interior Ministry, a stateless Palestinian who could have entered Germany as a refugee when he was still a minor. At the time of his arrest he only had a blood-stained temporary residence permit as identification and according to which he answers Ibrahim A’s identityArrived in Germany in 2014. He lived first in North Rhine-Westphalia and then in Schleswig-Holstein, where he lived on public subsidies.

It’s also leaked to the German media that he was on file with the police violent and sexual crimesAlso, he was in custody just six days back.

The CDU’s Schleswig-Holstein regional interior minister, Sabine Sutterlin-Weck, declared that “it is clear to me that this terrible act is against the whole of humanity” and that in her thoughts “the families and relatives were the victims”. Today the judge will interrogate him. While all avenues of investigation are open, the leading hypothesis is that he is suffering from a mental illness.