KRK on INR vs Dollar: KRK got angry on these celebs after seeing the price of Rs. 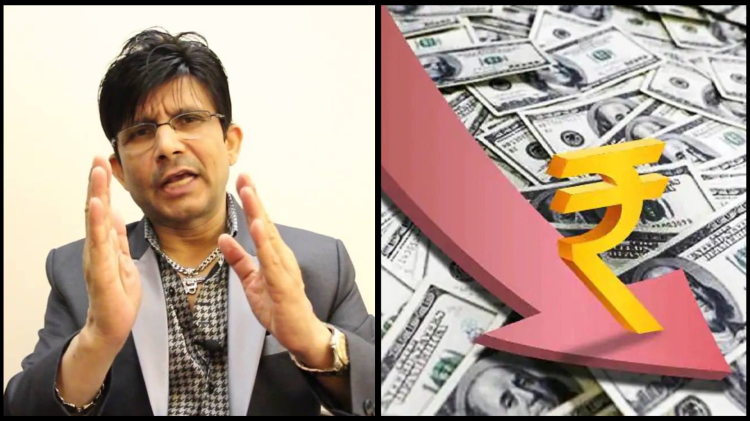 For the first time in history, the rupee has crossed Rs 80 against the US currency. Yes, the rupee has declined by seven paise to Rs 80.05 against the US dollar. Seeing the sliding of the rupee, where the opposition is constantly taking on the Center. At the same time, Kamal R Khan has also given his statement on this. KRK, who calls himself a film critic, has shared the post on social media and took a jibe at Bollywood actors who are silent on the issue.

KRK has shared a screenshot of an old tweet by Anupam Kher, Vivek Agnihotri, Shilpa Shetty and Juhi Chawla, in which celebs are seen surrounding the former central government i.e. Congress government on the fall in the value of rupees. Sharing these screenshots, KRK said, ‘The value of one dollar has exceeded Rs 80! What happened? Is curd frozen in the mouth now?’

In fact, stars like Anupam Kher, Vivek Agnihotri, Shilpa Shetty, Juhi Chawla had tweeted in 2013 attacking the UPA (Congress and Allies) government on the falling value of rupee against the dollar. At the same time, on the first day of the monsoon session, the Finance Minister informed the Lok Sabha that between 2014 and 2022, that is, since the Modi government came to the Center, the rupee has weakened by more than 25 percent against the dollar. . Then the celebs have kept silence. Because of which KRK has taunted him.

Not only KRK, Prakash Raj has also shared screenshots of old tweets of all these stars and took a jibe at the stars and wrote, ‘There was a time when this used to happen in our country.’

Once upon a time… in my country.. #just asking pic.twitter.com/KOgkQwQwAy