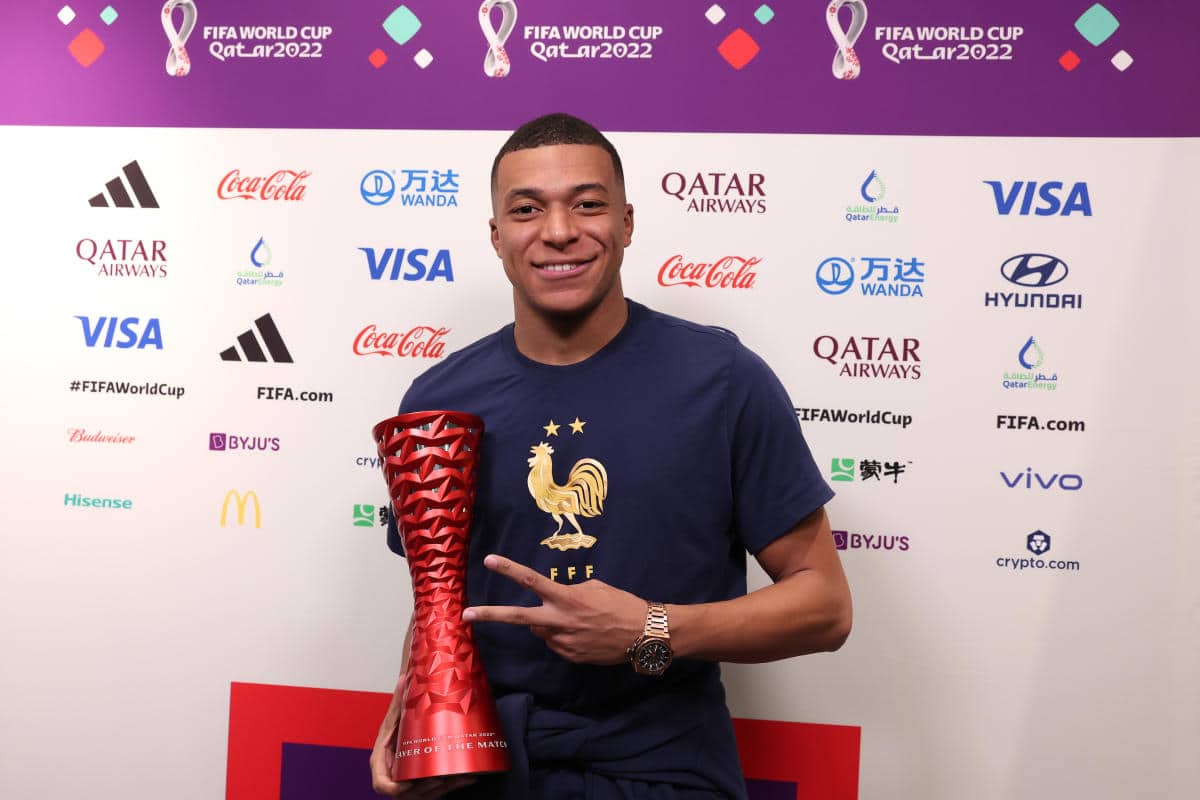 Some might label “arrogant” kilian mbappe To avoid some sponsors, but there is a noble cause behind it. France’s 10 has won the Most Valuable Player award three times Qatar 2022 And on at least two previous occasions (France v. Australia and France v. Denmark) official identification photos were taken without showing the Budweiser brand.

actually that’s what the prize is calledbudweiser player of the match, But unlike the rest of the players who have received it, Mbappe is portrayed without an official background of recognition, which is where the beer firm stands out. Similarly, you can see how it hides the brand on the trophy.

According to crew, The Paris Saint-Germain player does not want to be associated with Budweiser, the main sponsor of the World Cup in Qatar, because Mbappé has a clear policy regarding image rights: not to advertise junk food brands, sports betting or alcoholic beverages, especially To remain a good example for young people.

“Mbappe’s Rebellion” was also translated into complete silence. He did not give words to the media until the win against Poland.

kiki This is the new benchmark of world football. Cristiano Ronaldo and Messi continued to extend their legacies, but children today will grow up witnessing the magic of Mbappe. French crack knows this and — probably — that’s why Avoid publicity that compromises the perception of your professionalism,

Below you can see how the winners of the award are typically depicted. Budweiser Player of the Match:

But Embappé is not the only one who has resorted to this practice:

Other players such as Achraf Hakimi or Hakim Ziyech of the Moroccan national team also posed with their trophies without showing the sponsor brand. They do this because of their religion, both practicing Islam, which has precepts against the consumption of alcohol.

Kylian Mbappé has a monopoly on reflectors everywhere. He does it for his talent on the court and also for what comes of it. The French had made it clear that he would not speak to the press. The person selected as the best player in the game was supposed to say a few words to the media; But he had avoided it despite his awards. However, he finally broke his silence after the win against Poland.

“I wanted to express myself publicly. I know there were a lot of questions about why I didn’t speak up. To all reporters, it was nothing personal against him or against the people, It’s just that I still need to focus on the tournament and when I want to focus on something, I have to do it 100% and not waste energy on other things. That’s why I didn’t want to talk to the media. I recently came to know that the Federation was going to be fined. i promise to pay it personallyThe federation should not pay for individual decisions,” he said at the media conference after the game against Poland.

The Impressive Soccer Shoe Revolution: From Spikes to High-Tech Chips

The United States is now quad . Calls India an ‘essential partner’ in

Colin Powell has died of complications from Covid.