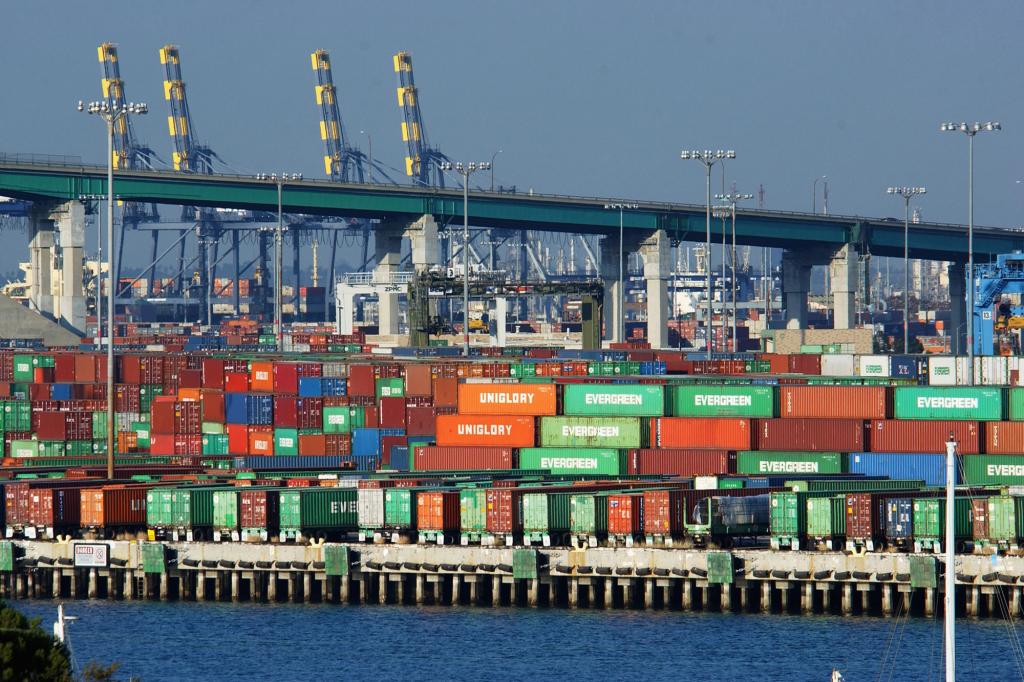 Labor talks between dock workers and West Coast port operators have hit a snag, with experts predicting that the conflict over automation is partly to blame.

Despite meeting with President Biden on Friday, the International Longshore and Warehouse Union – representing about 22,000 dockworkers along the West Coast – and the Pacific Maritime Association do not expect to reach an agreement until July 1 when their contract expires. Is.

Experts say a key point in the talks has been the proposal to upgrade the ports’ use of technology. Ship owners and ports have advocated for greater automation. The ports of Long Beach and Los Angeles are ranked last in the 2021 World Bank’s Container Port Performance Index at 369 and 370, respectively.

Despite concerns that bottlenecks linked to inefficiencies at ports are driving product shortages and inflation across the country, unions are against automation, asserting it will eliminate jobs.

US importers and manufacturers have long feared that a breakdown in negotiations will lead to work halts and strikes – as has happened in every previous labor negotiation in recent years.

“The whole industry is on pins and needles,” a manufacturer that ships goods from China to the West Coast told The Post. “This is an imminent crisis and we are hearing nothing and reading about any real progress on this and no messaging from the White House.”

But the ILWU and PMA say they are “not preparing for a strike or lockdown, contrary to speculation and news reports,” they said in a statement.

The president met with the two sides to “discuss supply chain congestion” to hold a press conference at the Port of Los Angeles to crack down on rising inflation and greedy shipping companies.