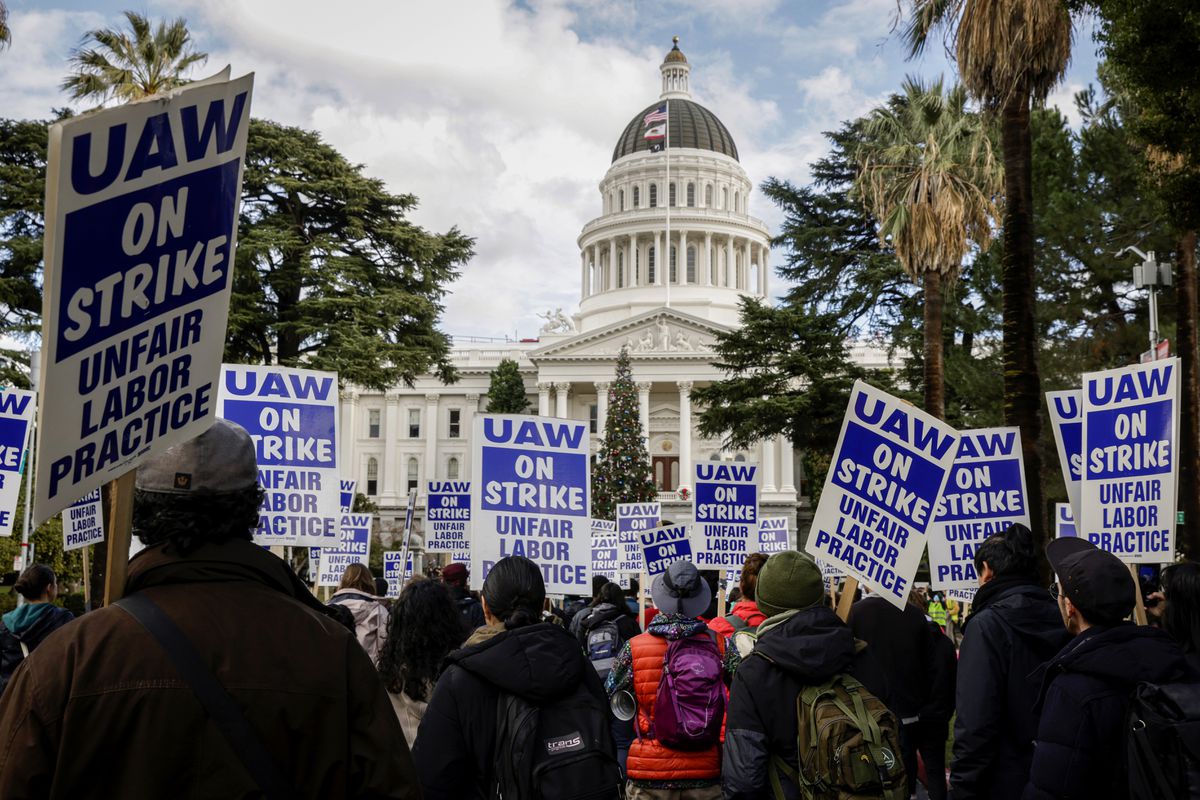 There is an agreement in principle at the University of California. Some 48,000 academic workers halted their activities for five weeks to demand higher wages and better conditions at one of the most important public educational centers in the United States. Leaders of the movement announced Friday afternoon that there are conditions to end the strike – the largest ever on US school campuses – if union members accept the terms offered by the organization.

The strike, which began on November 14, disrupted classes at 10 university facilities across the state, a system that is home to 280,000 students from around the world. The work stoppage was called by assistant professors studying for doctorates, postdoctoral scholars and doctoral researchers.

The researchers and postdoctoral scholars reached a temporary settlement in early December that improved their contract status, keeping the minimum salary at $70,000, the highest in the United States. But both groups had agreed to continue the strike until an agreement was reached for assistant professors, the most vulnerable group and those with the greatest workload in university life. These are doctoral students, who work in different faculties and assist ten professors in their classes. He noticed that the high rents in California, where a room can cost as much as $2,100 a month, consumed most of his salary.

The university’s offer, which would have to be endorsed by employees (unionized within an auto industry worker organization), provides a 47% raise for the lowest-earning students/workers. These will go from earning $23,250 to $34,000 for nine months of part-time work. The amount is less than the $54,000 he initially requested. If supported, the contract would allow for renegotiation in May 2025.

“This has been a historic strike and we have won a historic settlement that raises the bar for public education across the country,” Rafael Jaime, president of the Auto Workers union Section 2865, said this afternoon.

A vote confirming the end of the strike will take place next week. If the offer is rejected, the strike will continue and put the university in jeopardy, which is midway between final exams and the end of the semester. If 2022 closes with the strike, the next cycle of school will be affected, where tens of thousands of students are already enrolled.

The stress of the strike was already felt by working teachers, who supported the protest from colleagues who help with most of the daily tasks in the classrooms. Alex Saum-Pascual, who has been an academic in Berkeley’s Spanish and Portuguese department for eleven years, confirmed this week that the administration was playing dirty. The university’s dome suggested that faculty should assume many of the functions of their adjuncts in the final stretch of the semester. “We are forced to do work that is not ours and that is not paid,” Saum-Pascual said by telephone.

The agreement also includes improvements in monetary support and subsidies for academic staff who are mothers or fathers, extension of maternity or paternity leave and health insurance schemes for dependents, as well as mobility subsidies. The university will also cover up to three years of additional tuition for some foreign students.

Controversy: Roger Waters’ shows in Poland canceled after rejecting his position on war in Ukraine