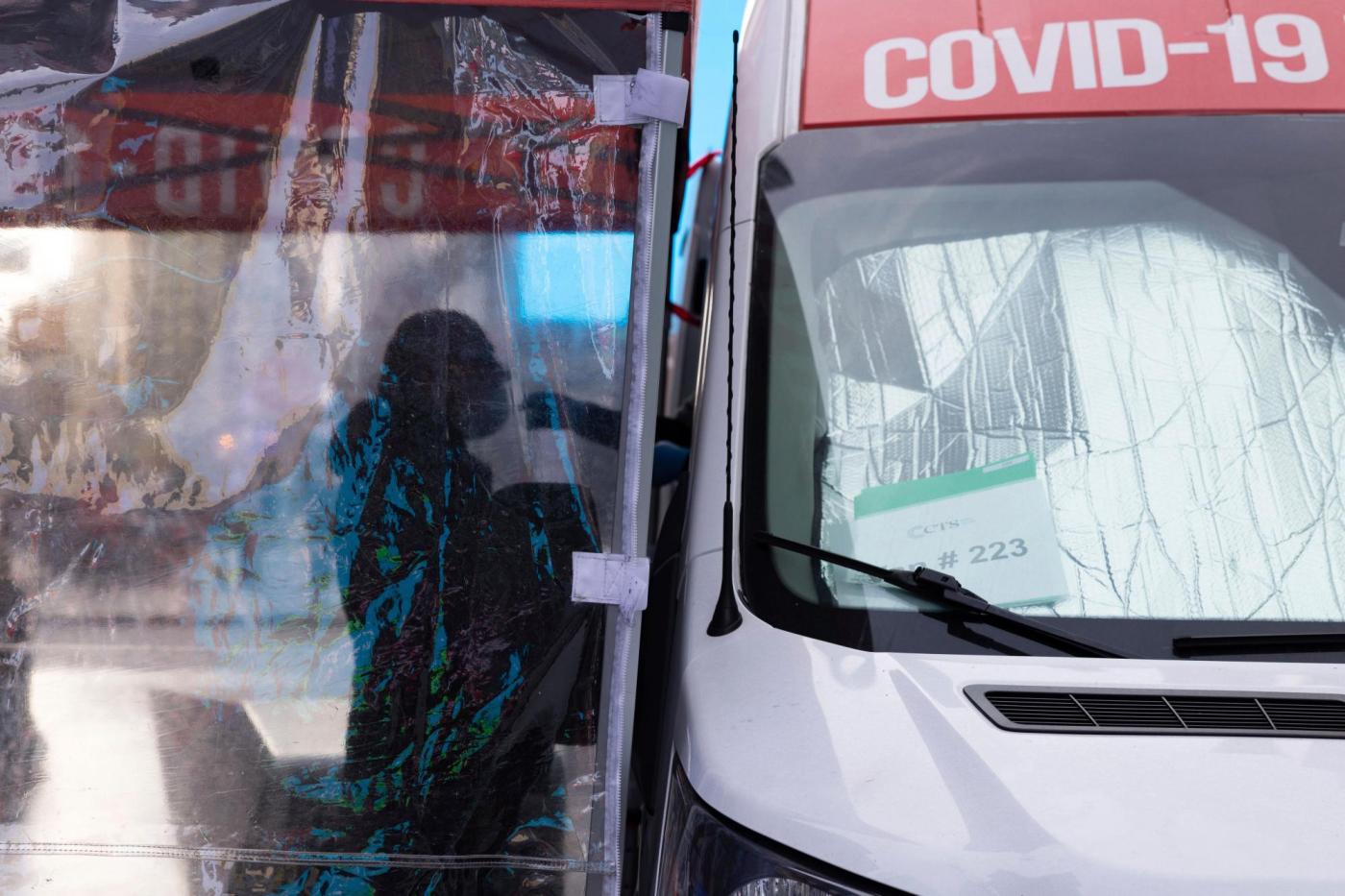 NEW YORK (AP) – Rising COVID-19 cases, long waiting lines for testing and canceling events may sound a bit like déjà vu, but so far, New York hospitals have not seen a repeat of the spikes that swept emergency departments at the start of the pandemic …

On Saturday, the state said nearly 22,000 people tested positive for COVID-19 on Friday, surpassing the previous day’s mark for the highest daily number of new cases since testing became widely available. More than half of the positive results came from the city.

On Friday, the Rockettes canceled the remaining performances of Radio City’s Christmas show, citing “growing pandemic concerns,” lines at some of the city’s test sites stretched around the block, and home tests were still difficult to obtain or more expensive than usual.

But new hospitalizations and deaths are – so far – on average well below their spring 2020 peak and even where they were at this time last year, during the winter surge that came when vaccinations just kicked off, city data show.

Mount Sinai Health System emergency departments are admitting an estimated 20% more patients – with all conditions – in recent days, according to Dr. Eric Legom, who oversees two of the network’s seven emergency rooms. But, at least so far, “we are seeing many more coronavirus patients treated and discharged” than in previous waves, he said.

Many are looking for tests, help with mild to moderate symptoms, or treatment with monoclonal antibodies, but very few require oxygen or hospital stays, Lehom said. He operates emergency departments at Mount Sinai West and Mount Sinai Morningside.

Hospital admissions and mortality tend to increase and decrease several weeks after the incidence of the disease increases. But Dr. Fritz François, department chief at NYU Langone Health, says “we are actually seeing something different” than in previous outbreaks.

NYU Langon has seen a slight increase in the number of COVID-19 patients, currently numbering around 80 across several hospitals in New York and nearby Long Island. This is about 80% less than at the peak of the last winter wave, François said.

NYU Langone continues to update its plans to deal with a spike if it does occur, but this willingness is simply the “new normal,” he said.

At Northwell Health’s sprawling healthcare system, “we’ll be ready to do it again if it happens,” but vaccinations and nearly two years of experience now paint a different picture, ”said Dr. John D’Angelo, head of Comprehensive Operations.

“I’m sure we can handle it, but this time there are some issues that I think we’ll have to think a little carefully,” he said.

Among them: the likelihood that more employees will get sick or be quarantined, as omicron is spreading at a time when many hospitals across the country are understaffed for various reasons. Northwell fired about 1,400 people – about 2% of its workforce – earlier this fall for refusing to get vaccinated. However, D’Angelo said he has enough staff to meet the projected needs.

Northwell, the state’s largest private health care system with nearly two dozen hospitals in and around New York City, had about 400 COVID-19 patients as of Friday – up from 300 a few weeks ago, but only a fraction of the 1,350 patients. last January, not to mention 3,500 in early spring 2020.

According to D’Angelo, about a quarter are vaccinated compared to 10-15% a month ago, mostly people with serious health problems.

New York’s Presbyterian Hospital System said it has seen a “slow but steady” increase in COVID-19 hospitalizations, but all of its hospitals are operating as usual.

Mix of pride and anger after shooting in Texas community

Horoscope for the day, Tuesday 6 December: Predictions for health and well-being