Latin America, an agricultural power that sees a rise in hunger, needs to change the way it produces food 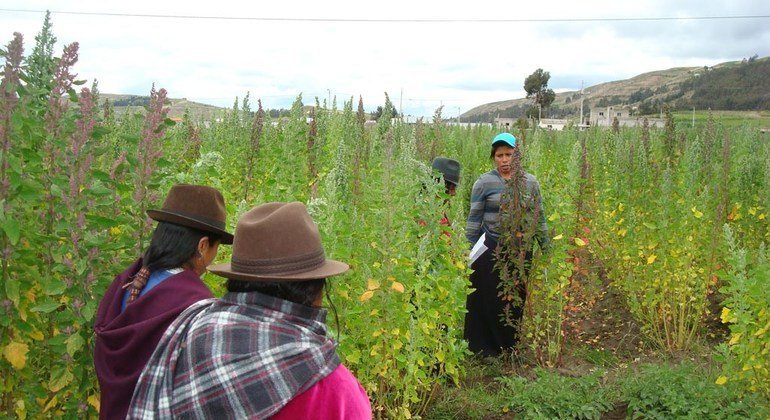 Latin America is an agricultural power, and yet there has been a sharp increase in hunger in recent years, highlighting the need to transform its agri-food systems to make it more efficient, more inclusive, resilient and sustainable. On Tuesday, Qu Dongyu said director general of the Food and Agriculture Organization (FAO) of the United Nations.

“The increase in hunger, poverty and malnutrition is a paradox for a region that contributes significantly to the world’s food supply and that produces enough food to feed its entire population,” said the director general of that UN agency. Said at an event organized. The Development Bank of Latin America, on the sidelines of the 77th session of the General Assembly, which brings together world leaders in New York.

No region of the world was more affected by the COVID-19 pandemic than Latin America and the Caribbean, where economies shrank twice as fast as the world average, with poverty reaching its highest level since 2006 as jobs were devastated And 65.6 million people were left hungry. Nearly five times that number, or more than 40% of the population, face moderate or severe food insecurity, according to UN agency figures.

The war in Ukraine, along with other conflicts, has increased the blow of the pandemic. And have added more unexpected challenges, particularly for the region’s net importers of wheat, corn and vegetable oils, all of which have been subject to price shocks over the past year.

The FAO Director-General said the sector’s potential as a net food exporter is at risk due to rising fertilizer costs, which could affect the production and yield of staple foods and pose a food availability and affordability crisis.

He also assured that FAO is committed to working with members from across the region and beyond to achieve “long-term inclusive and sustainable development”.

Q’s intervention took place within the framework of a conference organized by the Development Bank of Latin America to identify the challenges, strategies and urgent coordinating actions needed to promote food security in Latin America and the Caribbean.

The Development Bank of Latin America, which is made up of 18 countries in the region as well as Spain, Portugal and 13 private Latin American banks, is in the process of raising $7 billion in capital to expand its growth promotion activities, stability and regional integration. is in. in many sectors.

TSA reshuffle: How DIA security lines will change this week