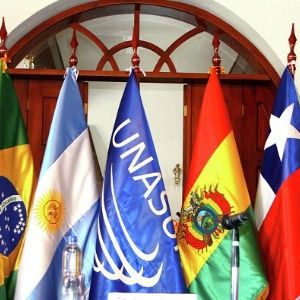 Former presidents, former ministers, parliamentarians and intellectuals from the region sent a letter to Venezuelan President Nicolas Maduro on Monday, calling on him to reinvigorate integration in the region and reinforce multilateral examples in favor of peace.

Venezuela expresses condolences to Turkey for attack in Istanbul

“Integration is needed today more than ever. An important effort in this direction will allow a virtuous circle to be nurtured that will strengthen multilateral bodies and contribute to a greater good that is currently under threat: peace. On the contrary, the countries of Latin America and the Caribbean ended wars long ago and can present themselves to the world as a zone of peace,” the text says.

Furthermore, the signatories of the letter emphasize that by next January many countries in the region will be headed by officials who are keen to further integrate the region and strengthen integration organizations.

He said, “This is an opportunity that cannot be missed. Together we can make our voices heard. By dividing we make ourselves invisible and we are not heard. Efforts at integration are old and yet They have minor consequences.”

On the other hand, he highlighted that the Union of South American Nations (UNASUR) was a favorable place for the possibilities of that region to identify common projects and implement joint initiatives, “during its seven years of operation”. Develop multiple initiatives of interest.

“However, its weak execution capability, the absence of an economic, commercial and productive dimension and the abuse of the veto inherent in the rule of unanimity in the decision-making process, even for the appointment of the Secretary-General, have facilitated Unasura’s paralysis.” Ki”, specifies the letter.

In this regard, he stressed the need for South American countries to reconstruct an effective space for consultation, and stressed that “this is not, however, a purely nostalgic reconstruction of a past that no longer exists. A The new Unasura should be taken self-critically.” allegation of shortcomings of the previous process”.

In the letter they propose the inclusion of new actors and methods in government and universities, institutions, cultural centers, trade unions and other sectors of society to accelerate and deepen the nation’s common efforts.

“We trust in his vision to make our South America a driving force for a new level of Latin American unity and integration, anchored in continental solidarity and the enduring values ​​of peace and democracy,” the signatories said.

Another issue raised was the need to work for orderly migration, develop integrated programs against climate change, road, rail and energy connectivity; as well as the recovery of the Inter-American Development Bank and the Development Bank of Latin America, among others.

CABA: driver’s license will be taken away from those who test positive in the breathalyzer test | Fines of up to 106,000 pesos