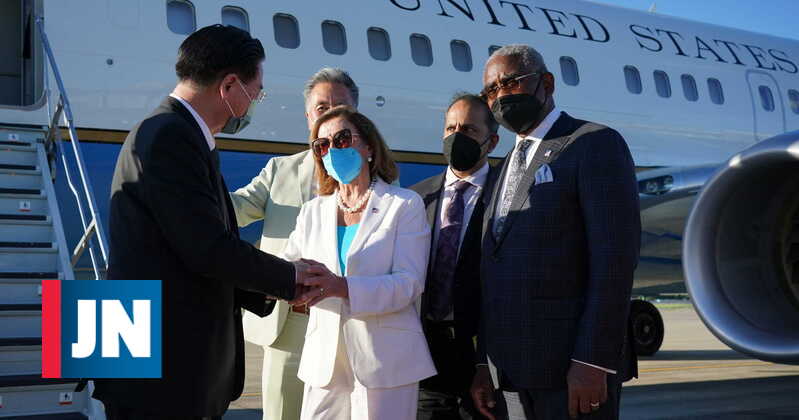 The Chinese League in Portugal scheduled a demonstration for the 22nd in front of the Embassy of the United States of America in Lisbon. The initiative intends to protest against Nancy Pelosi’s visit “in the Chinese province of Taiwan” for what constitutes a “violation of China’s sovereignty”.

The demonstration is scheduled for the late afternoon of 22 August and the organization expects the participation of a thousand people. According to the request to which JN had access, the action is aimed at defending the UN resolution that recognizes China’s unity in “one country, “one China”, one China.

The letter, sent to the Mayor of Lisbon and the Ministry of the Interior, stated that “customers and supporters of this demonstration would like to freely and peacefully express their opposition to Mrs.’s visit to the Chinese province of Taiwan, which Chinese diplomacy has legitimately accepted.” protested because, in the light of that resolution and the agreements established with the US, it represents a violation of China’s sovereignty”.

According to the Chinese Federation in Portugal, the visit, which took place at the beginning of the month, “caused insecurity and conflict in the Taiwan Strait and the region, and led to non-interference in the internal affairs of countries by the United Nations and recognition of the unity of the Chinese nation”. .

In the specific case of Taiwan, it is necessary to respect the sovereign path of the People’s Republic of China to promote peaceful reunification with Taiwan through the policy of “one country, two systems”, which has already successfully achieved its return to the homeland. have been applied. Hong Kong and Macau”, assures the statement.

Prosecutors recalled that in 1979, in a joint communiqué, the United States made “an unequivocal commitment” to recognize that “the government of the People’s Republic of China is the only legitimate government of China. In this context, the American people culturally will maintain relations, trade and other informal relations with the people of Taiwan”.