Learning Beyond the Faculty of Medicine – Diario Sanitario 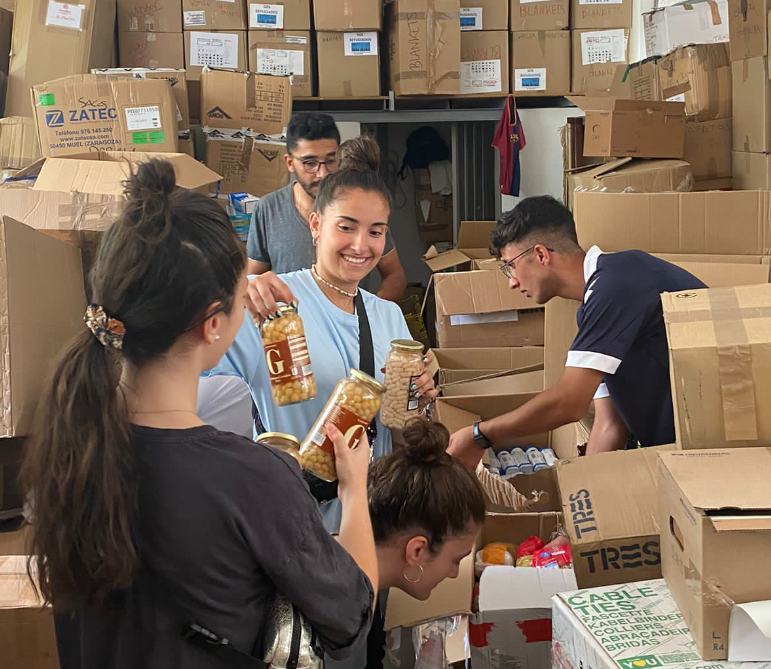 Pedro Trank, a professor at Albacete’s Faculty of Medicine who teaches one of the most feared disciplines, decided in 2018 that the training of his students should proceed to the point of “awakening their human values.” That effort has crystallized to such an extent that doctors of the future have created their own volunteer group, EMA, an acronym with which they are helping those who need it throughout the year in Albacete. And this summer he has been sent to Athens, where he has worked with refugees from Afghanistan, Cuba and Africa.

Professor Pedro Trank teaches a subject that is a real bone, Integrated morphology, structure and function of the human body, But, to top it off, it has few students who entered the Faculty of Medicine with the best records of the entire University of Castilla-La Mancha (UCLM). Thus, he was really concerned that such meritorious students did not develop a doctor, an aspect as important or more important than knowledge in human values.

In his efforts to take students out of the study routine, in 2018 he organized a humanitarian mission to a refugee camp on the Greek island of Lesbos. The future doctor did not go with a white coat and phonendoscope, but worked from sunrise to sunset to help the visiting population fleeing war and dictatorship, wearing what he wore.

Those first experiences were developing. And that is, no matter how good you have it, a student cannot reach a humanitarian mission without an NGO that supports him. Also, paying for tickets and lodging is not within the reach of any pocket. For this reason, last year was born EMA (Medicine Students in Action), a union with more than 80 students who have dedicated themselves to volunteering to various NGOs in Albacete, such as the Red Cross.

Thus, after spending a course in collecting food for refugees in Athens (Greece), volunteers from the medical faculty of Albacete, with the support of their university, travel to the Greek capital with the organization SOS Refugees Europe. There they are able to see what it is like to live with nothing, surviving in abandoned flats, victims of Taliban oppression.

This mission in Athens, like the previous one in Lesbos, will be the first of many. Professor Trank has achieved what he wanted, arousing interest in others that is not in the books. EMA is poised to become an ‘optional subject’ for all those who wish to inculcate their values. In fact, three groups have already traveled to Athens. And only one of the volunteers has returned as soon as he is gone.

«It has been an incredible experience, it is great to know the history of so many people and understand the hardships they go through every day»

“Immigration is a reality that reflects you, and makes you look at life with different eyes”

«To continue building a better world, with a battery recharged by the smiles of happy people meeting their needs»

«This has been the most incredible experience of my life, it allows you to see a reality that exists in society through the eyes of those who live it»

This whole story begins when Professor Pedro Trank, together with a doctor who was his student, decides to spend Easter in a refugee camp on the island of Lesbos (Greece). Beatriz Sánchez volunteered at Atenes and Pedro Trank was looking for a solution for medicine students. Four years have passed and medical students already have their own volunteer group, with whom they have already poured their grain of sand into the bleak panorama presented by refugees in Athens.

Do you want to cooperate with SOS Refugee Europe? 1 euro is enough

US “ready to use nuclear weapons” in potential military conflicts with Korea: Nkoria’s Kim