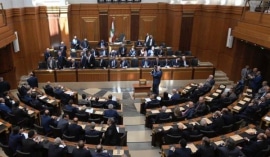 Beirut, Sept 29 (Pressa Latina) Amid doubts and political discrepancies, Lebanon’s parliament will meet today to elect a new president of the republic for the next six years.

When 33 days are left until the end of the constitutional term, the head of the legislative body, Nabih Beri, resorts to his prescribed powers to convene 128 deputies to a plenary session.

According to the national agreement and confessional system of independence from France in 1943, the post of President of the Lebanese Republic falls to a Maronite Christian.

In this sense, names such as Suleiman Franzieh, Emil Rahma, Samir Gegea, Michel Moawad, Nimat Afram and Sami Gemayel resonate among the candidates for the capture of Babada Palace.

According to Ghassan Saud, a Lebanese author on political affairs, since 2016 Generals Emil Lahoud (1998–2007), Michel Suleiman (2008–2014) and Michel Aoun, since 2016, military leaders in Lebanon are considered candidates.

Saud explained in an article on the website of the pan-Arab channel Al Mayadeen that the lack of government formation since last June is a pressing factor pushing toward the election of a president for the Lebanese republic.

He said that in the event of a constitutional vacancy, the functions of the President would be delegated to the Council of Ministers as per Article 62 of the Constitution.

Michel Aoun will end his administration on 31 October and, according to the Magna Carta, he cannot be re-elected until another six years have elapsed.

Lebanon seeks to appoint the 14th President of the post-independence republic within a constitutional period with the mission of working to promote economic and financial reform reforms.