Legal work in the United States: the wishes and obstacles of thousands of Cubans 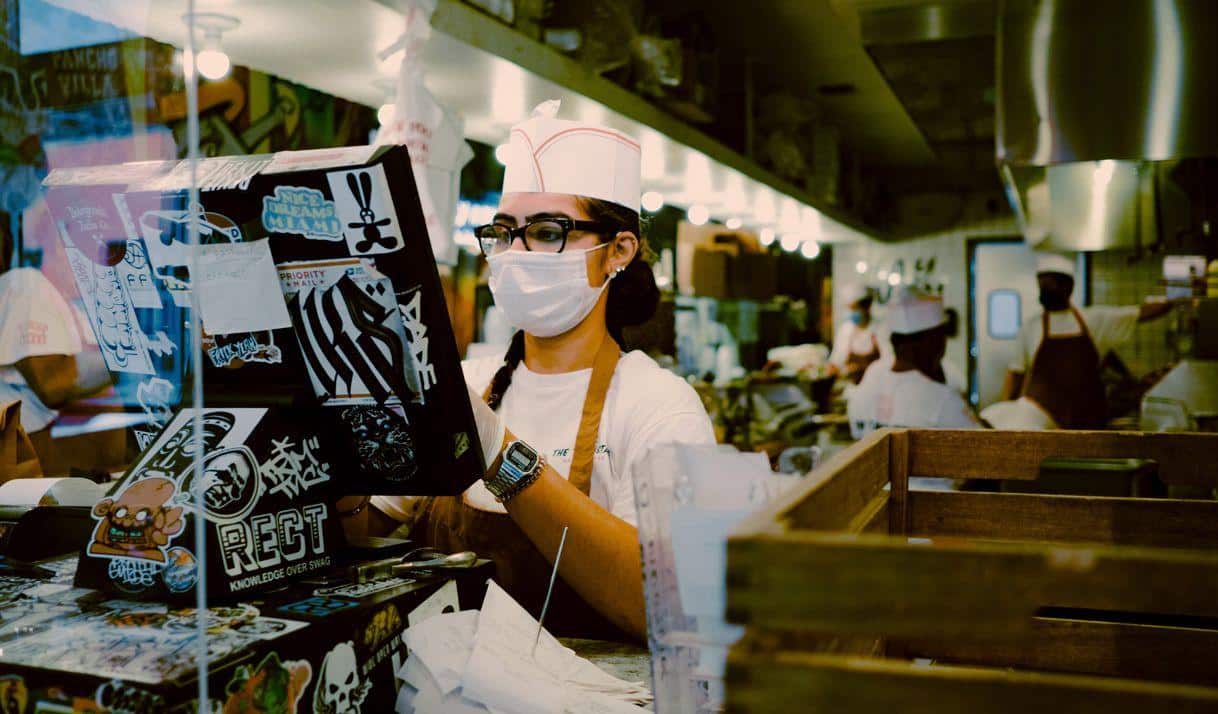 A petition on the Change platform that has accumulated more than 800 signatures calls for reducing the waiting time for newly arrived immigrants, applicants for political asylum, to apply for work permits in the United States. Among those who will likely benefit are a significant portion of the 249,756 Cubans expected to arrive in the North American country by land border in fiscal 2022 and so far in 2023.

The initiative is aimed at immigration services, the Joe Biden administration and, in particular, Cuban-American Alejandro Mayorcas, United States Secretary of Homeland Security. It aims to reach one thousand signatures, so that it can gain as much reach as possible and its importance is understood by the upper levels of Democratic government.

However, entrants do not have an immediate work permit, so they are eligible for government assistance. Current rules from the Department of Immigration and Citizenship (USCIS, for its abbreviation in English) establish that they issue work permits (via Form I-765) only 150-180 days after receiving proof of receipt of the case from the political From) can apply for. hospital.

«From the experience of my clients, it is taking about five months to obtain political asylum. After this time, you can apply for a work permit,” confirmed attorney Claudia Cañizares, who runs a law firm specializing in immigration matters in Miami, Florida.

We are hiring, only with work permit

The Petition for Change points out that immigrants without work permits become a family and a public liability. “Additionally, unregulated recruitment by employers increases,” which leads to abuses and violations of labor rights, it specifies.

For Cuban-American Fidel Villanueva, once immigrants turn themselves in at the border and begin their immigration process within the United States, the most beneficial thing for everyone will be so they can work. A faster way to your financial freedom.

«It would be most logical. An immigrant who is allowed to enter the United States should get an opportunity to work as soon as possible, thus helping the country and not being a burden to anyone,” he said. elTOQUE,

Karelia García, who will be entering the border in April 2022, believes that when the process of obtaining a Social Security number is complete, the document should include a work authorization.

“It opens many doors for you. It can be a temporary and restricted permit until the situation in the country changes. It can be used to do the works which the government approves, maybe we can get all the jobs But we are suitable for many people who need permission and this is a limitation. This is the biggest help this country can give us: work legally and be able to study And help them progress,” says Karelia Garcia, 27.

Rosana Garcia, one of the signers of the change petition, said that most immigrants “come to the United States to have a better life as a result of their work. Just because they are not allowed to work, they have to stay for more months than they need to.” There’s no point in giving away food stamps, health care and cash. It costs taxpayers a lot of money. We should let them contribute to the nation’s prosperity.”

Rosa Maria Garcia commented in the petition that she has been in the United States for seven months and has yet to receive proof of application for political asylum. “Then I have to wait 150 days to apply for a work permit. I want to work, no help from the government ».

As a resident of the United States, Lourdes Cabrera believes that reducing the time it takes to apply for a work permit is beneficial to everyone. «The rent issue in Miami, for example, where I live, is a bit delicate. The prices are very high and people coming to the country need to work to be able to pay for it,” he assured elTOQUE,

with cuba parole Humanitarian Assistance and Work Permits in the US: Estimated Benefits

Last July, the Department of Immigration and Citizenship introduced a new measure. It established that all Cubans and foreigners who entered parole Humanitarian workers in the United States can apply for a work permit. The order also supports immigrants who parole of public benefit.

Cuban Yisel Yuk reached the US border that month via El Paso, Texas, with her husband and their seven-year-old daughter. The official note of the department specifies that those who have the authorization can manage the work permit online. To do this, they need to login to the USCIS portal and fill out the information requested through Form I-765.

But in practice the reality has been quite different. Up to this moment, Yisel has not yet had her work permit approved and has only received an appointment to have her biometric data taken, known as “putting in fingerprints”. She and her husband had requested this since last August 9. «My fingerprinting appointment came on 8th September and I am still waiting for the rest of the process. My husband applied for it with me and went to fingerprints on December 2nd everything has been a long time for him.

“The work permit is an advance. Imagine how much you can do with it. You can work, study, improve yourself. There are places with conditions for many people to work, but the permit Not having one is the biggest obstacle. I’ve been to many places that don’t offer me positions because of work permit issues, not because of my abilities,” Yisl said.

According to the latest data from the United States Department of Labor’s Bureau of Labor Statistics, there were 10.3 million open positions in the country in October 2022. Their total number in the southern region was 4 million. The states are Alabama, Arkansas, Delaware, District of Columbia, Florida, Georgia, Kentucky, Louisiana, Maryland, Mississippi, North Carolina, Oklahoma, South Carolina, Tennessee, Texas, Virginia, and West Virginia.

For the expatriate community, the state of Florida is the most sought after destination to live in.Work, Even then, waiting to apply for work permit Limits opportunities for new Linheritance and prevents access to vacant jobs,

Alejandro Hernandez and Carmen Diaz Echevarría highlighted the need for a work permit in the comments forum for Petition for Change. “I don’t want to be a public charge. I can’t go back to my country, so I want to work here legally and pay my taxes,” Alejandro wrote. Carmen confesses that she has been waiting a long time for her permission to be able to work legally.