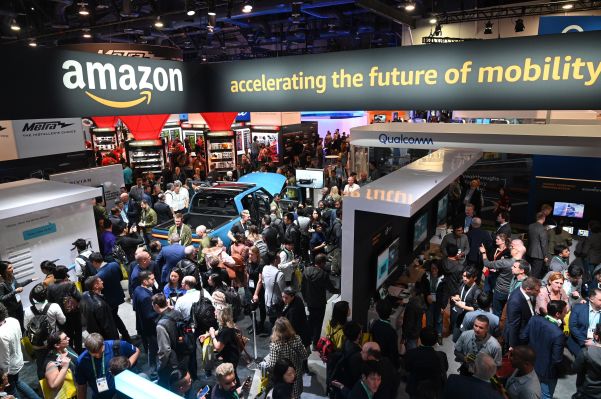 long gone Gone are the days when CES actually stood for “Consumer Electronics Show” – CTA has seen it in their various small prints. I recommend that you check out our recent Best of CES 2012 story for a look back at the days when things like smartphones took center stage at the event. Mobile World Congress has taken some of the wind out of the sails of CES, as well as an increased push for companies to introduce flagships at their own events.

What did we get this year, a preview of the latest OnePlus device from Samsung budget-flagship and a parallel event? Things certainly weren’t helped by the fact that LG and HTC — both of which were involved in the show in some form or another — are either mostly or completely out of the smartphone game. And Huawei, which had a major presence at the show a few years back, won’t be attending CES anytime soon.

Much of that void has been filled by transportation. Over the past decade, CES has transformed into a major automotive show, as carmakers seek to prove to the world that they are on the bleeding edge of technology, from autonomy to in-car systems, to sending robots across the Martian metaverse. are on. The show certainly kept Kirsten and Rebecca pretty busy this week.

CES remains a major event on the consumer hardware side of things, even if there aren’t as many phones as they once were. It’s still a major showcase for PCs, connected health, smart home gadgets, accessories, and even robotics. It’s also a fascinating look at how this industry is evolving. Take fitness – The vast majority of wearables have declined, though companies are experimenting with new form factors, such as rings. Meanwhile, companies like Peloton and Mirror have boomed.

On a pretty underwhelming performance for wearables, Garmin managed to grab some headlines with its hybrid sport smartwatch. Hybrid smartwatches have been a pretty mixed bag over the years, but Garmin has proven to be a surprisingly strong brand in the wearables category. And the Vivomove Sport is a pretty great looking watch, with a clean design that will appeal to those put off by flashier smartwatches.

Trackers have had a few moments in the wake of the popularity of products like Tile and Apple Airtags. The first one this year found another PC partner at Lenovo, as the ThinkPad X1 got Tile Tracking support, allowing users to find their lost laptop for up to 14 days, even if it’s turned off. Meanwhile, Targus built Apple’s Find My Support straight into its latest backpack. 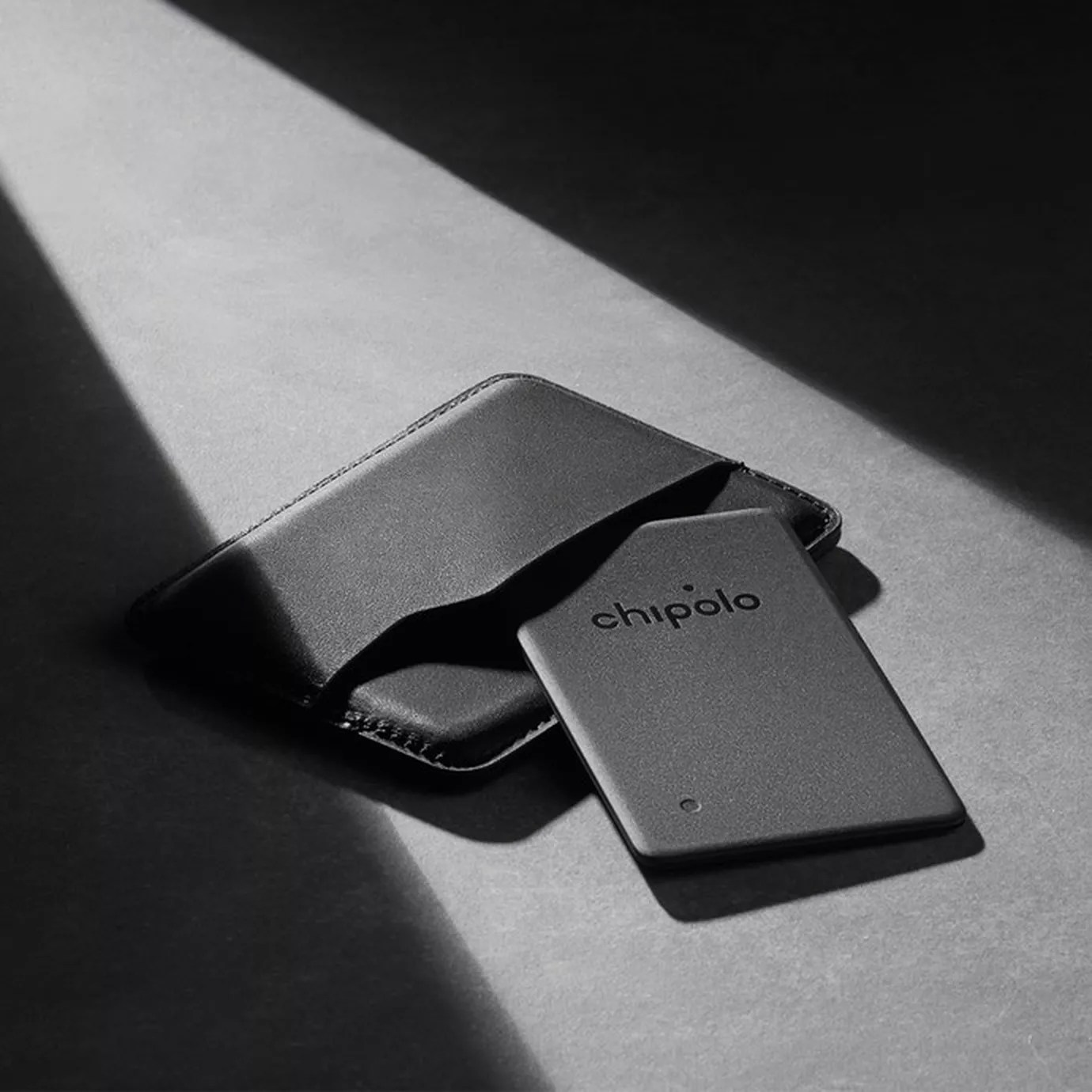 But Chipolo has got approval with the introduction of the card here. The device, which also supports Find My, is slightly larger than a credit card and is designed to stay in a wallet, so you get an alert every time you leave a product behind. I currently have an AirTag, which I use for my keys. As someone who has lost my wallet more than once in my adult life, I’d say this is a fairly compelling use case that would make me consider opening up for another.

Devin just dropped the AXE11000 Tri-Band Wi-Fi 6E Router at the end of his whole, what my work from home set up would look like if I were independently rich roundup (paraphrasing here). This thing is pretty wild – especially as far as the router world goes. The system has a motorized antenna that adjusts to receive a stronger signal. No word on price there, but you’re going to pay for that luxury on top of TP-Link’s already high base price. But can you really put the price tag on fast Wi-Fi? 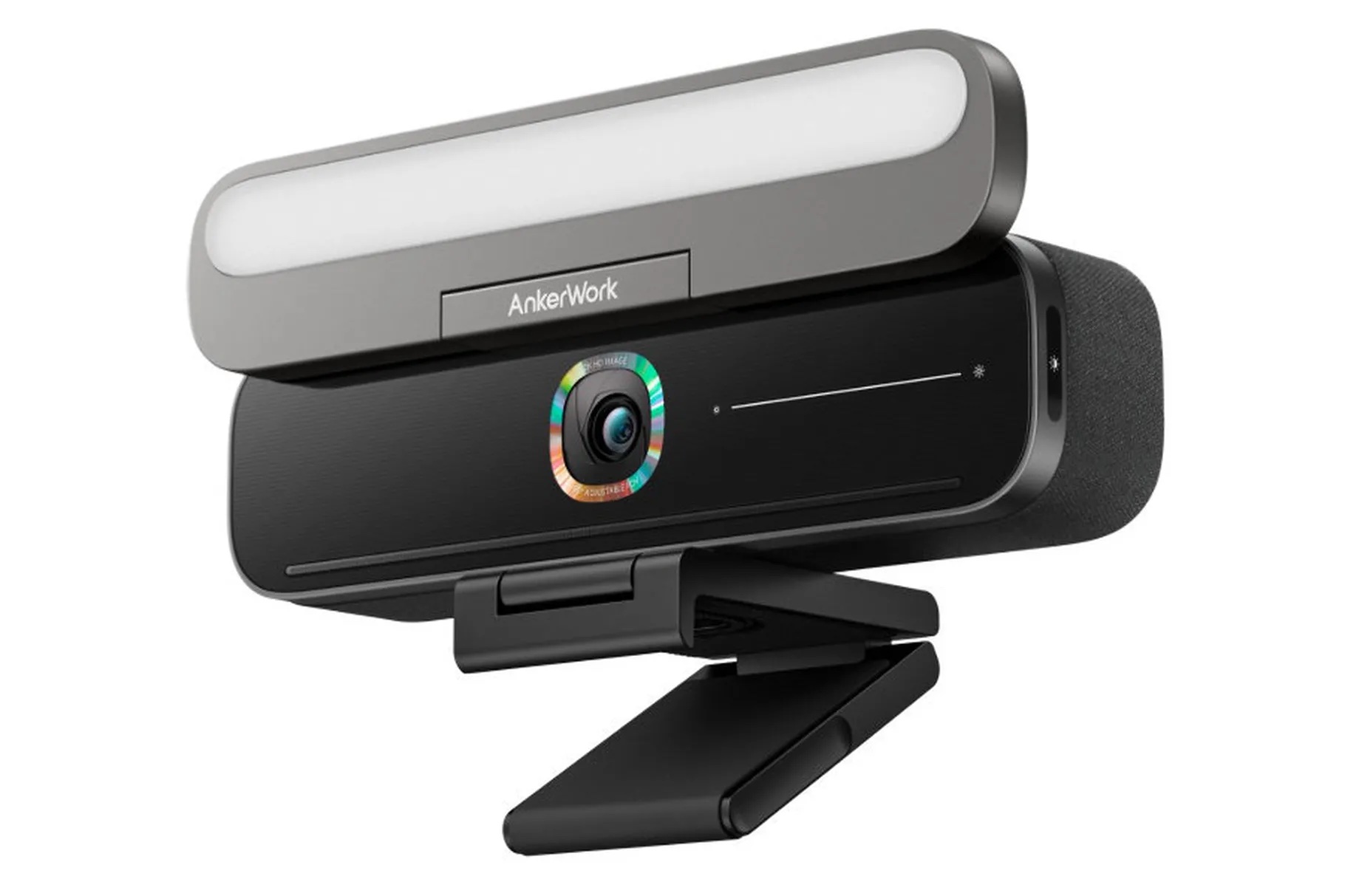 Shoutout to the prospect of having a more reasonably priced remote accessory. If nothing else, Anchor knows how to keep costs down; $220 will get you the Video Bar, a one-of-a-kind all-in-one webcam solution. You get a 2K camera with AI-based picture framing, along with a built-in lightbar and speakers. It’s not going to replace more advanced studio setups (or, for that matter, Opel), but it’s a solid plug and play solution for those looking to get their home video games on (relatively) cheap. 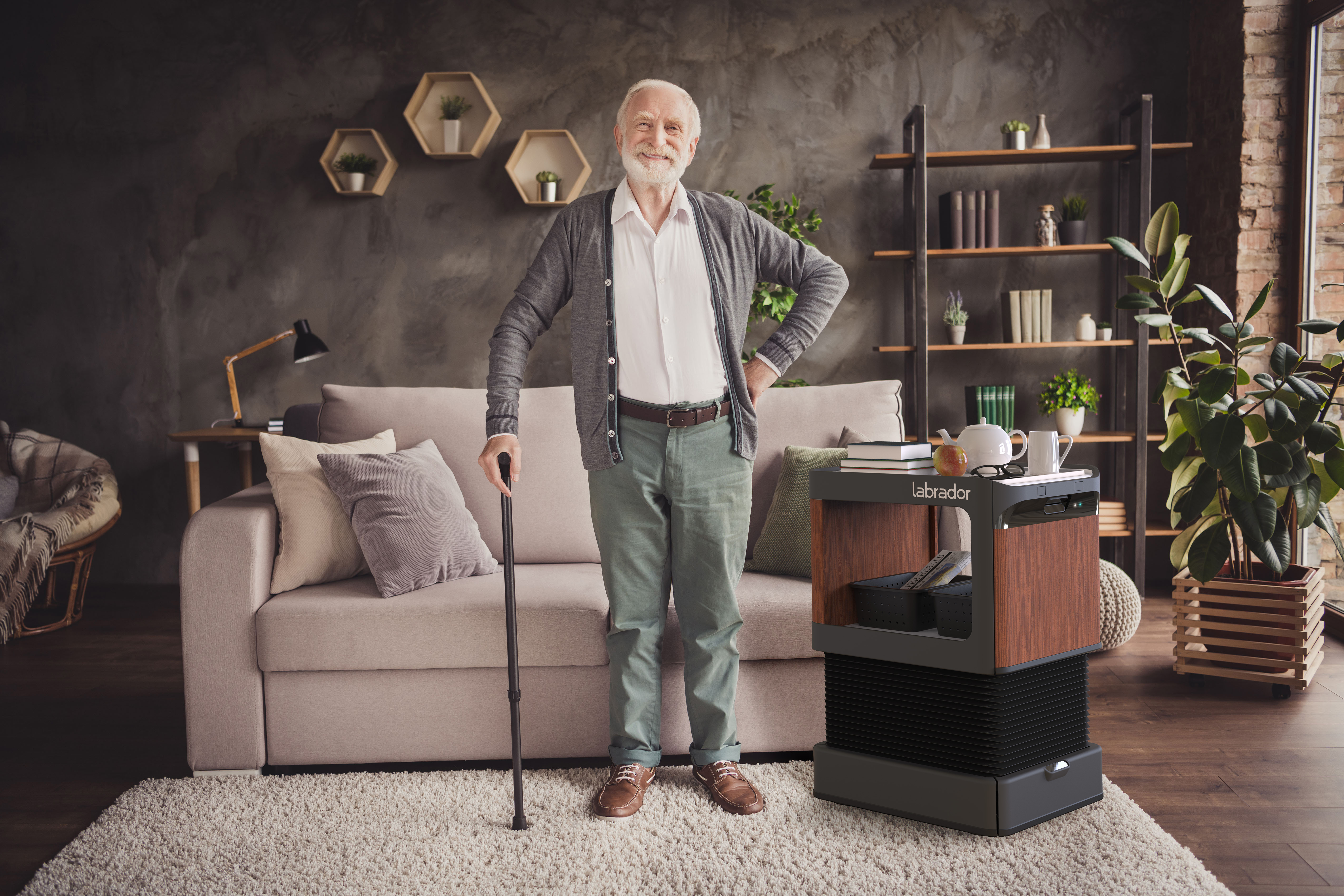 Earlier this week, I wrote a lot of words about the evolution of CES as a robotics show. One of the biggest sticking points is the general lack of viable home robotics beyond Roomba and an army of companion robot vacuums. I was more than happy to get a better look at the Labrador’s system this week, though, because it addresses a very real need—especially those with limited mobility looking to stay independent. The system is effectively a mobile helping hand for the home. 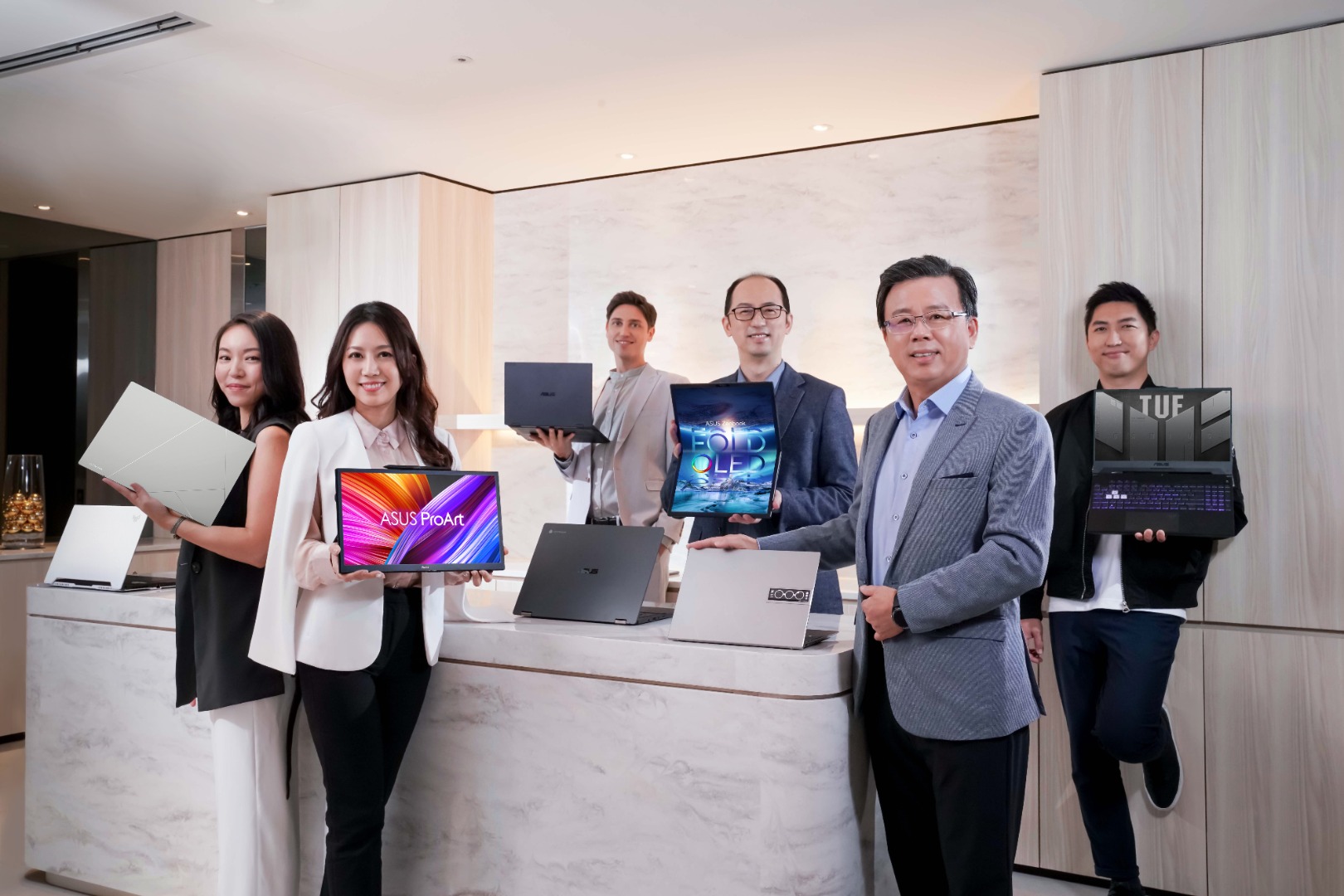 It’s not CES without a fun new form factor, and the Asus Zenbook 17 Fold OLED takes the cake by a mile this year, adopting the foldable phone form factor into a full-fledged laptop. The most surprising thing is that the company is actually planning to release this thing. I suspect I’m not alone in believing this thing was just a concept when I first saw a render, but Asus plans to release the system in the second quarter of this year. So we’ll soon see how close the commercial product looks to these shots.

Samsung dropped its usual sensory bombshell this year. There were no robots, just washing machines and budget phones, but it manages to fold into a fun projector of all things. Despite their relatively limited appeal, companies keep trying to make a projector that, at the very least, is small, well built, and looks good. This too is $900, which means it is likely to hold its position.

Read Also:  Justin Fox: Are older kids still at home? Changes are on the horizon