Lieutenant of Europe’s most wanted drug trafficker arrested in Benidorm 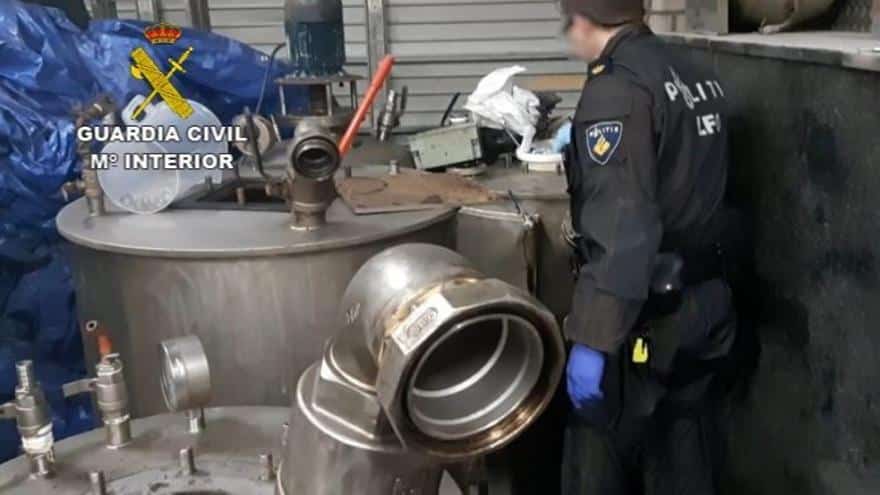 civil guard did detained in Benidorm (Alicante) for number two of one of the dedicated criminal organizations drug trafficking most important of EuropaA 44-year-old man who is accused of having introduced 840 kg of hashish into the Netherlands, transferred 106 kg of cocaine to the United Kingdom and laundered at least 6 million euros.

The investigation began after Dutch authorities launched an operation against the leader of the criminal group, according to a statement from the Civil Guard. A 60-year-old drug trafficker with a long criminal record and his lieutenant living in Benidorm were discovered as a result of that operation.

The investigated entity specialized in large-scale production of synthetic drugs, with extensive experience in this field and important contacts in several countries.

Thus, the Dutch policemen knew that The leader’s right hand may be in SpainFor which he contacted the Civil Guard, who started an investigation to find out.

The now detainee, who lived with his family in a rented house and led a discreet life, is believed to be directly responsible for the introduction of 840 kg of hashish into the Netherlands, 106 kg of cocaine into the United Kingdom from the Netherlands. Transfer and laundering for an organization of at least 6 million Euros.

known and located to all members of the organization, Simultaneous joint performances were planned in the Netherlands, Belgium and Spain.

In searches in the Netherlands and Belgium, police in these countries arrested the ringleader and seven other members of the organization, in addition to seizing weapons, one kilogram of crystal meth (zombie drug), chemical products and precursors.

In Spain, searches were carried out in Benidorm and the organization’s number two was arrested, which was made available to Madrid’s Central Court of Instruction No. 4 in accordance with the European Arrest and Surrender Order that was in force by the authorities. countries less.