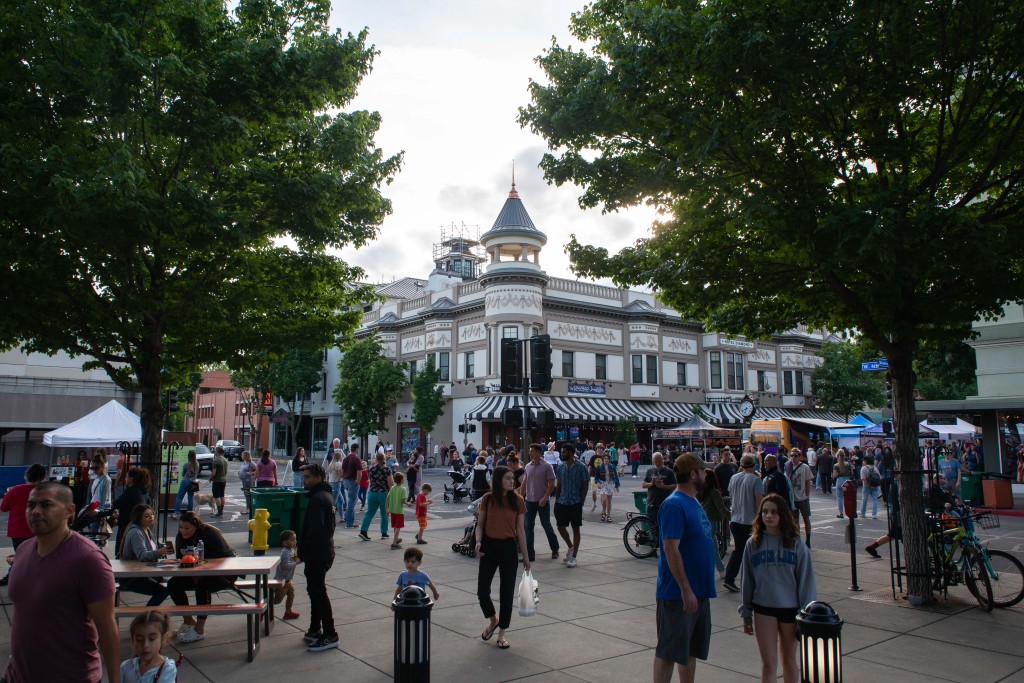 CHICO – A third celebration of Cinco de Mayo, the reopening of the Thursday night market and a kick-off of 150 years of Chico’s celebration add to the considerable night in downtown Chico.

For the occasion, local leaders spoke at City Plaza as Chicans gathered to enjoy the festivities.

Coolidge said there are 102,892 people in Chico City today.

“There is an interesting fact when you look at it. If you go back 25 years ago, there are half the people in our city. It is very important to realize that more than half of our cities are people who have lived in the last 25 years. Chico’s new to town. So I think it’s very important because we’re going back to 1872 in this 150th year – what John and Annie Bidwell didn’t realize was that we would become the centerpiece of Northern California as Chico So we are very proud of that legacy.

“We know certain things very well that make Chico’s special. Whether it’s Bidwell Park, whether it’s the Sierra Nevada Brewery; whether it’s Enlo Hospital; whether it’s Chico State, my alma mater; these are the things that make it great.” “Looking to the future, Chico will return to a city that is clean, beautiful and safe.”

“Congratulations to Chico – one hundred and fifty years of excellence. When John and Annie Bidwell came here to see this great land and work with other greats in California history, they had a vision, the Humboldt Trail. And started down that route to bring commerce; to bring all kinds of things that make up California’s prospects that are now thriving — and so Chico’s really embodies that spirit,” Lamalfa said.

Chico State President Gail Hutchinson talks about the formation of Chico State which began as Chico Normal School 15 years after Chico was incorporated.

“We started by educating faculty from the state of California and we’ve grown into a comprehensive university with more than 185,000 alumni globally,” Hutchinson said. “Chico City and Chico State are great partners and together we are committed to continuing to drive innovation, creativity, technology, equity, inclusion, diversity.”

A new addition to the Thursday Night Market called Chico Artists Block showcases artists from local art centers who are invited to exhibit their work at no cost.

As the speech closed, the Debajito band played music for the crowd at the Thursday Night Market.