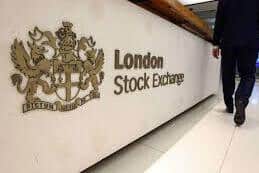 Historically, London emerges as the largest stock exchange in the European region, But this week Paris has snatched positions, reaching a market value of $2.823 billion compared to $2.821 billion for London.

A series of factors have come together to produce this situation, such as Uncertainties arising from Brexit, pound collapse, possible recession and a rebound in French luxury stocks like LVMH.

Recent moves in currency markets have benefited France, as former Prime Minister Liz Truss’s ill-fated budget bill coupled with September’s high tax cuts that were not properly offset by cuts in public spending. Sterling dropped to its lowest value against the US dollar and plunged the economy into chaos,


Confidence in the UK market declined three weeks after a truce led the country, and UK stock and bond markets £500 billion in damage sterling in the combined value.

At the same time, Brexit has caused structural damage to the British economy. It has reduced the potential output of the economy, it has reduced business investment. The UK economy is now the worst performing of the G7 economies, with Brexit significantly reducing the economy’s potential output, and the only economy not to reach pre-Covid levels.


Looking back, just five years ago, when Britain voted to leave the EU, UK stocks were worth $1.5 trillion more than France’s. It just so happens that UK mid-caps (companies valued between £2bn and £10bn) have also been hit hard by Downside forecast UK inflation will be more affected than other countries,

Small, consumer-oriented businesses have been hit hard by an economic downturn that has been exacerbated by energy crisis, high inflation and recent market volatility,

“Rotella rupture”: he reveals the deep search and violent chat of a PSG soccer player arrested for attacking a fellow