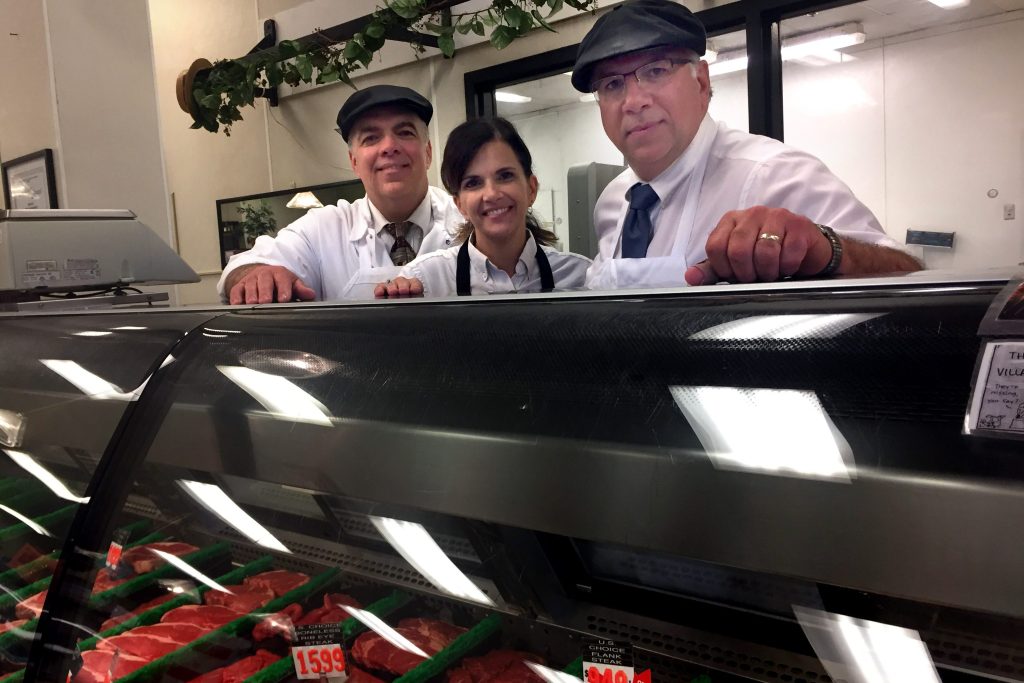 John “Bud” Brine opened Brine’s Quality Meat Market in 1958. From there, the family business grew; He opened another Stillwater location with a bar and restaurant in 1974 and ran a restaurant in St. Paul for 14 years.

John Brine passed away in 2010. As his son Mark Brine looks at the things his father has made, he says it has been a family affair from the start.

“We always say that our dad’s favorite tool was the milk crate; That way, we kids can stand on them to reach for a meat grinder or skim beer,” said Mark Brine.

All six Brine siblings had been involved in the family business over the years. Mark Brine, along with his sister Polly Hoy, ran the meat market until January.

“When people ask when I started working at Brine, I say ‘at birth,'” Hoy said.

As a girl, Hoy worked at Brine’s market candy counter, whipping up malts. Over the years, she has done everything from bookkeeping and management to baking and cooking.

“When you’re running a small business, you’re the one who handles it all,” Hoy said.

Hoy credits the 64-year-old’s success to the passion and work ethic of his father, his siblings, and all the grandchildren and spouses who helped along the way.

As the Brine siblings began to retire one by one, the family began leaving businesses. At first, he let go of the St. Paul location. In 2018, he moved his Stillwater restaurant to 219 S.O. Sold on Main St.

Last year, Brine and Hoy decided to retire and sell Brin’s Market & Daily, the family’s last franchise. Within five weeks of its arrival on the market, Stillwater Food Group’s Scott Destasio and Corey McCracken bought it.

“We are about five months in, and the transition is going well,” Destasio said. “They had a great team before we got here, and they’ve helped make everything easier.”

So far, barely anything has changed since the ownership was transferred. And Destasio says the plan is to keep it that way.

“Ultimately, Bruins built a great business. Our sole intention is to improve what already exists,” he said.

Stillwater Food Group has invested in some updated equipment and is working to expand the locally produced product segment of the market. But as far as the signature items in the daily case are concerned?

“They know not to fix what’s already working,” Brine said. “All of our brat recipes and our salads we’re known for haven’t changed. We told them it would be revolting if they ever did.”

From the archives: Brine’s Bazaar expands on the story behind the perky pig in the Daily Case

As with the last franchise, Hoy and Brine are reflecting on the family memories that come with the business: walking in parades at Lumberjack Days, hosting bokeh ball tournaments in the dead of winter, and using the restaurant’s kitchen to cook food for the family. Thanksgiving dinner.

“Working with your family isn’t always easy, but the memories we have together are the most rewarding part of running a business,” Hoy said.

They both already remember the daily interactions with their customers at the meat counter.

“Our clients watched us grow up, and we watched them grow up too,” Brine said.

Real Housewives Of Dubai is here! The cast and release date are announced by Bravo

Hotline Mailbag Special Edition: All About the Recession on Washington and Montlake