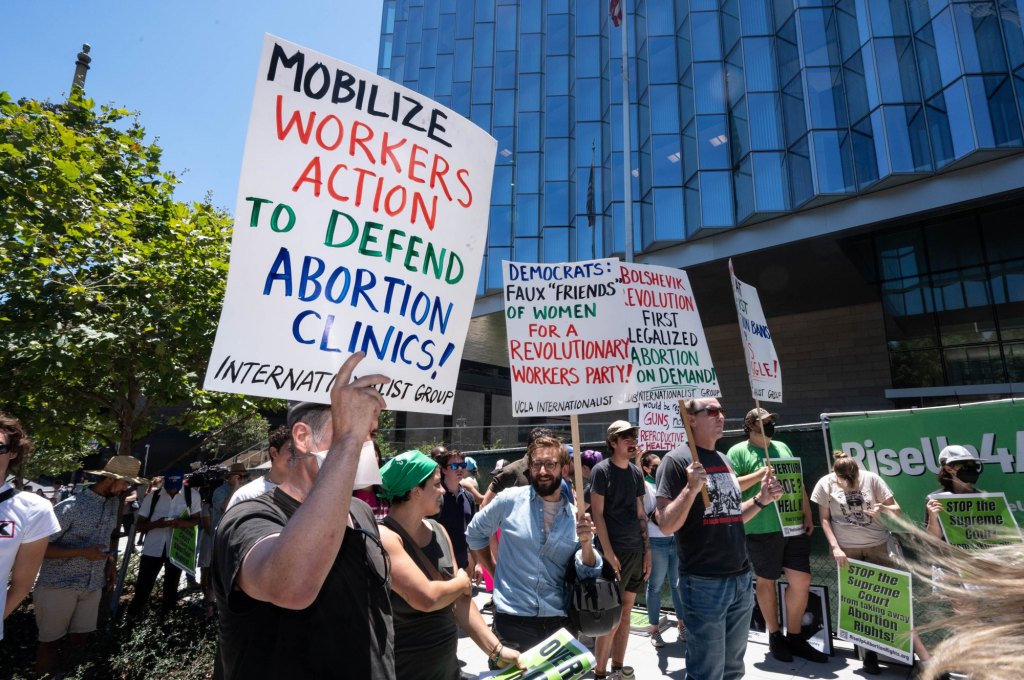 LOS ANGELES — The Los Angeles County Department of Public Health on Friday condemned the U.S. Supreme Court’s decision to strike down Roe v. Wade, calling it “shocking in its disregard for the health, rights, and dignity of half the U.S. population.”

At the same time, the Department of Health highlighted the county’s “Safe Haven Abortion Project,” which “aims to improve access to abortion and a full range of reproductive health services for Los Angeles residents and people coming here from states where abortion is illegal.” . no longer an option.”

“Access to the full range of sexual and reproductive health services, including abortion, is fundamental to the health of individuals, families and communities,” the health ministry said in a statement.

Friday’s 5 to 4 Supreme Court ruling overturning Rowe, 49, sends abortion policy back to individual states, many of which have restricted or outlawed the procedure in recent months.

California officials including Gov. Gavin Newsom and Los Angeles Mayor Eric Garcetti pledged to keep the state a safe haven for women seeking abortions, with Garcetti joining 10 mayors from across the country in a joint statement in support of abortion rights.

In anticipation of Friday’s decision – the draft of which was first leaked last month – the county was preparing for an influx of women from other states where abortion would be illegal to seek procedures here. The UCLA Law Center for Reproductive Health, Law, and Policy recently released a study showing that between 8,000 and 16,000 people travel to California each year for abortions.

“Many states will now make abortion illegal; Abortion is illegal in some states as of today,” the Health Department said in a statement Friday.

“Overall, we expect that as a result of this decision, abortion will eventually become virtually impossible in more than half of the US states. The patchwork of laws across the country will create confusion, fear and chaos for people who need abortions.”

The Department of Health stressed, “Make sure your friends and families know that abortion remains safe and legal in California and here in Los Angeles County.”

The agency’s statement also highlights what it says will be an injustice as a result of the high court’s ruling.

“We know from decades of research that the impact of the criminalization of abortion is hitting hardest on people who are already fighting for access to health care, including abortion,” the department said in a statement.

“These include low-income women, women of color, immigrants, youth and LGBTQI+ people, many of whom will now potentially face the prospect of forced births. All people, whether in Los Angeles or elsewhere, should have access to safe, legal, and quality abortion services.”

For more information, go to publichealth.lacounty.gov/owh/Abortion.htm.

They burn pipes to avoid sending water to Monterrey