Love beats hate in caravan against US blockade of Cuba 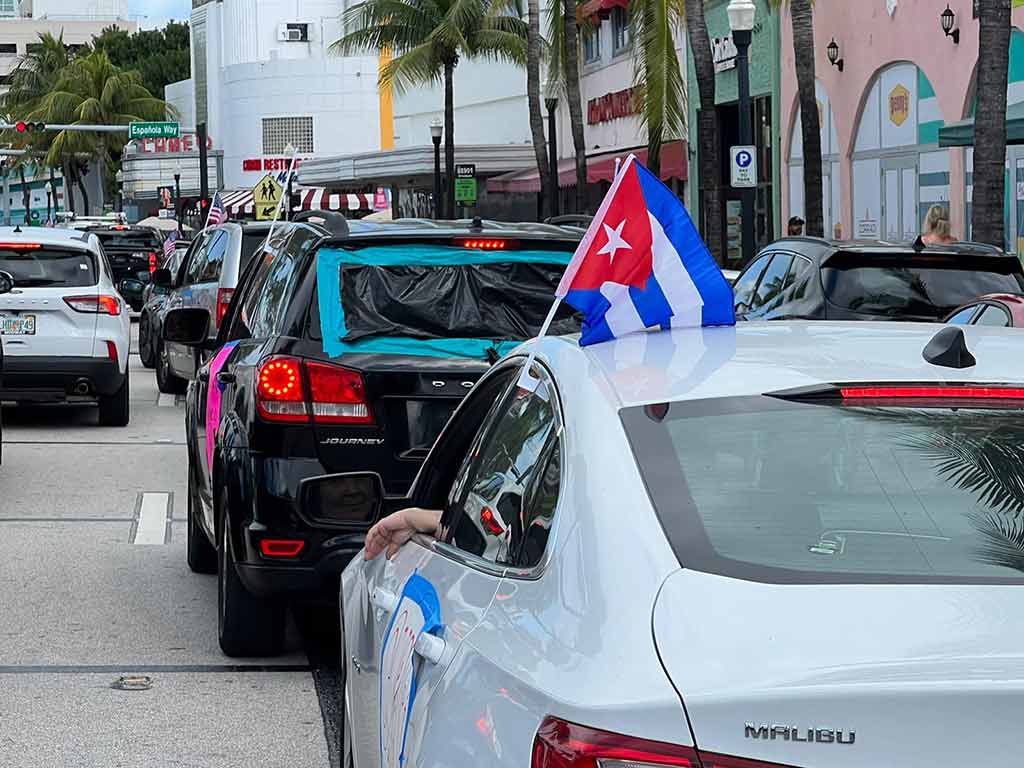 Chanting “Yes to Cuba, no to the blockade,” a new caravan rolled through the streets of Miami today in protest against the policy of suffocation that the United States has imposed on the Caribbean country for more than six decades .

After singing strains of the Cuban national anthem and at 11:00 a.m. local time this Sunday, about a hundred caravaners boarded vehicles to travel with their messages through the central streets of that city in South Florida.

Those who oppose us want to show off anyway, said Roberto Yees, a member of the Puentes de Amor solidarity project, which called for the initiative, rejecting the provocations of a group of people.

In a live broadcast through social networks, the activist expressed: “We want peace and love between the peoples of Cuba and the United States” and affirmed that “we are on the side of those who found and built. “

As always, the haters are trying to create incidents against the Cuban family, but we are not going to stop and we are going to do more and more, warned Professor Carlos Lazo, coordinator of Bridges of Love.

Lazo reiterated that only “a small group of bad sons oppose the lifting of the blockade,” but the majority want Cuba’s national sovereignty to be respected and the embargo lifted, and “that’s why we will keep fighting.”

He also highlighted the Cuban immigrants who traveled from different parts of the United States to join the Miami Caravan, as well as events in New York and Italy.

Another month of caravans, more than two years Cubans and non-Cubans have called for the brutal blockade to be lifted, the activist pointed out.

The caravan also intends to receive contributions to bring powdered milk to pediatric hospitals in the provinces of Guantanamo and Santiago de Cuba, located in the eastern part of the Caribbean country.

At the end of the month, solidarity caravans take place in different parts of the world, and among other demands they defend the family reunification program, the resumption of remittances and visits, affected by 243 measures imposed during Donald Trump’s mandate ( 2017–2021), almost entirely under the influence of Joe Biden Gov.

Lazo affirmed in previous statements to Pres Latina that “no one stops them” from taking action against the end of the blockade, because “it is necessary to end this irrational and cruel policy and to build bridges of love.”

The Solidarity Project, led by a Cuba professor based in downtown Seattle, coordinates donations to Cuba, in addition to Caravan, and last October was one of the organizations that urged US authorities to unilaterally remove the island from its list of sponsor countries. Where did you go? terrorism.