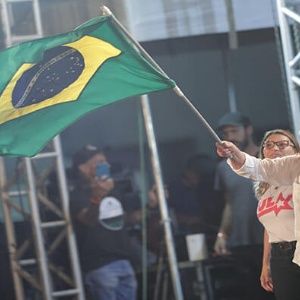 The elected President of Brazil, Luiz Inácio Lula da Silva, will hold meetings with the heads of the Senate, Rodrigo Pacheco, the Chamber of Deputies, Arthur Lira, and the Federal Supreme Court, Rosa Weber, in the Brazilian capital this Wednesday.

Lula celebrates the beginning of the transition to investing

The meetings, led by Lula da Silva, are aimed at negotiating some points related to the 2023 budget.

During November 9, the former president will also meet with the President of the Superior Electoral Court (TSE) Alexandre de Moraes.

Warning: Lula will visit Brasilia for the first time as elected president on Tuesday and will meet with officials Arthur Lira, Rodrigo Pacheco, Alexandre de Moraes and Rosa Weber.


As part of its agenda in Brasilia, the elected head of state will meet with a government transition cabinet coordinated by its vice president, former governor Gerardo Alcamin.

Upon formally assuming power in January 2023, the Transition Cabinet has the mission of preparing the first measures to be adopted by the new Lula government.

A day earlier, Alkamin signed the ordinance with the first 16 names and 12 representatives from parties that supported the former trade unionist-led electoral formula.

Alkmin would preside over the general ordination, and the federal deputy and chairman of the Workers’ Party, Gliesi Hoffmann, assumed political liaison.

I am pleased to do so on behalf of the President @LulaOfficial, the first announcements of the transitional government. We signed three ordinances, which are as follows:

1) Establishment of Transition Cabinet with its 31 technical groups, which will cooperate in each area of ​​government (+)


For her part, the future first lady, Janja da Silva, will be in charge of coordinating the opening ceremony on January 1, while former minister Aloisio Mercadante will regularize the technical fields.

According to the former governor, there will be 31 technical groups in the transition cabinet, each with four members.

He specified that the appointments of the members of the transitional cabinet did not mean that they would be officers of the new government of Lula da Silva.

The transition team can have a maximum of 50 members who will serve in commissioned positions in the federal government. The cabinet has access to all information about the executive, including information considered confidential.

Gerardo Alcamin said a proposal to submit to the National Congress to maintain Oxilio Brasil, a program to help families in need in 2023, has yet to be decided.