Lula’s party accused Bolsonaro of complicity in the destruction in Brasilia. Hoffman calls for demilitarization of barracks fronts 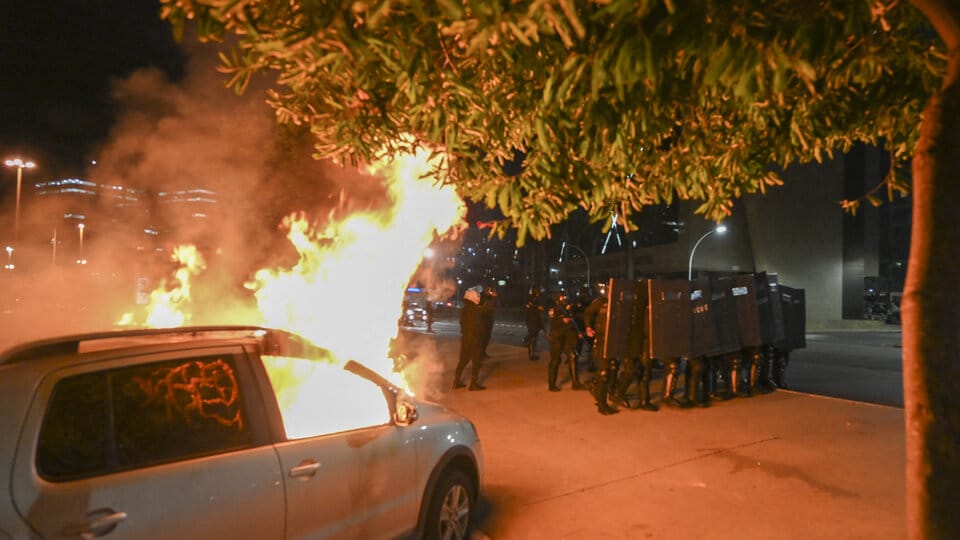 workers party (PT), Brazil’s President-elect Luiz Inacio Lula da Silva confirmed this Tuesday that President jair bolsonaro He is an accomplice of the groups that promoted the events in Brasília when Lula was official as future president.

,The chaos in Brasilia looked somewhat professional And it is very strange that no one has been imprisoned”, Gleissy Hoffmann, president of the PT and a member of the team appointed by Lula for the transition of the government, said on his social networks. Hoffmann indicated serious disturbances. Attorney General K. Dozens of Bolsonaroists thronged the capital Monday night to protest the arrest of a far-right activist requested by the office and ordered by a Supreme Court judge.

The arrested person has been identified as Joseph Babool Serere Zawant, an evangelical pastor who presents himself as an “indigenous leader” and who has participated in protests against the electoral process since Lula’s victory was confirmed in the 30 October election. These demonstrations are concentrated outside the army barracks and call for military intervention to keep Bolsonaro in power and prevent the inauguration of Lula, scheduled for January 1.

There were incidents of violence in protest against the arrest of an extreme-right activist and Thirteen vehicles were burnt in whole or in part by groups identified with Bolsonaro. Demonstrators also tore down street signs and burned trash cans around the hotel area where Lula is staying, hours before The diploma certifies his victory in the October elections.

As Hoffman argued, Bolsonaro is an accomplice of the “coup” movement, “How can the President of the Republic shelter those involved?” The PT president asked, pointing to meetings that had taken place in recent days outside his official residence with some groups that do not know the results of the election last October. “already It’s time to demolish the fronts of the barracksThere is nothing of freedom of expression, only a coup,” Hoffmann said.