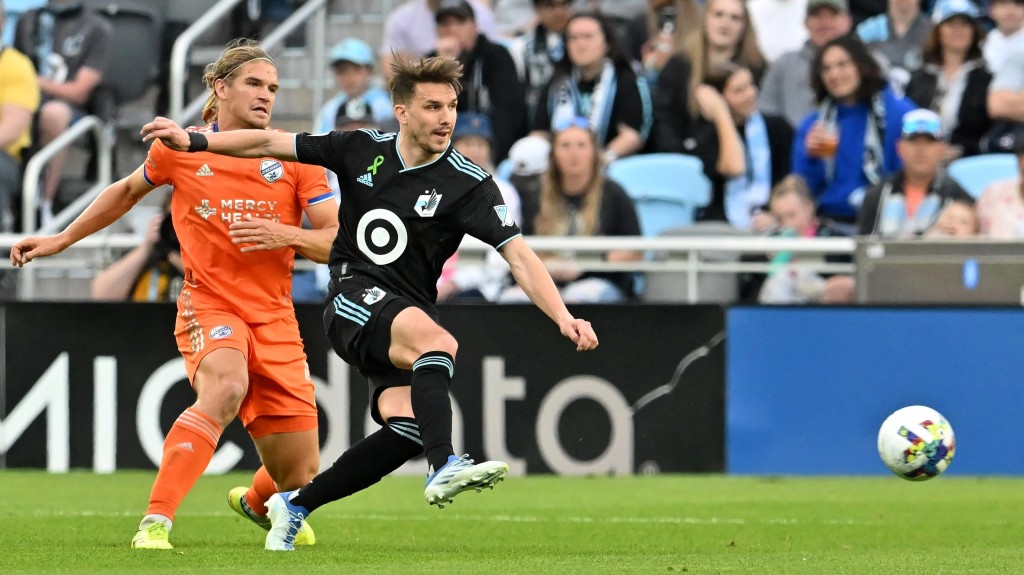 Minnesota United are working to get rid of high-value forward Adrien Hunow.

The Loons have been preparing paperwork to move the unimpressed Frenchman back to his native Ligue 1 with Angers, and it could be approved as early as this week, Pioneer Press learned on Thursday. It is not yet clear what the nature of the deal will be: a loan; credit with purchase requirement/purchase option; or full transition.

Translation of reports from France on Thursday had a deal in the form of a loan with a call option.

Hunou did not attend the Loons practice at Blaine on Thursday, and he could leave the US as early as Friday. MNUFC plays Inter Miami on Saturday night.

Huno arrived in Minnesota with a transfer fee in excess of $3 million from Rennes in Ligue 1 last season, with his guaranteed salary for 2022 listed at $2.68 million, according to the MLS Players Association. The 28-year-old did not live to see his place on the Loons payroll.

The Loons are hoping to make room in the salary budget and one of three spots as designated players in the summer transfer window in July and August. If the move goes through, MNUFC will have three spots on the senior rosters and two spots for international players.

Potential offensive additions are on Loons’ list of targets for this summer.

Huno expressed some frustration at the lack of playing time, but remained professional as playing time ran out. He requested and did play for MNUFC2, the club’s new development team, and he participated in Loons games in the US Open Cup, scoring two goals against lower level opposition.

The deal will end Hunow’s tenure at Minnesota midway through a three-year contract that included an option on the club for 2024. MNUFC is owed the remaining transfer fee payments to Hunou.

Huno arrived in May 2021 and scored seven goals in 1,707 MLS minutes last season, but he was one of the most underperforming MLS scorers compared to his expected goals (10.2), according to fbref.com.